Why do March 8 parties want Lebanon to join the Iranian-Syrian axis? 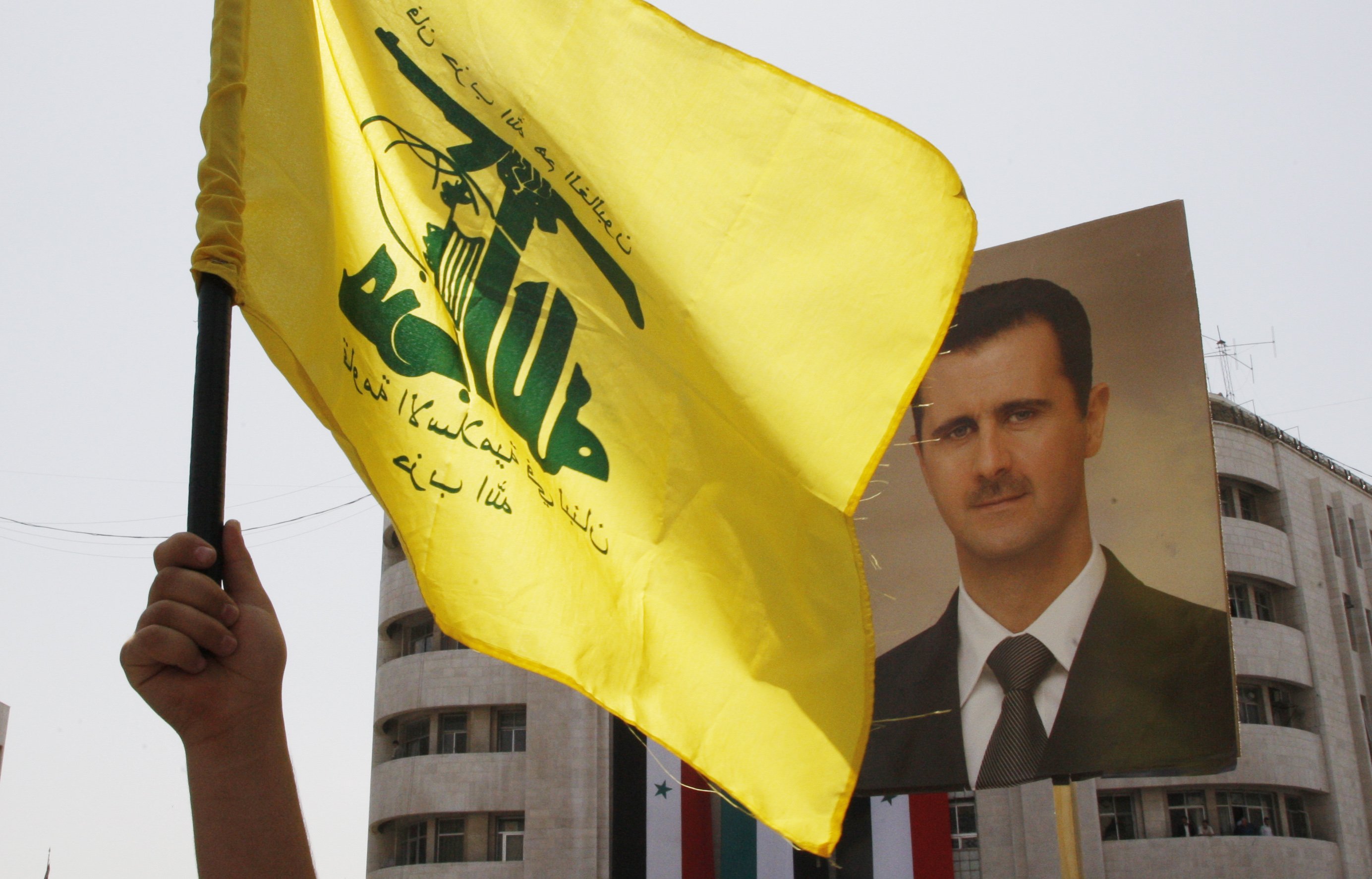 March 8 parties – particularly Hezbollah – in support of the Iranian axis have sought rapprochement with Bashar al-Assad’s regime and they are trying to push the Lebanese state to establish direct political and economic relations with it. March 14 parties, particularly the Lebanese Forces which opposes Syria, objected because Hezbollah’s attempts aim to help the Syrian regime exit its regional and international isolation, to make it present again in Lebanon and enhance economic cooperation as a path to establish more comprehensive strategic relations.

Any rapprochement with the al-Assad regime will deepen divisions in Lebanon and lead to a political crisis which may harm constitutional institutions and lead to tightening American sanctions on Hezbollah in order to harm the Lebanese economy or suspend foreign support for the Lebanese army. Involving Lebanon in the current regional disputes as a player in support of the Iranian axis may subject the country to Israeli aggression.

After Minister of Industry Hussein Hajj Hassan (a representative of Hezbollah in the Lebanese government) said he and Minister of Agriculture Ghazi Zaiter (a representative of the Amal Movement in the government), received an invitation from the Syrian minister of Economy and Trade to participate in the International Damascus Exhibition which will be held from August 17 until August 26, some political parties in Lebanon sought rapprochement and cooperation with al-Assad regime to restore political ties. Hajj Hassan said: “I will participate as minister of industry to hold talks. There are some points that need to be resolved on the level of trade and industry between the two countries. There are political and diplomatic relations between Lebanon and Syria. They have an envoy and we have an envoy.” 14 Lebanese companies will participate in the Lebanese wing in the exhibition organized by the Ministry of Industry. If a minister attends this exhibition, it will be the first visit of its kind to Syria since the armed conflict erupted there in 2011.

These statements sparked a wave of objections inside Lebanon, particularly by the March 14 parties which oppose the Iranian axis. Meanwhile this was met by an opposing wave that supports communicating with Syria.

1. Lebanese Forces leader Samir Geagea confirmed (in a press conference held on August 10) that any Lebanese minister’s official visit to Syria will shake political, security and military stability in Lebanon and will immediately place the country in the category of the Iranian axis thus leading to more sanctions and besieging the country even more.

2. Future bloc Member of Parliament Ammar Houri told (the Voice of Lebanon radio station) that security coordination between Lebanon and Syria has been on for a while but political coordination has been specified by the ministerial statement and by the oath under the principle of dissociation. Houri added that reopening the subject means disturbing national consensus again which is a move that will further complicate matters and cause new divisions and tensions.

3. Kataeb bloc MP Nadim Gemayel commented on the Lebanese ministers’ participation in the Damascus International Exhibition and said there is a regional strategic decision to normalize Lebanese relations with the Syrian-Iranian axis. He added that everything in the country works according to Hezbollah’s pattern while the government covers up deals that leads to continuously pushing the state into a dark tunnel.

4. Democratic Gathering MP Antoine Saad emphasized (in an interview with Al-Fajr radio station on August 10) that the ministers’ visit to Syria violates the constitution and the country’s sovereignty. He said the ministers must not visit in their capacity as ministers or cabinet representatives but must visit in their personal capacity as representing their businesses. He added that some have proposed this visit now because they are conspiring to throw Lebanon into the bosom of the Syrian regime.

1. Parliament Speaker Nabih Berri said (during his Wednesday’s meetings with MPs on August 9) that there are diplomatic relations and agreements between the two countries, adding that all phases proved that communication and cooperation are normal and serve both countries’ interests.

2. Sports Minister Mohammad Fneish (Hezbollah’s representative in the Lebanese government) said a single party does not have the right to make decisions on its own. He said it’s not strange for a Lebanese minister to visit Syria considering there are diplomatic relations and agreements between the two countries; therefore, no one has the right to object.

3. Foreign Minister Gebran Bassil (head of the Free Patriotic Movement) responded to those opposing to Hezbollah and Amal ministers’ Syria visit and stated that there are relations between Lebanon and Syria. He added that Lebanon appointed a Lebanese ambassador in Syria a while ago.

The most important reasons March 8 parties called for communicating with Syria are:

1. End the Syrian regime's regional isolation by promoting the idea that al-Assad regime still controls the situation in Syria and that it’s the only legitimate power that must be dealt with – like several countries in the region, primarily Iran and Iraq, are dealing with it. They’re also promoting the idea that the demise of other parties in Syria calls for responding to calls to deal with al-Assad regime and that Lebanon will make the initiative to do so in the next phase especially that the two countries have a lot in common on the economic, political and security levels.

2. Reproduce Syrian presence in Lebanon which many political powers, especially the Future Movement, are worried of. Lebanese Forces sources warned that the Syrian regime had negative presence in Lebanon during three essential phases – during the Lebanese war, during its occupation of Lebanon and during its attempt to control the domestic scene via intervening and carrying out operations, such as the explosions related to Michel Samaha and the explosions which targeted the mosques in Tripoli. This shows the Syrian regime’s permanent desire to infiltrate Lebanon, and it also indicates that March 8 parties are paving way for this.

3. Enhancing Lebanese-Syrian economic cooperation especially in the field of energy. What indicated this is the deal which Minister of Finance Ali Hassan Khalil recently signed with the Syrian government to supply Lebanon with electricity, 300 megawatts for 400 billon Lebanese Liras. Within this context, Syrian Minister of Electricity Mohammed Zuheir Kharboutli said “Syria continues to supply the Lebanese state with electricity.” This pushes the Lebanese state to increase dependence on Syria which supports enhancing bilateral economic relations in the future in an attempt to develop them into more strategic relations.

Communicating with al-Assad regime will have a series of repercussions that will affect the Lebanese state such as:

1. Increasing domestic political disputes as a result of the policy of regional axes. This policy affects Lebanon where the political scene is divided between March 14 parties which oppose the Iranian-Syrian axis and March 8 parties which support this axis. The former rejects any cooperation with Iran or Syria while Hezbollah seeks to increase Syrian and Iranian presence in Lebanon. This has led to debates during the cabinet meeting held on August 9. The meeting confirmed the principle of dissociating Lebanon out of fear that disputes will erupt between ministers and paralyze the cabinet. The cabinet thus stated that if any minister wants to visit Syria then he must go in his personal capacity and not in his capacity as minister.

2. Imposing sanctions and suspending military support to Lebanon. Many Lebanese sources believe that Lebanese ministers’ visit in their official capacity as minister to any official event organized by al- Assad regime reflects an official Lebanese recognition of the Syrian regime which is besieged by Arab and foreign countries. This may subject Lebanon to sanctions, including tightening American sanctions on Hezbollah in a way that targets banks and the Lebanese economy or suspends aid which western countries provide to Lebanon, especially American and European aid. This will harm the Lebanese state particularly in its war against terrorism.

3. Listing Lebanon in the regional settlement. Attempts to involve Lebanon in the Syrian crisis tends to turn Lebanon into a card which Tehran, Damascus and Moscow can use against regional countries and the US, especially that Lebanon is a neighbor of Israel which is anticipating the growth of Hezbollah’s power and influence in the region. This will increase resistance powers in the region thus further subjecting the Lebanese state to Israeli military hostilities. It will also increase economic pressures exerted by the international community, particularly American pressures. One must keep in mind that the Lebanese state’s fragility and lack of independence makes Lebanon the first country to be sacrificed when a regional settlement is reached.