General Raheel Sharif as the Head of IMAFT 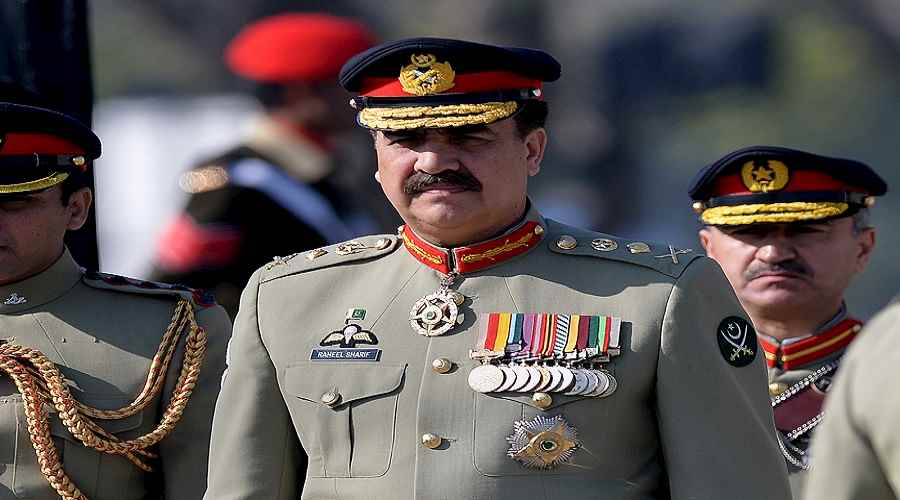 In January, Saudi Arabia announced the appointment of former Pakistani Army Chief General Raheel Sharif as the head of Islamic Military Alliance to Fight Terrorism (IMAFT). The positioning of Pakistan’s most celebrated Military Chief at the helm of IMAFT is a development that has become a focal issue in the only nuclear power of the Muslim world.[i]

Historically, Pakistan, and particularly its military, has maintained a strong strategic partnership with Saudi Arabia. During the Iran-Iraq war, 15000 Pakistani troops were stationed in the Kingdom to boost up its security.[ii] Saudi cadets have been trained at various forces academies in Pakistan. Pakistani Military has repeatedly reiterated that the security and physical integrity of Saudi Arabia are equally important as that of its own. This sums up the rationale why Saudis pinned their eyes on Pakistan Army for such a prestigious position.

The choice of General Raheel is attributed to his close ties with Saudi leadership, as he has been a frequent visitor to the Kingdom.[iii] General Raheel has been credited with a successful military campaign against terrorists in Pakistan. Countering terrorism was made a focal point in military training and strategies during his reign.[iv] Pakistan Military not only cleared the Tehreek-e-Taliban Pakistan stronghold of North Waziristan, but also initiated intelligence-based operations alongside civil administration mainly in the coastal metropolis of Karachi.[v] Thus, in Pakistan, he has been given the credit for weakening the forces of terror.

In Pakistan, his appointment has been discussed widely within various platforms, from the floor of parliament to Pakistani social media forums. Pakistan Tehreek-e-Insaf (Pakistan Justice Movement-PTI) has been the main political force opposing this move. PTI is concerned that this move might have negative implications on the Pakistani - Iranian relations, and can further exacerbate Sunni-Shi’ite rift within Pakistan.[vi]

It is pertinent here to put the Pakistani domestic political situation into context. PTI, being the main opposition party in Pakistan, started a countrywide movement against the government, claiming that it rigged the elections. After the unsuccessful end of this political agitation, PTI had raised the issue of the off shore assets of Pakistani Prime Minister - disqualified now - as highlighted in Panama leaks.[vii] Accordingly, both sides have essentially opposed each other in the parliament. In 2015, Pakistani Defence Minister criticized PTI when it finally re-entered parliament to attend its joint session to discuss the Saudi request to send Pakistani troops to Yemen. This very action of a government minister sabotaged the environment for an objective debate within the parliament and PTI alongside other opposition forces insisted that Pakistan should remain neutral in Yemen war and also not to send its troops. The government, in order to pass a unanimous resolution, had to accept the additions recommended by PTI in its resolution.[viii]

Aside from the criticism by PTI, Majlis-e-Wahdat-ul-Muslimeen (MWM), accused of clandestine linkages with Iran, had been at the forefront of criticism of this appointment and stressed that the General should decline this position. On the other hand, banned Sunni sectarian organization Ahle Sunnat Wal Jammat (ASWJ) supported the decision.[ix]

In the realm of social media, the issue garnered a broad discussion. PTI social media activists and Shi’ite social media pages criticized the decision. On the other hand, other accounts linked to sports stars and rather “common” Pakistani users hailed the appointment, describing it as a massive honour for the nation.[x]

Amongst foreign actors, Iran has expressed its concerns to the Pakistani government in this regard. Iranian Ambassador Mehdi Honardoost termed the military alliance as controversial and Pakistani involvement within it as unacceptable.[xi]

This appointment also highlights the viewpoint prevailing within Pakistani security institutions. General Raheel’s acceptance of the job is simply not a matter of personal choice, but is closely linked to the strategic outlook of Pakistani Military vis-à-vis the Middle East.

Pakistani security forces have been gravely concerned about the activities of the Indian Intelligence Agency RAW (Research and Analysis Wing) in Iran. After the capture of Kulbhushan Yadav, an Indian spy and serving Indian Navy Officer with a valid Iranian Visa, Pakistan asked Iran to stop allowing the utilization of its soil by Indian intelligence against Pakistan. These RAW operatives had been systematically targeting Pakistani security forces and civilians. Their actions have resulted in huge loss of lives, deterioration of law, and instability in the country. The person who conveyed this message to the Iranian President during his visit to Pakistan was no one other than General Raheel Sharif[xii].

Another issue that has strained the bilateral ties has been the recruitment of Pakistani Shi’ites by Iran outlets to fight for the Assad regime. Pakistani security circles consider this activity threatening for the already sensitive sectarian environment. Thus, the government banned an outlet involved in this activity.[xiii]

This move of General Raheel’s appointment could also be taken in this context as a message to Iran that its activities to create a fifth column inside Pakistan will not be tolerated. Meanwhile, a report suggested that Pakistan would help the Kingdom in improving the security of its southern border through deploying a combat brigade of Pakistani troops[xiv]. This clearly indicates that cooperation between Saudi Arabia and Pakistan is reaching a level where they might be doing joint kinetic operations.

IMAFT is of paramount significance, especially in context of the ongoing regional proxy wars. In future, it can act as a platform to integrate the individual counter terrorism efforts and strategies of Muslim countries into a supra-national policy and action framework. Most critically, it can become a starting point to actively counteract the rising Iranian political clout in the region. It can further obstruct the Iranian strategy of using non-state armed groups and challenging the writ of state to destabilize the Middle East.

A joint military and intelligence forum can effectively address these non-conventional security threats. Putting up a counter terror specialist like General Raheel at the head of such a body is a positive start, but this must be followed by steps to garner political consensus for this project. IMAFT focus should be on counter terror and counter insurgency tactics, but its actions should also be supplemented by proactive diplomatic posturing and initiatives to address governance issues.[xv] If the member states remain committed to this initiative, such an entity will not only be effective in combating terrorism, but can also act as a bulwark against revisionary political forces in the region.

[vii] Khaleeli, Homa. "Imran Khan on the Panama Papers: 'The coalition of the corrupt help each other'." The Guardian. April 19, 2016. Accessed August 10, 2017. https://www.theguardian.com/lifeandstyle/2016/apr/19/imran-khan-movement-justice-nawaz-sharif-sadiq-khan-zac-goldsmith-panama-papers.