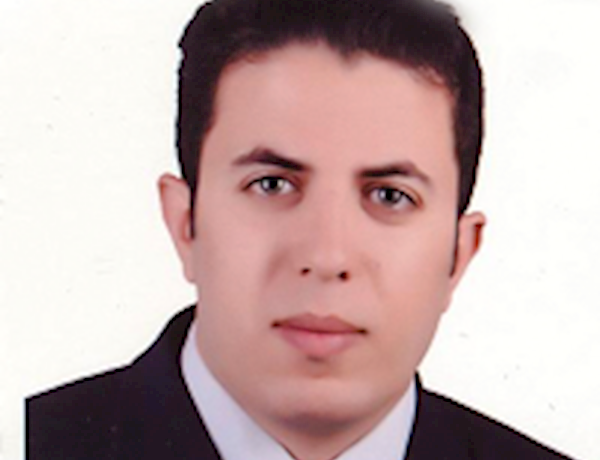 The measures taken by the Arab quartet to confront Qatar’s funding of terrorism led to significant decline in Qatar’s economic performance and to currency fluctuation. Credit rating agencies decreased their rating of Qatari bonds after Gulf deposits in some Qatari banks decreased. This is in addition to the exit of investment flows from the Qatar Stock Exchange. As a result, Qatar’s Central Bank had to withdraw part of its assets to support the banking sector and the stock market.

Doha confronts more dangerous scenarios such as Arab countries’ orientation to cooperate with the international community to take escalatory measures against the Qatari economy. This will aggravate the economic difficulties facing Qatar. Liquid assets will decrease in Qatari banks and more investments will exit the country. This will force Doha to either liquidate more of its assets overseas or to give up the policy of the riyal’s peg to the US dollar. This will eventually weaken Qatar’s financial position and decrease the chances of Qatar’s economic growth.

Before the Qatari-Gulf crisis erupted on June 5, global economic and financial institutions’ evaluations of the financial and banking situation in Qatar were very similar as their reports always confirmed the coherence of the country’s financial position despite the decrease of global oil and gas prices since mid-2015.

These evaluations were based on Qatar’s huge financial reserves which were saved throughout the years. Before the crisis, these reserves amounted to USD 370 billion, which is the total of the foreign exchange reserves at the Central Bank and assets at the Qatar Investment Authority. Previous balances made Qatari officials note that Qatar’s economy is capable of withstanding economic pressures. The Central Bank governor said in July that Doha can employ around USD 340 billion to confront the crisis.

Meanwhile, a review of the the size and structure of Qatar’s financial reserves revealed a different picture as Qatar’s financial position may not have the required power to withstand the crisis’ negative repercussions. A number of global economic evaluations show that Qatar may only be able to use part of its domestic or overseas assets to support governmental companies or finish the World Cup 2022 projects or keep the riyal pegged to the US dollar.

In fact, Qatar cannot fully depend on its overseas assets to support its financial situation. According to western estimates, Qatar will be able to liquidate between 45 percent and 55 percent of its overseas assets which is equal to around USD 150 billion and USD 180 billion. In June 2016, these assets were worth USD 335 billion. Keep in mind that real estate and financial assets may be difficult to liquidate quickly. The Qatar Investment Authority has shares in major foreign companies that are listed in the London, Paris and Hamburg stock exchange and can be easily sold but with possible losses.

Doha will not be able to liquidate a huge part of its local assets amid the current crisis. This increased the negative outlook towards investment in the Qatari market, knowing that the value of its domestic assets are between $80 billion and USD 105 billion and include major companies like the Qatari Diar Real Estate Investment Company and Qatar Airways.

It seems Qatar will have to use a big part of these financial reserves to pay for its foreign financial commitments, particularly the short-term ones. According to the credit rating agency Moody’s, the pace of Qatari public debt greatly increased in 2016 as it reached around 150 percent of the gross domestic product compared with around 111 percent in 2015.

Qatar’s financial and economic situation seems less stable two months after the crisis erupted and after measures were taken against Qatar. The Qatari currency and stock exchange witnessed fluctuated performance during the past phase while a number of credit rating institutions reconsidered their evaluation of Qatari bonds. Standard & Poor's, for instance, downgraded Qatar’s credit rating to AA- from AA. Commenting on the move, Standard & Poor's said: "We expect that economic growth will slow, not just through reduced regional trade, but as corporate profitability is damaged because regional demand is cut off, investment is hampered, and investment confidence wanes.”

Meanwhile, the Qatari banking system confronted pressures that increased with the decrease of the available liquid cash and which resulted from the decrease of non-resident deposits by 7.5 percent from about 184.5 billion riyals in May 2017 to 170.6 billion riyals in June, i.e. they decreased by 13.9 billion riyals (USD 3.7 billion). Qatari estimates indicated that around USD 6 billion exited the Qatar Stock Exchange in June after the increased selling of Qatari stocks particularly during the first weeks of the crisis.

Following this loss, Qatar’s Central Bank had to pump huge amounts of liquid foreign cash into Qatari banks and the stock exchange. This affected foreign reserves at the Central Bank as they declined by around USD 10.5 billion and reached USD 24 billion in June. This marked a 30 percent decrease from the previous value. Reserves thus hit their lowest level in at least five years. Qatar’s fiscal space decreased as a result of the crisis which only occurred two months ago.

Qatar is expected to confront worse difficulties if the crisis is not resolved as Qatari banks are expected to lose more non-resident deposits and more foreign capitals are expected to exit the Qatari market. Bank of America predicts USD 35 billion of outflows from Qatar's banking system within one year if another Arab country severs financial ties completely with Qatar. The assets of Qatar's sovereign wealth fund or the Central Bank’s reserves will further drop in the upcoming phase. This may push Doha to give up the policy of the riyal’s peg to the US dollar especially that it’s possible for more foreign investments, particularly short-term ones, to exit Qatar. This is in addition to repaying foreign debts.

Finally, it is possible that the depletion of reserves will increase and that the value of Qatari assets will decrease if the Arab quartet cooperates with the international community to impose measures that pressure Qatar to stop it from funding terrorism. This will lead to decline in the country’s economic stability and weaken Doha’s global financial position.