Why did Iran Escalate Against its own Kurds in Iraq? 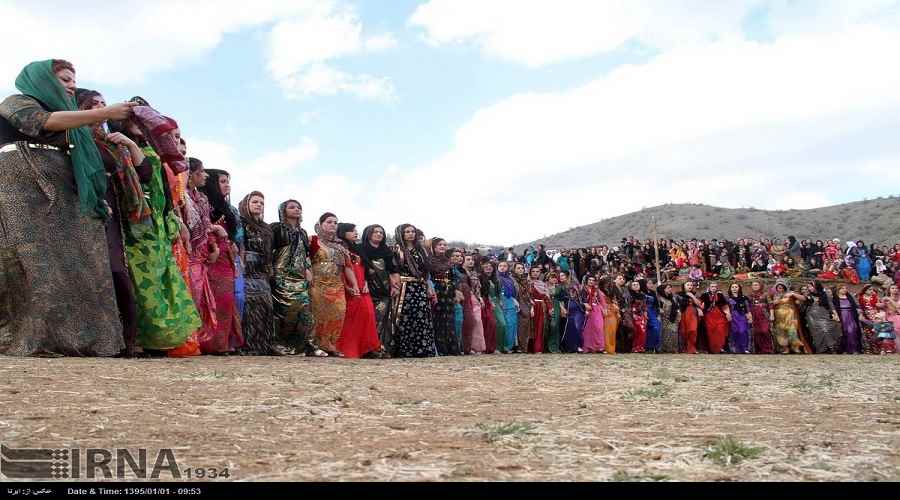 The Iranian bombing of villages and border areas inside Kurdistan Iraq, on July 3, 2017 was justified by Tehran as a response to the attacks launched by the Iranian Kurdistan Democratic Party and Free Life Party (PJAK) on the Islamic Revolutionary Guard Corps (IRGC) bases. In addition, Iran also demanded residents of the border areas to evacuate their homes in preparation for new attacks inside Iranian territories. However, this may not be the overriding goal behind the recent offensive against Iranian-Kurdish groups' positions inside Iraq.

This move, which was not the first of its kind, is inseparable from the overall developments happening in the Iraqi arena lately. It is closely connected with other issues such as the defeat of "ISIS" in Iraq after the liberation of Mosul, Iranian rejection of the referendum to be held in Kurdistan in September 2017 to secede from Iraq, and mounting tensions with the U.S, which accuse Iran of supporting terrorism and violating international sanctions due to the roles of Iranian military officials outside their borders.

Through the recent military escalation against some armed Kurdish opposition groups, Iran is trying to achieve many goals, chiefly the following:

1- Achieve political gains from the defeat of "ISIS": Iran began to move on the Iraqi scene in pursuit of political gains, with the liberation of the city of Mosul and the defeat of "ISIS". This is paralleled by allegations Tehran promotes that it played a major role in the war against "ISIS" in northern Iraq, not only by the People's Mobilization Forces loyal to it, but also through its advisory and logistical support to the Iraqi forces.

Undoubtedly, Iran is aware that the end of fighting against "ISIS" in northern Iraq would be followed by drafting new political and security arrangements for dealing with the new realities on the ground. Hence, Tehran sought to send messages to political parties, concerned with Iraqi developments, that Iran is a major player that cannot be ignored in those arrangements, especially given the emerging calls by certain forces, opposed to Iranian influence in Iraq, to stop its interventions. Among those was the Iraqi Vice-President Iyad Allawi, who accused Iran, on June 16, 2017, of supporting Iraqi Shiite groups and obstructing efforts aimed at transcending sectarian divisions before next year's parliamentary elections.

Strikingly in this context, Iranian officials began, as the end of the battle of Mosul, to promote for the role of Iran in the war against "ISIS" in northern Iraq. Moreover, President Hassan Rouhani stated, in his letters to the Iraqi President Fouad Massoum and Prime Minister Haider Abadi, marking the approaching end of the battles against "ISIS", that "The Islamic Republic considers itself a partner in salvation from the savagery of ISIS."

This could explain the reasons behind the Iranian media’ deliberate coverage of the visit made by Qassem Suleimani, the Commander of the IRGC' Quds Force, to the People's Mobilization Forces on the Iraqi-Syrian border in early June. This visit drew negative international responses condemning it as a violation of sanctions against Iran that prohibit the travel of some officials outside Iranian borders, and an indicator of the country’s support for terrorism given the numerous violations committed by the militia in Sunni areas in Northern Iraq.

But Iran wanted, through this media coverage, to assert its role in the war against "ISIS" whether in Iraq or in Syria, where it has made unremitting efforts to establish a strategic corridor that connects it with Iraq and provide it with access to the Mediterranean Sea. This will also enable it to continue its support to the Syrian regime and "Hezbollah" and allied sectarian militias in Syria in the future that would inevitably alter the balance of power within Syria.

2- Assert its role in the war against terrorism: President Hassan Rohani’s government is keen to send messages to international powers, particularly the U.S., that it is a reliable party in the war against "ISIS" despite the outstanding differences between Washington and Tehran. These differences may exacerbate in the coming period due to the hard-line policy by the administration of President Donald Trump, which was evident in accusing Iran of supporting terrorist organizations and hindering efforts to reach solutions or settlements to various regional crises.

In other words, the Iranian government is utilizing the attacks that took place in Tehran, on June 7, which targeted the administrative building of the Islamic Shura Council (Parliament) and the shrine of Khomeini, besides the allegations concerning its role in defeating "ISIS" in northern Iraq. Tehran  seeks to assert that the war against terrorism can be a basis for agreement rather than conflict with Washington. Tehran also wants to reduce its differences with the U.S., push Washington to change its policy towards Iran, and support opportunities for the continuation of the nuclear agreement. This is especially important for Rouhani’s government, with the second presidential term to start in August 2017, to be able to attract more foreign investments, boost financial and banking transactions between Iran and foreign countries, and improve Iran's relations with international powers.

3- Serve as indirect warnings to Iraq's Kurds: it is important to note that the recent strikes by the Iranian army artillery against Iranian Kurdish opposition groups, which use locations in Kurdistan Iraq as a springboard for launching attacks inside Iran, were concurrent with Iran's announcement that it rejects the referendum of Kurdistan Iraq in December 2017, to secede from Iraq.

Iran believes that such a step could have many negative repercussions on its security and interests. In this context, Iran and Turkey refuse the establishment of a Kurdish State, which may push Turkey and Iran's Kurds to adopt the same policy in the coming period. This comes in parallel with the prominent role of Kurdish militias in Syria in the war against "ISIS", particularly in Raqqa city, which enjoys special support from the U.S., a development that may prompt Syria's Kurds to demand political gains post ISIS.

This seemed evident during the visit of the Iraqi Prime Minister Haider Abadi to Iran, during which he met with Iran's Supreme Leader Ayatollah Ali Khamenei, on June 21, 2017, where the latter stressed that "As a neighbor, the Islamic Republic is opposed to the holding of a referendum for the separation of a part of Iraq".

Apparently, this is what prompted Iran to exploit those strikes to assert its capacity to move inside Iraq to prevent any steps incompatible with its interests and calculations of the political scene in Iraq. Therefore, it might be argued that this step taken by Iran will not be the last, as it appears ready to send multiple messages to the Iraqi political forces in the coming period to assert its role a key player in the process of rewriting the political and security arrangements in Iraq after defeating "ISIS" in northern Iraq.