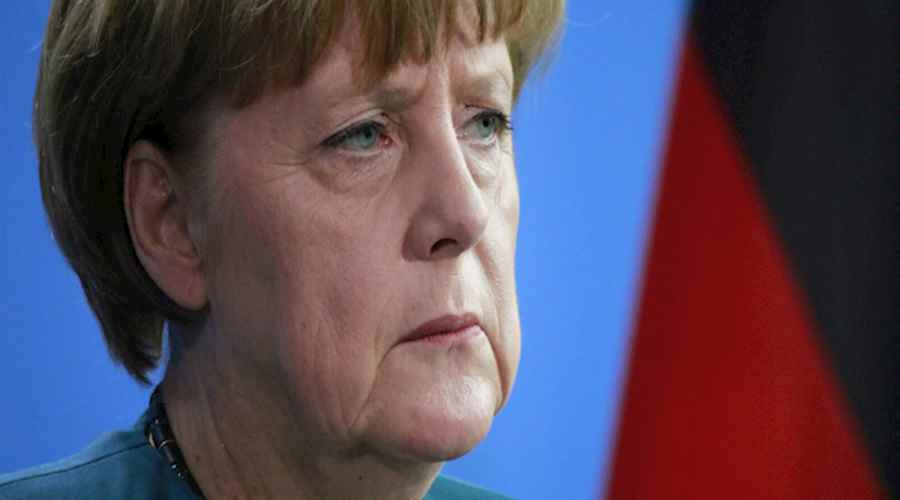 Germany’s interests in the Middle East have become more obvious after internal conflicts broke out in some of the region’s Arab states. These interests are reflected by a German consistent foreign policy hinging on political settlements, economic and developmental projects as well as intelligence understandings, in addition to the non-involvement of Germany's armed forces in military operations outside German territory and the fact that - unlike Britain, France, Spain and Italy - Germany does not have a colonial past in this region.

Germany is apparently transforming from a “silent player” into an “active player” in regional interactions. Its transformation became more evident after Brexit in mid-2016, with Berlin becoming influenced by threats emanating from the Middle East - terrorism and illegal migration in particular- and determined not to walk away from the arena and let the United States and Russia monopolize determining the trajectories of Middle East conflicts. Berlin is seeking to capitalize on its effective role in the G20 summit during a conference on the ‘G20 African Partnership Initiative’, to be held in Berlin from June 12-13, 2017.

Former Federal President Joachim Gauck at the 50th Munich Security Conference in 2014 said that it is time Germany played an effective role in the Middle East, especially because it possesses political, military and economic capabilities for that. He even called for an end to Germany’s self-restraint policy while taking on a bigger role in international affairs. Gauck said that Germany cannot simply carry on as before in the face of developments in the Middle East and should therefore participate in international conflict-resolution.

Chancellor Angela Merkel, currently, relies on key pillars for Germany’s policy towards Middle East conflicts. These pillars can be presented as follows:

1- Supporting strategic partnerships with major states in the Middle East. This was evidenced by visits made by Merkel to Saudi Arabia, United Arab Emirates and Egypt to hold talks on how to consolidate bilateral political, economic, developmental and security relations as well as enhancing understanding with these states on  Syria, Yemen and Libya and combating extremist and terrorist groups. The talks were driven by fears that the risks facing states in the region will spill over to other states including Germany.

This came amid increasing deterioration in German-Turkish relations. Most recently Germany decided to withdraw its soldiers stationed at Incirlik airbase in southern Turkey, a center for operations for air forces from member states of the US-led Global Coalition to Counter ISIS. Among the main reasons for the decision are Turkey’s refusal to let German lawmakers visit the troops at the airbase on May 16, as well as Germany’s refusal to extradite supporters of Fethullah Gulen - the cleric Ankara accuses of masterminding last year’s failed coup- along with German-based elements of the Kurdistan Workers Party (PKK).

However, there are main reasons of disagreement and mounting tensions between Ankara and Berlin. One is that Germany has granted asylum to Turkish military officers involved in the July 2016 failed coup in Turkey. Another reason is that militants of German nationality joined the mainly-Kurdish People's Protection Units (YPG) which is the backbone of the the so-called Syrian Democratic Forces (SDF) in Syria, which is a mixture of Kurdish and Arab militants backed by Washington. Ankara has repeatedly expressed its rejection of the Kurdish forces in the vicinity of the Turkish border with Syria.

2- Settlement of conflicts in Arab states. Germany’s view is that the political path is the most effective option for addressing explosive conflicts in Libya, Syria and Yemen. Bashar al-Assad stated on several occasions during 2012 and 2013 that he did not exclude Germany’s mediation in the Syrian conflict. Moreover, Merkel, during her recent visit to Riyadh in April, offered mediation to solve the conflict in Yemen.

In August 2016, the Berghof Foundation, an NGO involved in supporting global peace, hosted representatives of the parties to the Yemeni conflict in coordination with the United Nations Special Envoy to Yemen, Ismail Ould Cheikh Ahmed, for informal negotiations. More recently, on May 16, 2017, Yemen’s Prime Minister Ahmed Obeid bin Daghr met with Sigmar Hartmut Gabriel, German Minister for Foreign Affairs and Vice Chancellor to explore the possibility of settling the Yemeni conflict, in light of the fact that Germany is the third largest donor to Yemen.

Earlier, on April 17, 2017, German Ambassador to Kuwait Karlfried Bergner told the Kuwaiti newspaper Al Rai that there are similarities between the policies of Germany and Kuwait in terms of their pursuit of peace and mediation in regional crises and conflicts. He also said that the two countries share the conviction that conflicts should be solved through political and not military means.

Germany acts as a mediator in efforts to solve the Ukrainian crisis, while Kuwait is mediating in the Yemeni crisis and playing a role in easing off the dispute between Qatar and other Gulf countries and supporting dialogue between Iran and Arab Gulf countries.

3- Maintaining regional balance of power. Germany’s foreign policy seeks to establish stability in the Middle East that that is built on a balance between key regional powers that are involved in, or have increasing influence on regional conflicts, compared to other states.

That is because the German government wants multi-polarity in the Middle East. Within this context, Merkel, during a joint press conference with the Mexican President Enrique Pena Nieto on June 9, 2017, noted that no party should be excluded from political solutions to crises in the Middle East.

4- Combating Cross-border terrorist Organizations. Terrorism is increasingly threatening Germany’s national security, especially after the truck attack carried out by ISIS member Anis Amri ramming a lorry into a crowd at a Berlin market on December 19, 2015, killing 12 people and injuring dozens others. The attack was carried out after ISIS called for attacks against “the coalition of crusader countries”, in particular those granting asylum to people fleeing conflicts in Syria and Iraq. It also came after Germany's lower house of parliament (Bundestag) approved, on 4, December 2015, federal government plans to join the military campaign against ISIS in Syria and Iraq and mandate the German army to engage in a mission to combat terrorism.

However, such a battle is a long-term process. Head of the German Armed Forces Association at the parliament, Andre Wuestner, said he was working on the basis that this fight, if it is taken seriously, will go on for well over 10 years. Nonetheless, Germany’s approach is not limited to countering terrorist organizations but also includes states that support and fund them.

Within this context, a number of prominent politicians raised suspicions about the prospect of Qatar hosting the 2022  World Cup. Volker Kauder, leader of the parliamentary bloc of Merkel’s Christian Democratic Union, told the German newspaper Passauer Neue Presse, on June 7, 2017, that the accusations are so serious that a serious discussion should be made about hosting the World Cup In Qatar. He also noted that it cannot be imagined that an international championship can be held in a country that provides wide support to terrorism. Claudia Roth, Green Party MP and Vice President of the German parliament, in an interview with German newspaper Die Welt, said the current developments are another evidence that Qatar is not the suitable place for hosting the World Cup.

5- Countering Militias. Germany’s foreign policy view militias have become closer to becoming parallel armies filling the vacuum created by the collapse of regular armies in the Middle East, which is due, in particular, to support extended by regional powers such as Iran, to exacerbate instability in the region.

This was clearly voiced by German Vice Chancellor and Foreign Minister Sigmar Gabriel, during a joint news conference with his French counterpart Jean-Yves Le Drian on May 22, 2017. Gabriel said, “Iran must stop supporting armed groups in Syria and Iraq that contribute to the destabilization of the Middle East if it wants good relations with the West.” He added that “in many conflicts in the region, Iran plays a difficult role, especially in Iraq and Syria. The message must be that we are ready to work with the new government but we expect Iran to behave responsibly in the region, to support not terror but the politics of peace.”

6- Rejection of setting up refugee camps in conflict zones. Germany adopted this position for Libya, in particular after the Government of National Accord (GNA) headed by Fayez al-Sarraj signed an agreement with Italy, with support from the United Nations, in February 2017. German Foreign Minister, on May 2, 2017, stated that Germany will not support plans to set up camps for migrants attempting to reach European countries because the camps existing on the ground already show horrible and catastrophic conditions in Libya, which means that setting up more camps will not be a solution. This, he noted, is not in line with the policies pursued by Germany and the European Union. “What we are trying to do instead is to establish stability in the states of this continent", especially after instability in Libya has weakened the EU’s efforts to curb the influx of migrants to Germany via Greece because of a lack of certain plans by the GNA government to protect Libya’s coast from illegal migrants.

7- Contributing towards reconstruction in post-conflict countries. This would generate economic gains for German companies. Within this context, it should be noted that German scholars from the Brandenburg University of Technology Cottbus–Senftenberg, announced, in May 2017, that they have created a super-detailed map of the Syrian old city Aleppo including all its treasures. The scholars will put the map online to make it available to anyone wishing to participate in the eventual reconstruction of Aleppo. The map replicates the ancient walled ancient city with its souqs, hammams, mosques, churches and residential dwellings, with infinite precision and detail. In total, some 16,000 plots have been traced, as well as 400 floor plans of the main buildings of the city. The map can contribute towards laying a foundation for Syria’s economic capital to recover some of its old splendour.  The University is handling the project with the German Foreign Ministry and German Archaeological Institute.

In conclusion, Berlin seeks to revive its role in conflict zones in the Middle East to serve its national interests. Germany’s security may emanate from Syria or Libya, which is based on the view that if you don’t come to the Middle East,  the Middle East will come to you, in particular its organized and random terrorism and illegal migration. Accordingly the German government has to be involved in entrenching the foundations of nation states, regular armies and legitimate governments, while also mediating in armed conflicts and playing a role in expanding the war on terrorism and curtailing the influence of militias.