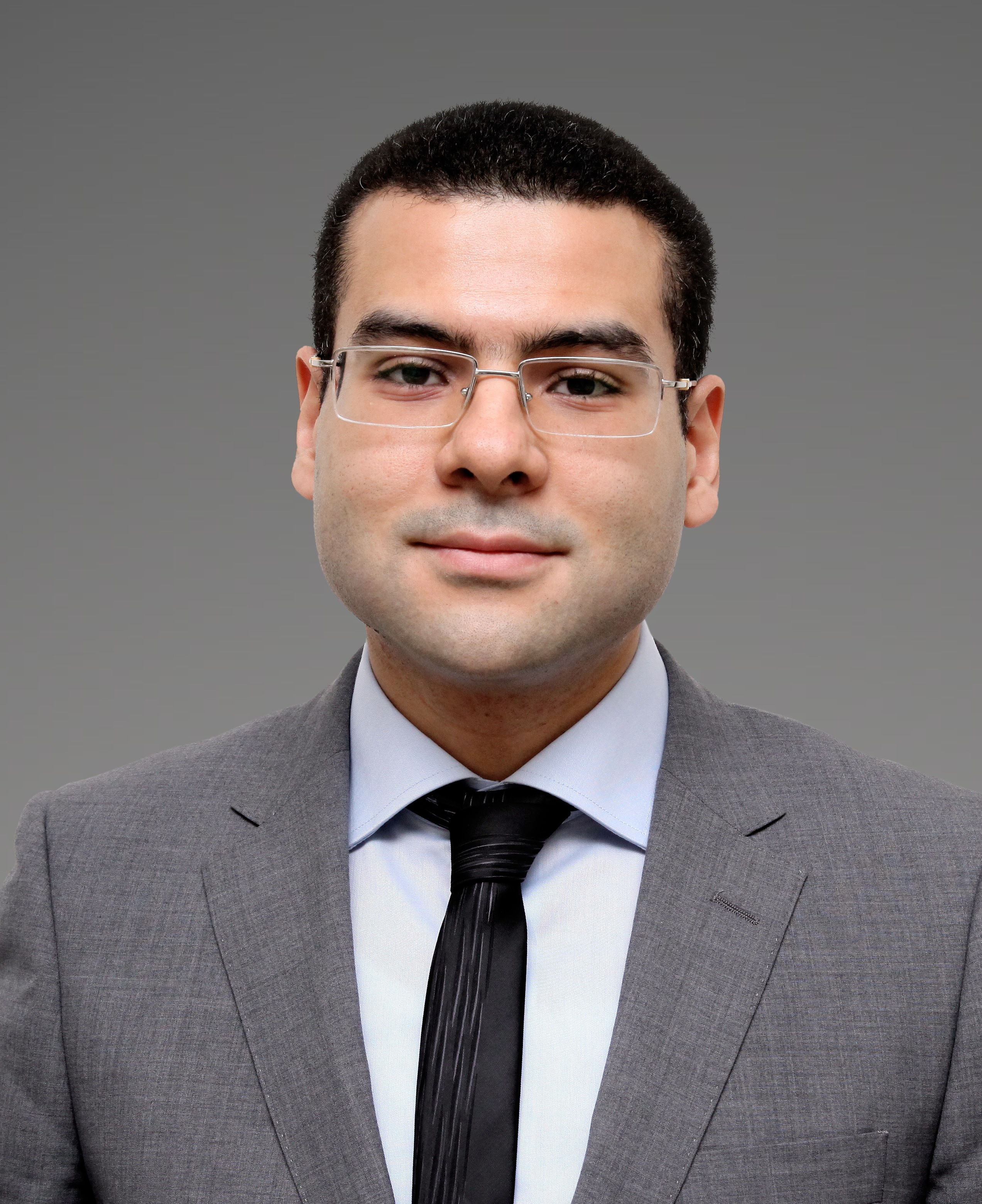 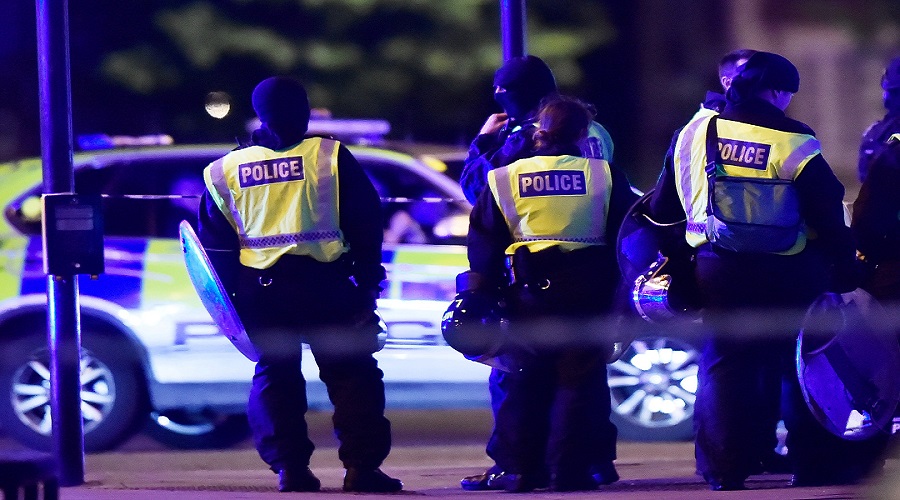 The June 4th London attacks on London Bridge and Borough Market by three terrorists, resulted in killing seven people and wounding dozens others.[1] This attack is the third to strike Britain in three months, all with the participation of radicalized British Muslims, who have been known to the security forces for different reasons, whether for their criminal background or for their extremist activities. This has led to rising criticism for Britain’s security policies.

The last attack is similar to other attacks carried by ISIS sympathizers, as they use the same techniques and aim mainly at civilian gatherings to increase the number of causalities. In this regard, several features stand out.

1-     ISIS footprint: ISIS continued to inspire Lone wolf terrorists to carry out attacks in the west. The style of the attack also confirms with most of the attacks connected to ISIS in Europe that have mainly used vehicles, knives or guns.[2] The most notable exception is Manchester attack, in which the assailant used a bomb. ISIS guided his followers to attack civilians, in the streets and the transport system, in order to maximize fear among Britons and show the vulnerability of the security measures taken by the police and the army. This recent attack indicates that ISIS has become more successful in urging extremists to target Britain.

2-     Maximum Casualties: The attackers utilized several techniques, in order to increase the number of causalities. First, the attackers rammed into pedestrians on London Bridge with a van. Then, the three attackers left the van and went to Borough Market where they attempted to stab a number of people. [3]

3-  Increasing frequency of attacks: UK has witnessed three attacks since 2017. The time interval between the Westminster attack on March 22nd and Manchester attack on May 22nd is two months. The time interval between Manchester attack and the last attack is less than two weeks. Moreover, these attacks were conducted by Lone wolfs or an autonomous cell, who are not related to each other. This means that the number of potential extremists willing to carry out violent attacks is higher than expected, which indicates that the terrorist threat is significant.

The subsequent terrorist attacks that hit Britain opened a debate about the efficiency of Britain’s security forces, especially, when it was revealed that one of London attackers appeared in a television documentary on homegrown violent jihadism. Despite it is evident that there may be some security flaws, but on the other hand, the extremist threat in Britain is greater than the security forces capability to counter. In this respect, one could point to the following conclusions:

However, this de-escalation came at a time, when ISIS warned of more “severe” attacks in Britain in the aftermath of Manchester attack on May 22nd[5], and renewed its call to sympathizers on May 26, 2017, to launch attacks in Britain during the holy month of Ramadan.[6] One possible explanation is that security services did not take ISIS call seriously. Another possibility is that the terrorist individuals become more aware of the security measures, and was able to evade them. This may be evident in May 22nd terrorist attack in Manchester, where the British police couldn’t rule out, whether the attack was the work of a lone wolf or a terrorist network,[7] despite arresting twelve men in connection with the investigation.

It is noteworthy that this recent attack came after tightening security measures that London implemented in the aftermath of Manchester attack, which included recalling the army to defend the streets with police, and patrolling Britain’s trains by armed officers for the first time, and implementing anti-terror powers to carry out more stop and searches.[8]

2-    Heightened threats: British Interior Minister Amber Rudd, cited figures provided by MI5, that the security services are “looking at 500 different plots” with 3,000 possible terrorists on the “top list” and 20,000 “underneath that”. Moreover, security officials are having a difficult time determining which individuals will commit terrorist attacks. [9]

The imminent threats posed by terrorist organizations, is also evident, when security officials revealed that five UK terrorist plots were stopped between Westminster attack and Manchester bombing. These increased terrorist threats could be attributed to the presence of extremists’ incubators in some British cities, especially Birmingham. The consecutive British governments’ tolerant policies towards extremist Islamist organizations have helped in the formation of such incubators. Theresa May even came finally to admit this fact, when she said: “there is far too much tolerance of extremism in the UK and it is time to be more robust in tackling it.”[10]

Moreover, this threat is compounded by the returning foreign fighters, which are estimated to be around 800 - 850. According to a study conducted in 2013, by extremism expert Thomas Hegghammer, who analyzed data between 1990 and 2010, only one in nine Western foreign fighters returned to conduct attacks in the West.[11] This would nevertheless represent a substantial threat, as it means that 95 of the returnees are willing to carry out attacks in Britain.

Talking in consideration all these factors, it could be argued that British security forces are stretched, as there are about 500 investigations of active plotters, 3,000 further people of interest, and still 20,000 others with vague links to militancy.[12]

3-    Insufficient Intelligence: Most terrorist plots are disrupted not when a highly skilled analyst detects subtle clues that link otherwise insignificant bits of data, but when intelligence and law enforcement agencies obtain very precise information about specific plots being planned by particular groups. In addition, this precise intelligence is most often developed by ground-level, domestic intelligence and security efforts. [13]

Conservatives cutting the police budgets by 18%, which May, as Home Secretary, accepted in 2010, undermined these efforts. Accordingly, the number of police officers in England and Wales fell from a peak of 144,353 in 2009 to 122,859 in 2016. Also, the number of armed police officers has fallen from a peak of 6,796 in 2010 to 5,639 in 2016.[14] May insisted to proceed with these cuts despite being warned that this would leave officers without the intelligence needed to keep Manchester safe from terrorist attacks, and would endanger national security.[15]

These attacks came at a time, when May was calling for an early general election on June 8. May has a fragile majority of just 17 in the Commons, and by early elections, she was planning to enhance its majority in the parliament, in order to consolidate its position in the negotiations for Britain’s departure from the European Union. [16] However, a rare constituency-level analysis by YouGov, a polling firm, published by the Times on May 31st, caused a minor shock by suggesting that the Conservative Party could lose 20 seats, leading to a hung parliament. Another poll shows that their average lead over Labour dwindled from 19 to six percentage points.[17]

The successive terrorist attack, as well as rising critics to May police cuts may impact her popularity further. Also, this comes at a very worse time for May, as Jeremy Corbyn, and his labour party have seen a surge in their support in the past two weeks, especially after he succeeded to shift the agenda off leadership and Brexit, onto public services, such as schools and hospitals.[18]

Moreover, Britain’s position in the negotiations with the European Union would be harmed. May made it clear that the failure to reach a comprehensive Brexit agreement will result in a weakening of cooperation on crime and security. However, being attacked several times by ISIS, and its inability to preemptively strike terrorist groups, would weaken its utilization of security as a bargaining chip with Brussels.

ISIS several attacks gives a clear indication that Britain’s security and overall policy towards Islamic communities needs to be revised. Turning a blind eye to extremist Islamic groupings that justifies terrorism had clearly backfired. British efforts to counter Terrorism by depending solely on surveillance has proven its failure, as more emphasis is needed on facing extremist narratives within Muslim communities.

[5]) John Hall and Jenny Awford, 'WHAT COMES NEXT WILL BE MORE SEVERE' Manchester bombing claimed by ISIS with crowing English-language message threatening more attacks as jihadi supporters celebrate the ‘successful’ slaughter of kids, The Sun, May 23, 2017, accessible at: https://goo.gl/gSPiI8

[6]) Zoie O'brien, 'Attack them in their homes’ ISIS in twisted call for bloodshed during Ramadan, Sunday Express, May 26, 2017, accessible at: https://goo.gl/Lo3mX6