How Did Iran’s Pasdaran Deal with Presidential Elections' Results? 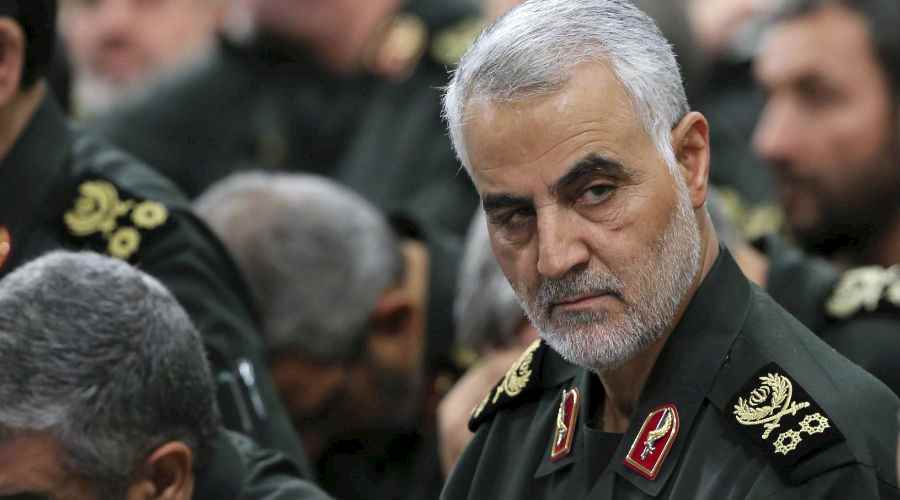 Following the announcement of results of the May 19, 2017 presidential elections -in which reformist President Hassan Rouhani won a landslide victory and defeated conservative cleric and head of the Astan-e Quds Razavi foundation Ebrahim Raisi- the Iran’s Revolutionary Guard Corps (IRGC, or the Pasdaran) were quick to announce, on May 25, 2017, that Iran has built a third underground ballistic missile production facility, and will continue to develop their missile program. They also announced that they are working on a new surface-to-surface ballistic missile named “Deszul”.

It was not the first such announcement. The Guards had announced two underground missile factories on October 14, 2015 and January 5, 2016. However, the announcement of the third such facility at this time is of special significance. That is because the development cannot be dissociated from how the Iranian regime’s major institutions view the results and implications of the elections for their own balance of power in the coming phase, which is likely to witness important developments in both the domestic and foreign arenas.

The announcement made by Amir Ali Hajizadeh, Commander of the IRGC’s Aerospace Force, concerning the launch of its third ballistic missile program and the ongoing development of its ballistic missile program indicates that the IRGC seek to send across clear messages to the Iranians, and to Rouhani, and the reformist movement in particular. This message entails that this program is a red line that cannot be crossed despite Rouhani’s landslide victory that will support the reformists within the regime’s institutions.

The Pasdaran made sure that the new move is announced only one week after Rouhani has won a second presidential term. They wanted to quickly respond to his criticism of such a major force, during debates held ahead of the elections. He accused the Pasdaran of blocking the government’s attempts to reap the benefits of the nuclear deal through deliberately conducting ballistic missile tests.

In Rouhani’s view, these “provocative” tests imposed two negative results on Iran. The first is that these moves forced the United States had to ratchet up its sanctions against Iran to include Iranian and foreign individuals and entities. The US justified its move because the Pasdaran violate the nuclear deal, which compels Iran to refrain from any work on ballistic missiles capable of carrying nuclear warheads for 8 years.

The second is that the missile tests increase the fears of, and discourage foreign companies from investing in Iran because the tests are proof that Iran is unable to fulfill its international commitments such as the nuclear agreement with the P5+1 group of world powers. Moreover, for foreign investors, doing business with Iranian companies has become risky because some of them have links with the IRGC. Business with such companies can force several parties to accuse foreign companies of supporting Iran’s nuclear and missile programs and consequently risk being subjected to US sanctions.

Hence, the IRGC, through revealing the third missile production facility, seeks to emphasize that strong criticism from Rouhani will not deter it from adopting the same hardline policy in the coming period. They also want to emphasize that they make their decisions based on a green light from Iran’s Supreme Leader Ali Khamenei and away from the powers of the president of the republic.

The supreme leader was seeking as well to send across the same message because it shows that he is the one who can set the course of the Iranian foreign policy even after Rouhani’s overwhelming victory against Raisi, the candidate who received direct support from Khamenei himself who had ordered his appointment to various positions in the judicial authority.

This message in particular was associated with Khamenei’s bid to downplay Rouhani’s decisive win saying that the “the people of Iran are the real winners of its election.” In his view, a turnout of 40 million voters gave a “new credit” to presidential elections. For him, this means that the high voters’ turnout of 70 per cent was attributed to the policies pursued by his regime and pressures from foreign powers, which prompted voters to participate in the elections and showed that he has a wide popular base inside Iran. This does not comply with the facts on the ground revealing that Rouhani’s win was made possible because his supporters voted for him in response to powerful campaigns launched by conservative fundamentalists as well as to the direct support that his rival Raisi had received from Khamenei and some of the regime’s major institutions.

In addition, the Pasdaran’s insistence on continuing their missile program do reveals persistent fears within them, some of the state institutions as well as the fundamentalist conservatives that the government might seek, at a later stage, to launch initiatives to engage in new negotiations or conclude a deal about the missile program that is similar to the nuclear agreement.

Hence, the Pasdaran want to send across the message to the president that this possibility would face more obstacles than the nuclear deal did, especially because the government failed to achieve all the goals of singing the nuclear deal. These benefits include guarantees that the United States would not be impose new sanctions on Iran, attracting foreign investments and expanding deals with foreign financial and banking institutions. This failure is attributed to the US imposition of new sanctions that restricted such dealings and discouraged foreign firms from risking entering the Iranian market.

However, what stands out in this context is that President Rouhani appears to have recognized that his landslide victory in the elections would push the regime’s influential institutions to take counter-measures to emphasize their influence on, and role in the decision-making process. Hence, Rouhani sought to contain these institutions and reduce the possibility of having to get involved in early clashes that he is in dire need to avoid, at least currently. His bid is driven by the pressing issues he is facing in several arenas, the most important of which are escalatory measures made by the US Administration of President Donald Trump that can affect the implementation of the nuclear agreement. Another prominent challenge is the regional states’ widening rejection of Iran’s policy towards the region, in particular its intervention in the internal affairs of these states and its role in undermining their stability.

Within this context, and after Rouhani stressed, upon his victory in the elections, that Iran will continue its missile program, Iranian Government Spokesman Mohammad Bagher Nobakht, on May 23, 2017, stated that the government is committed to funding the missile program for the next four years, in reference to Rouhani’s second presidential term.

Nonetheless, Rouhani’s bids to contain pressures from his rivals cannot be sustained for long time, due to the several thorny issues and a state of high motivation within the regime’s other institutions that will exploit any foreign escalation against Iran to put more pressure on the president during his second term.