How did Rouhani Avoid a "Venezuelan Scenario" in Iran? 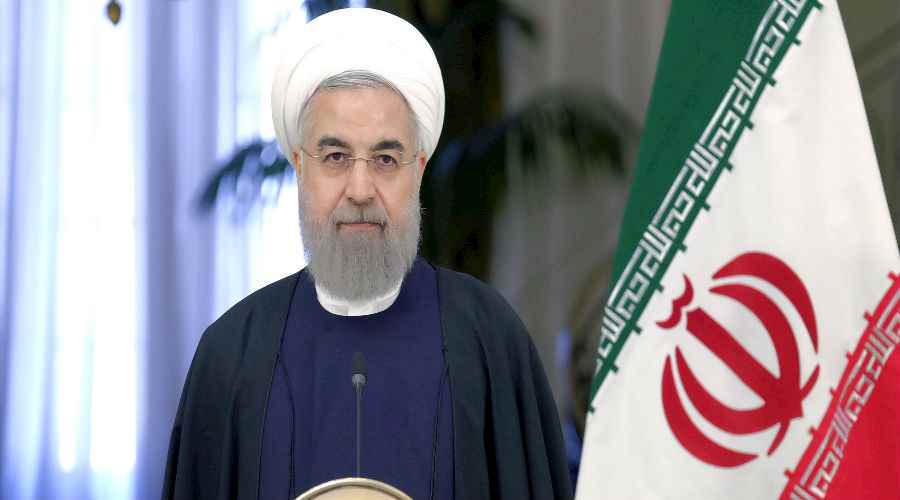 Competition between Iran’s 12th presidential candidates that was held on May 19, 2017, heated up after their debates concluded only one week before the race began, with Mohammad Bagher Ghalibaf, a conservative politician and former military officer, and incumbent Vice President Eshaq Jahangiri, dropped out of the race. In the May 12 third debate which kept its focus on the economic situation, incumbent reformist President Hassan Rouhani, appeared to have taken the lead from conservative candidate Ebrahim Raisi, the current custodian and chairman of Astan Quds Razavi in Mashhad City. Rouhani focused on potential risks that Iran would face if it adopts the economic policies pursued by the conservatives, that, in his view, would result in having what can be called a “Venezuelan scenario” in Iran.

Rouhani pointed out that the other candidates are promising higher financial subsidies for citizens and said it would be possible but might result in a scenario similar to that of Venezuela where inflation rates have soared. For Rouhani, this threatens Iran’s economic and political stability. This concurs with warnings from some Iranian officials that Iran could be hit by a wave of violence that could be more severe than the 2009 protests staged by a group of reformists, known then as the Green Movement, against the presidential elections in which former president Mahmoud Ahmadinejad won a second term.

Rouhani reaffirmed that such policies are largely similar to economic measures taken by the government of two times President Mahmoud Ahmadinejad, especially with regards to providing financial subsidies to citizens, which then caused inflation rates to jump to as high as 40% under the conservative president. Later, Rouhani’s government took measures that, coupled with the conclusion of the nuclear deal with the P5+1 group of world powers,that decreased the rates to as low as 9.5%.

Rouhani insisted on invoking the economic experience of Ahmadinejad’s government not only because some figures in Ebrahim Raisi’s campaign are former officials in Ahmadinejad's government, but also because the candidate is trying to attract voters from poor regions, following in the steps of Ahmadinejad who did the same with the help of the Iranian Revolutionary Guard Corps. Another reason is that Rouhani was keen on holding the former government responsible for Iran’s economic problems even after the nuclear deal was sealed. That is, he blamed Ahmadinejad’s government for causing the ratcheting up of international sanctions against Iran, especially since mid 2012, as well as for its failure to take action to prevent the seizure of and estimated US$3.6 billion of Iran’s funds in foreign banks between 2008 and 2009.

Hence, the incumbent president increased his chances in bringing about a rift within the conservative camp to attract some of its leaders and proponents to vote for him. In other words, Rouhani exerted diligent efforts to receive the support of the conservative elite whose interests were damaged by the former president’s policies, or at least to neutralize the elite thus depriving his rival from their support.

President Rouhani evidently wanted to counter pressures from his political opponents regarding in particular the government’s receding ability to gain the economic and financial benefits that Iran was expected to receive after the nuclear deal. His bid relied on raising issues of corruption and political freedoms with regards to  keeping Mir Hossein Mousavi and Mehdi Karroubi - both presidential runners in the 2009 elections- under house arrest.

Within the context of this bid, Rouhani’s criticism was focused on two major institutions of the regime - the judicial authority and the Revolutionary Guard Corps- especially because Raisi assumed senior positions in the authority, including as Iran’s Attorney-General, and the Revolutionary Guards exerted determined efforts to enhance his chances in winning the elections to prevent Rouhani from winning a second term.

Rouhani deliberately delivered harsh criticism to Raisi over his inability to counter rampant corruption in the state institutions. He cited prominent corruption cases supported from some government officials. He even accused the Iranian Revolutionary Guard Corps of obstructing the nuclear deal when they unveiled the Iranian underground missile bases and wrote Israeli slogans on some missile to anger Western countries.

Moreover, Rouhani indirectly criticized the Revolutionary Guards at a campaign rally on May 16, 2017, when he said, "Don't go to the remote areas and lie to people. Don't gather people in buses. Don't give them lunch at military bases.”

Rouhani was further determined to challenge restrictions banning Iranian media from publishing the name or images of Mohammad Khatami, the reformist former President, by posting a photo on Instagram  showing him together with Khatami and the  late former President Hashemi Rafsanjani, and commented “Our way is freedom.”

Undoubtedly, Rouhani seeked to enhance his ability to solicit support from the reformist camp which voted for him in the previous presidential elections, when some reformist leaders withdrew their support because he refrained from raising the major controversial issues that are of special importance of them, including the lifting of house-arrest restrictions on Karroubi and Mousavi, the two leaders of the Green Movement.

Certainly, the lack of other options for the reformists forced them to support Rouhani in winning a second presidential term. This approach was evidenced by the political planning council of the reformists asking Eshaq Jahangiri to drop out of the race in support of Rouhani.

In spite of a widening exchange of severe criticism at the most recent electoral debates between candidates where they traded unprecedented accusations of corruption, the Iranian regime has not stepped in to reduce controversy because it believed that such a conflict will result in positive consequences. For the regime, this conflict, meant, an increase in the turnout of supporters of both candidates from the fundamentalist conservative camp. However the turnout was in favor of the reformist camp.

With a total of 56,410,234 Iranians eligible to vote and 40 million casting their vote on Friday, according to the the Interior Ministry's State Elections Committee, a 70% turnout in this elections is of extreme importance for the Iranian regime. Such figures consolidate the regime's domestic legitimacy and strengthen its position in facing pressures imposed by the exceptional developments occurring on the regional and international arenas. This is especially so in light of indications that tensions with the United States and a potential return of the nuclear issue to square one, once again and within a short period of time, after the new president has been announced.