The Impact of the Oil Factor on Turbulent States 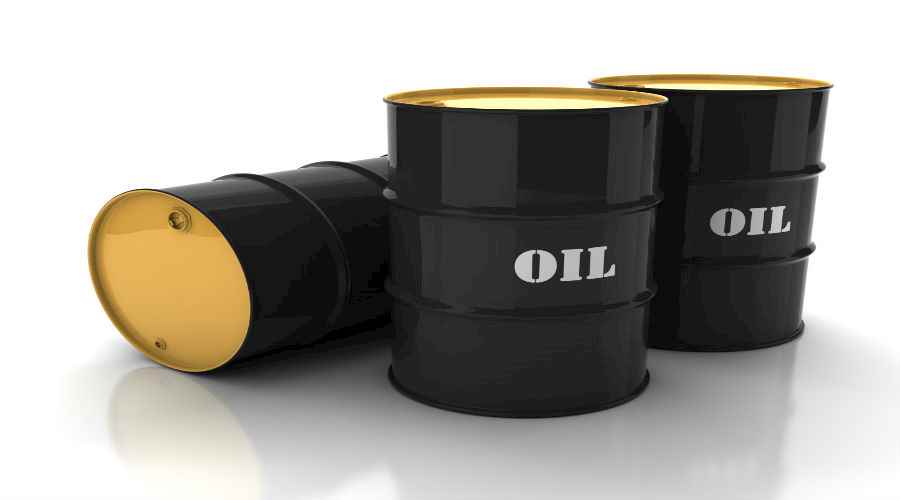 The impact of the oil factor on turbulent states has recently gone beyond the usual economic aspects to include political consequences and security implications. The increasing impact of oil stood out as a casus belli in armed domestic conflicts inflicting those states, the destruction of infrastructure by terrorist organizations, the recognition of the gap of unbalanced development inside each state, the holding of referendums on the independence of certain geographical regions as well as private companies' monopolization of oil supplies to domestic markets. On the other hand, the positive influence of oil stood out in other cases whenever states needed to increase government financial revenue, address failure of economic policies and attempt to bolster their regional economic positions.

Over the first four months of 2017, the following impacts of oil featured at the domestic and external levels in turbulent states:

1- Exacerbating Armed Domestic Conflicts. This was evidenced in field confrontations between General Khalifa Haftar who commands the Libyan National Army and the Saraya al Difa' 'An Benghazi (Benghazi Defense Brigades) in the first half of March 2017, that culminated in the army's recapture of oil ports in Libya's oil crescent.

These were not the first confrontations of this kind in the country, and may not be the last, between the warring parties. Oil was an adequate motive for ISIS, especially because seizure of oil resources means control of the country's only wealth. That is why Libya's National Oil Corporation (NOC) asked the UN-backed Government of National Accord to repeal a decision by Presidential Council to oversee the investment of the country's oil resources, including the authority to approve or cancel oil contracts, while the NOC's jurisdiction was limited to oversight of oil production. The House of Representatives was given the power to delegate powers only on March 15.

2- Terrorist organizations are destroying infrastructure. The elements and commanders of ISIS destroy oil facilities as part of the group's similar approach to destroy infrastructure in Syria and Iraq to inflict more losses on the governments of both countries. For instance, ISIS commanders ordered their fighters to destroy the oil and gas wells located around Syria's Palmyra city after the Assad regime's forces and allied armed factions cracked down on the group's elements under air cover provided by Russia.

Within this context, ISIS, in its al-Naba weekly newspaper, said that any damage inflicted by the organization on the economic interests and services of the governments of Syria and Iraq will weaken these governments.  This can be in in the form of destroying a transmission tower (electricity pylon) in Diyala or an oil well in Kirkuk or a telecom network in Baghdad, or a tourist attraction in Erbil.

3- Recognition of unbalanced development in states. There are increasing indications of rising dissatisfaction in regions where development is neglected, such as Southern Tunisia, the location of the majority of the country's oil fields, where the population demands more jobs, increasing investment inflow and boosting economic growth. Although six years have passed after the Jasmine Revolution broke out, lack of social justice remains one of the underlying causes of instability in Tunis. Rising unemployment and poverty rates in inland regions, in particular, are coupled with persistent obstacles to increasing investments in the oil and gas sectors due to political and social unrest dominating the country.

A number of global oil exploration corporations operating in Tunisia in 2016 had to withdraw their investments. Sweden-based PA Resources, Australia-based Cooper Energy and Canada-based Deluxe Corporation have stopped their operations in Tunisia, while international private corporations from Italy and Austria are still operating in the country.

In this regard, a group of Tunisian ministers on April 4, 2017, held meetings with protest leaders in Tataouine city to identify their needs and demands after protestors blocked the streets and trucks of oil companies. The local population suffers from marginalization despite the fact that their region is rich in resources, which explains why government spokesperson Iyed Dahmani pledged to boost transparency in dealing with oil companies operating in the region.

4- Holding independence referendums in geographical regions. The Kurdish-led provincial council of Iraq's Kirkuk Governorate, on April 4, 2017, approved a proposal to hold a referendum on independence of the oil-rich governorate to decide whether it will join the Kurdistan region or remain subordinate to the central government in Baghdad. The move reflects an escalating crisis between Baghdad government and the autonomous region over the independence of the oil-rich governorate. This was evidenced in the Kurdish MPs' boycot of a recent session of the Iraqi parliament in protest of a resolution by the Iraqi parliament in Baghdad to lower Kurdish flags raised since last month next to Iraqi flags over public buildings of the region. The United Nations Assistance Mission for Iraq has warned that the move endangers peaceful co-existence between Kirkuk's ethnic and religious groups.

Available statistics show that Kirkuk has six oilfields, including the Kirkuk Field, the biggest in Iraq and the fifth biggest in the world, after the Rumaila oilfield, with 337 wells. Kirkuk's oil wealth is estimated at 13.8 billion barrels, accounting for 12 percent of Iraq's total oil reserves. The majority of Kirkuk's oilfields are controlled by KAR Group of the ruling Kurdistan Democratic Party led by Massoud Barzani. Kirkuk's oil is exported via a pipeline to Turkish port of Ceyhan.

5- Private companies monopolize oil supplies to local markets. This is the case in the Yemeni city of Aden up to January 2017. Ras Isa complex, Yemen's main oil export terminal, stopped supplies to the local market. This occurred after the company which is owned by businessman Ahmed Al Isa, the only supplier of oil derivatives in Aden and neighboring governorates, asked for higher prices when the government-owned distribution company asked the private company to distribute fuel to southern governorates. The government company rejected the prince hike request, prompting the director of the Yemen Oil and Gas Corporation's Aden branch Nasser bin Hadur to ask the Prime Minister to put an end to monopolization of oil imports as is the case in other Yemeni governorates.

6- Providing financial revenue. Governments of some Arab states employ oil revenue to pay salaries and spend on arms deals. South Sudan's Minister of Finance, in statements made on January 27, 2017, noted that his country plans to more than double oil production to 290,000 barrels per day (bpd) for fiscal year 2017/2018, to provide desperately needed revenues after production plunged and international crude prices slid. A confidential United Nations report released in March 2017 says South Sudan's government is spending millions of dollars from oil sales to buy more arms. South Sudan's “revenue from forward oil sales totaled approximately US$243 million between late March and late October 2016," the panel of U.N. monitors said in the report to the U.N. Security Council.

7- Addressing failure of oil policies. A number of Iraqi officials and MPs called for reviewing the country's oil policies, especially because of the weak role of national oil companies, and reinstating the Iraq National Oil Company to increase financial revenue, especially after international crude prices plummeted while spending on the fight against ISIS in northern and western Iraq is mounting. The Iraqi government's desire to review its oil policy was prompted by wasting about $10 million per day on investment of associated petroleum gas, where no strategic plans were developed as part of the government agenda despite the fact that it is buying natural gas from neighboring countries.

8- Bolstering States' Regional Economic Positions. The oil factor contributes to improving economies of producing states. It should be noted that Iraqi Jabbar al-Luaibi, on February 27, 2017, made statements in which he emphasized importance of exploring territorial waters to assess the hydrocarbons reserves and to boost Iraq’s capacity as well as its regional and international economic position. Apparently, the Iraqi government is developing plans to develop major oilfields and renew its tanker fleet that was destroyed in 1991, despite the huge economic, security and political challenges facing it.

In conclusion, oil remains a driving force in turbulent states, and continues to impact development, either by boosting or obstructing it. It is coupled with the disintegration of systems in turbulent states, the expansion of violent non-state actors, the outbreak of domestic conflicts, a spread of proxy wars, and falling oil prices. Overall, taken together, these factors pose threats to Middle East oil inflows and outflows that promoted some to term them as "choke points". This term was coined because oil flows are susceptible to disruption as they cross several territories controlled by tribal and local groups, terrorist attacks on pipelines, in addition to a rise the so-called protection racket being exercised by cross-border parallel armies operating in the region.