The Economics of Closed Communities in the Middle East 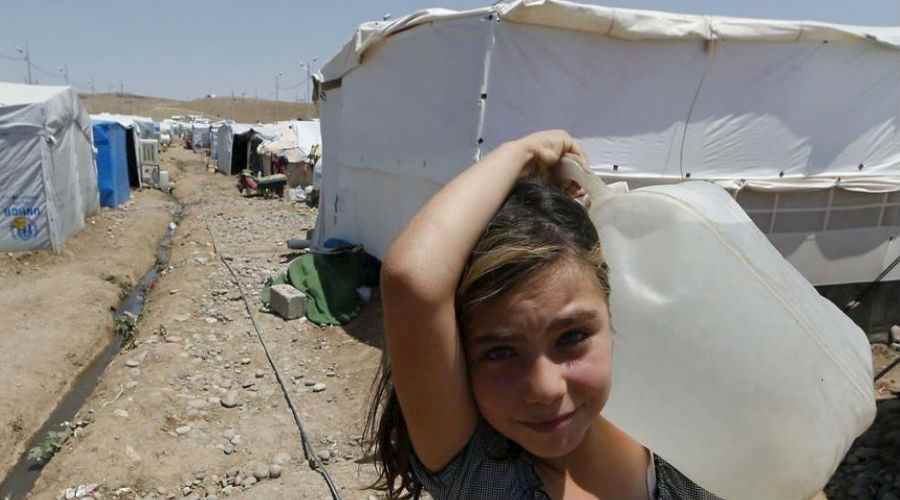 New patterns of coexistence have emerged in the Middle East, as a result of the political and security pressures regional countries have faced in the aftermath of the Arab Spring. The most important of these emerging patterns is the economics of refugee camps and safe zones. This is a common pattern within countries accommodating refugees or displaced people.

In addition to the above, other patterns of economic coexistence include closed, or partially closed, communities such as ethnic economies and the economies of marginalized areas. Such economies rely on economic trade-offs through territorial borders between neighboring countries of the region. The trade-offs typically rely on illegal activities such as smuggling, drug trafficking, and other activities.

Such economies are characterized by fragility and economic dependence. Their economic activities are limited, and mostly represented in forms of illicit trade. Closed economies further suffer from harsh living conditions including lack of employment opportunities, and basic needs, which eventually contribute to the rise of economic and social insecurity within such communities.

Some new patterns of economic coexistence have emerged within these closed or semi-closed social configurations.  These circumstances emerged mainly due to the economic and political pressures faced by some countries of the region. These patterns can be summarized as follows:

1. Refugee camps: In light of intensifying regional conflicts in countries such as Syria, Iraq, Libya and Yemen, the flood of refugees to neighboring countries, as well as the number of internally displaced people have increased. In Syria, according to the figures cited by the High Commissioner of the United Nations, approximately 4.9 million Syrians have moved to live in neighboring countries. In Iraq, since the beginning of the battle to liberate Mosul from ISIS in October 2016, approximately 178,000 people from the city have been displaced within various regions in southern Iraq and the Kurdistan region.

Large numbers of Syrian refugees exist in camps spread alongside the Syrian border with Turkey, Lebanon, and Jordan. The major economic activities for these camps include basic services such as education, health, water and sanitation networks, in addition to internal security centers located within the camps. Host countries provide these amenities in cooperation with international institutions such as the World Food Programme, the World Health Organization…etc. Within this context, the Iraqi government and the Kurdistan region constructed several camps including Al-Qayara and Hassan Shah in Erbil, Kurdistan aiming to provide the basic needs of displaced people.

2. Safe zones: Safe zones, which the new American administration may establish in Syria, will present a new model for the economics of closed communities. In this regard, US President, Donald Trump, emphasized on several occasions his intention to construct what he called, “safe zones in Syria” as a mean to prevent refugee flows into Western countries. Despite the difficulties associated with this endeavor, economic management in these zones, most likely, will resemble the economic mechanisms of managing refugees’ camps. They will barely provide the basic needs of displaced people and refugees, which will be drawn from the support provided by various international agencies.

3. Ethnic economies: The most expressive examples of this model are the services provided by service institutions associated with various militias including fulfilling the basic needs of their militants and their families. Hezbollah has created several associations in Lebanon to provide health and educational services for its members. These services are represented as stipends to be added to the fighters’ monthly salaries, which according to many estimates, ranges from USD 500 to USD 1200.

4. Marginalized areas: These areas are subject, in most cases, to economic tradeoffs based on illegal trade or smuggling, which is evident in border areas in countries such as Tunisia, Algeria, and Morocco. The World Bank reports that informal trade is the main economic sector in the city of Ben Gardane on the Tunisian border, where 20 per cent of the population works involve some kind of informal illicit trade. These areas are always characterized by poor infrastructure and basic services, which makes the process of effective economic communication with other regions in the state and other countries more difficult.

A number of common features characterize all of the previous patterns concerning the economics of closed or semi-enclosed communities. The most prominent of which are the following:

1. Economic dependency: Refugees or displaced people in camps or future safe zones rely on aid provided by international organizations. In this regard, it appears that Syrians and Iraqis will continue to depend on aid provided by the World Food Programme, the World Health Organization, and other international organizations in order to fulfill their basic needs. Yet, in the context of a lack of funding, their economies will be unsustainable making refugees and displaced people vulnerable to the risks of economic insecurity.

2. Economic and social fragility: Despite international and regional efforts to address the refugee crisis, most camps suffer from a lack of basic services such as water and food, in addition to education and health services. According to the UN High Commissioner for Refugee Affairs, the number of Syrian refugees who live in poverty is continuously increasing in host countries of the region, with the number of people living under the poverty line in Lebanon at 70 per cent. UNICEF and Save the Children have noted that three quarters of all Syrian refugees in the Zaatari camp in Jordan, suffer from health problems, and in some cases work the entire week for a wage of USD 6-7 per day.

Without a doubt, the difficult economic conditions faced by the residents of camps or marginalized areas may impose a series of security or political risks within some countries of the region. In Tunisia, the border areas suffer from continuous security turmoil in light of a decline in living and economic conditions. At the end of January 2017, clashes broke out between Tunisian security forces and protestors due to a lack of real opportunities to develop the city of Ben Gardane.

With respect to potential security problems in the camps, many neighboring countries have expressed security-related fears that these camps, just like the safe zones in Syria, will entice terrorists either to conduct terrorist attacks, or to use them as refuge. At the same time, there are issues concerning the lack of funding required to meet the camps’ basic needs, which may lead to continuous congestion among camp residents. On a basic level, the international response has faced ongoing financial crises over recent years. In 2016, international response provided only 59 per cent of the aid required. They were able to only fund-raise a total amount of USD 2.6 billion out of a total of USD 4.5 billion.

As a consequence of the poor living conditions endured by refugees, several protests occurred in Syrian refugee camps, including one protest in January 2017 at the Suleiman Shah camp in the city of Tel Abiad in Turkey objecting to the lack of adequate tents made available.

Overall, it can be said that models of closed economies impose widespread security pressures, which may require host countries, in cooperation with the international community, to come up with the financial frameworks required to fulfill the basic needs of these areas’ inhabitants.