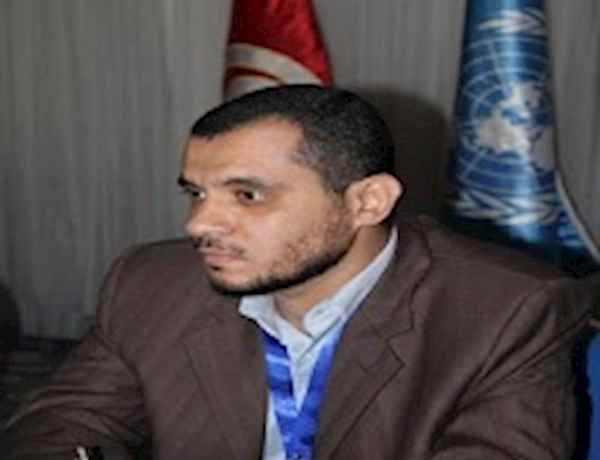 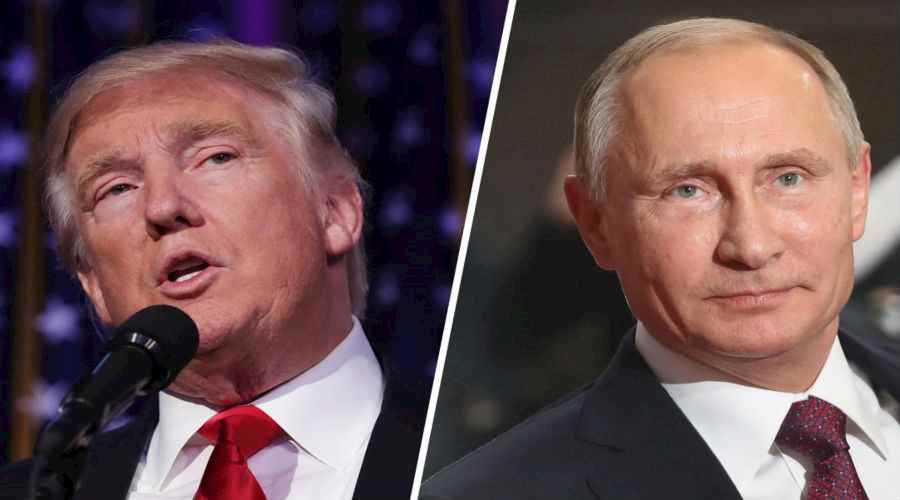 Russia has sought to exploit the United States’ retreat from the Middle East under the Obama administration to increase its own clout in the region, dominated by American power for decades. Moscow hopes to become the key international player in various important, complex regional issues, especially the Syrian crisis which is central to the wars rocking the region and has reconfigured the map of alliances and conflicts in the Middle East in recent years.

President Donald Trump’s arrival in office on January 20 raised questions about the future of the Russian role in the region, its impact on the important issues facing the Arab world and the alliances and conflicts of the future. These questions are given urgency by Trump’s indications during his election campaign that he wanted to end the years of estrangement between Russia and the United States and revive cooperation between the two countries on issues and conflicts in the Middle East, starting with the fight against the self-proclaimed Islamic State.

During the Obama administration, Russia adopted a two-pronged strategy for expanding its clout in the region: solid alliances and necessary consensus. These two principles were the basis of Russian policies in the Middle East as part of a broader strategy through which Moscow aimed to create a multi-polar global system. It hoped that its active role would enable it to regain its position as a global power after years on the margins following the fall of the Soviet Union in the early 1990s.

1 - Solid alliances: Moscow has successfully built solid alliances with a number of important regional players that lie outside the orbit of American influence in the Middle East such as Iran, the regime of Syrian President Bashar al-Assad and Shiite militias across the region, primarily Hezbollah. Through these alliances, Moscow has been able to play a major role in several conflicts in the region, most notably in Syria.

2 - Necessary consensus: Despite the differences between Russia and China, they have been able to put aside their historic disputes in order to achieve a high degree of rapprochement, creating a quasi-alliance that fits with their current needs.

They have established a framework for cooperation that responds to each party’s need for the other’s support in order to establish a multi-polar global system, serve the vital interests of the two countries and face American and Western threats against them.

Russia has used its cooperation with China to support its own strategic vision of the crises in the Middle East, especially in Syria. Russian-Chinese cooperation has succeeded through the exercise of political clout and diplomatic efforts in preventing direct military intervention in Syria by NATO, thus preserving the Assad regime, a key Russian ally. It has also reined in Western hostility towards Iran over Tehran’s controversial nuclear program and pushed it towards negotiations rather than continued sanctions and a strategy of economic siege.

Through this necessary consensus with Beijing, Russia has been able to undermine the West’s exclusive influence on the Middle East. Both states now hold important bargaining chips in many crises, supporting their overarching strategies and vital interests in the region.

Russian President Vladimir Putin and his American counterpart Donald Trump share an opposition to Islamist movements taking power, including those the Obama administration saw as moderates. The Trump administration rejects any regional attempt to acclimatize with political Islamist movements - a stance that fits with the vision of Vladimir Putin. The two share a clear intention to fight the Islamic State in Iraq and Syria, as well as in other areas of the region such as Libya.

The Syrian crisis represents a convergence between the two presidents, especially given Trump’s affirmations that his preferred policy on the Syrian crisis is to form a coalition with Russia and Syria to defeat ISIS. American-Russian agreement on Syria is also strengthened by Trump’s decision to halt any military support to the Syrian opposition, a clear break from the Obama administration’s policy.

While the two leaders share a similar stance on political Islam, the future of the Assad regime, not supporting the Syrian opposition and the fight against ISIS, they fundamentally disagree on several thorny issues, especially as the Trump administration’s personnel try to revive America’s role globally after its relative absence from the world stage allowed Russia to extend its influence in its immediate surroundings and across the world, especially in the Middle East.

The previous American administration turned a blind eye to the rise of Iranian-backed Shiite extremism across the region as Washington attempted to reach a deal with Tehran over its nuclear program. This allowed Iran and Russia to strengthen their clout in the region. The Trump administration, by contrast, is unlikely to distinguish between Shiite and Sunni extremists. Trump is likely to place them both in the basket of Islamic extremism regardless of their theological and political differences. This could create tensions with Russian allies in the Middle East, especially Iran and its Shiite proxies fighting in various theatres across the region.

In this environment, the Syrian regime appears to be the Russian ally that stands to benefit the most from the new American administration’s views on the region, especially given the likelihood of cooperation between Washington and Moscow to fight ISIS and al-Qaeda backed groups in Syria.

This will improve Assad’s chances of remaining in power and strengthening his regime in the future, as Trump’s arrival to power effectively closes the door on American military action to settle the Syrian conflict.

By contrast, Iran appears to be in Trump’s cross-hairs. He has expressed his intention to re-negotiate the nuclear deal with Tehran, which he believes gave Iran more than it deserved. This implicitly threatens all the measures and arrangements that Iran has put in place to win the trust of the international community over its nuclear program. Trump’s stance could push it to be more aggressive towards Washington, at least on the diplomatic level. Washington may brandish the threat of a limited military intervention against Iran’s nuclear installations, which could affect Iran’s involvement in various conflicts in the region, especially in Syria and Yemen.

Both Iran and Assad could therefore suffer from Trump’s hostility towards terrorist and extremist groups, which include Iranian proxies fighting in various parts of the region, especially Lebanon’s Hezbollah which is deeply involved in the Syrian war, the Houthis fighting in Yemen, and the various Iranian-backed Shiite militias in Iraq. Trump’s position contrasts with the lenience of the previous administration towards Shiite extremists, which served the interests of Russia and its regional allies.

The Russian-Iranian axis could be at risk if American-Iranian tensions reach a boiling point at the same time as Russia is trying to mend ties with Washington in order to capitalize on the points of agreement between them in order to strengthen its own clout in the region.

Russia’s strategy could be described as one of step-by-step competition by attrition. Its ultimate aim is to roll back American influence in its traditional strongholds in order to remake the global order on a new basis.

Moscow’s role in the Middle East has gathered steam since the end of 2015, with Putin’s launch of a new military strategy similar to the comprehensive strategy for Russian security formulated during the rule of his predecessor Dimitri Medvedev in 2009 and the military planning document produced in 2014, which turned the Russian military doctrine from one of defense into one of offense. Moscow wants to solidify its gains in the region and build on them to advance further while Trump is in power.

Therefore, Trump’s administration has become a decisive factor in whether Russia will achieve its ambitions or not, based on Washington’s foreign policies, especially in the Middle East, which will influence, for good or bad, how Russia will act in the region.

Russia’s strategy could be along the lines of three scenarios:

1- The first is a strategy of deflation and stagnation. In this situation, Russia would retreat to its previous gains in the region in the absence of any chance to capitalize on them. It would attempt to solidify what it has and work to prevent it from shrinking, at least until further notice. This scenario is likely if Trump totally recants the views he expressed on Russia and the Middle East during his election campaign, does a U-turn and raises tensions with Moscow in order to push back Russia’s expanding clout in the region.

2- Another scenario is one of limited competition. In this situation, Russia would continue its strategy of playing a key role in the region, a position it gained during the Obama administration, and coordinate its actions with the American administration when it wishes to make new gains.

This scenario would reflect Washington’s relative detente with Moscow and would see the two states exchange limited concessions to lower any tensions and find means of fruitful cooperation, strengthening Russia’s international clout. But it would not allow Russia to reach its goal of regaining its status as a great power in a multipolar world.

3- A third scenario is one of competition by attrition. This is Russia’s fundamental strategy. It aims to allow Moscow to work with the Trump administration in full cooperation, resolve all key differences and emphasize points of agreement and shared interest between the two. It would also allow for unlimited Russian clout which could in the end remake the global system on a new basis, guaranteeing Russia a position befitting its ambitions as the heir of the Soviet Union. It is a strategy that can only be achieved if Trump’s administration is fully committed to going along with all Russia’s policies, in the region and beyond, something that may be difficult to achieve in practice.

In summary, it is hard to predict which of the above strategies Russia will adopt, partly because of how recently Trump took office. The scenario of limited competition seems the most realistic, as it reflects both Trump’s outspoken line during his election campaign and the way he is expected to act having taken office, in light of the complexity of decision-making in the American system.

However, this does not rule out the first scenario, which Russia will certainly do everything it can to avoid, or the third, which is Moscow’s final goal. Putin’s administration may adopt the second strategy as a step towards achieving the third as a long term goal.