Dimensions and Motives of Jordan's Role in Libyan Crisis 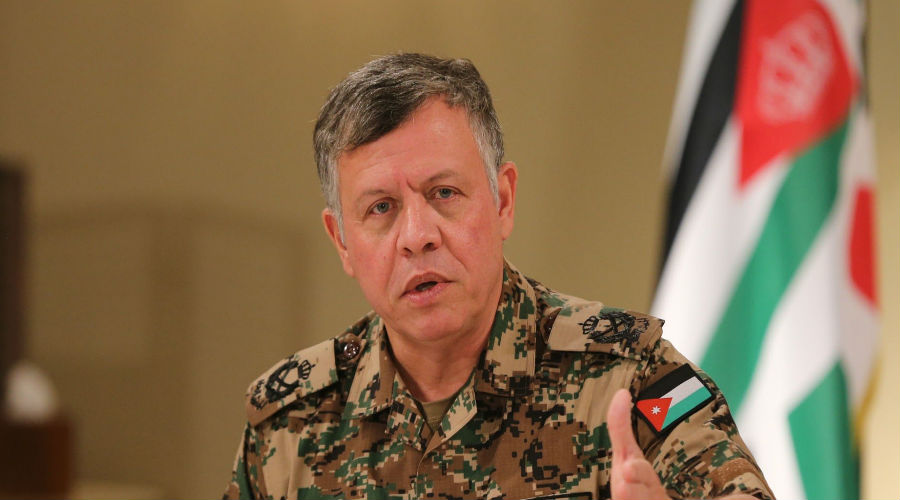 The escalating Libyan crisis triggered by the fall of Muammar Gaddafi's regime in 2011 pushed Jordan to play a more active role in Libya's domestic affairs that’s is fraught with division, tribal and inter-racial conflict and intense foreign intervention. The December 2015 Libyan Political Agreement, signed in Skhirat, Morocco, could not contribute towards pacifying raging conflict zones and restore the country's national unity, at least in the foreseeable future.

While the official Jordanian position regarding the shifts in Libya hinges on Jordan's high national interests, it raised the concerns of some domestic powers, namely the Islamists. They view the development as a shift from the Kingdom's long-standing balanced policy on regional issues towards alignment with certain parties caught in the conflict in Libya, rather than mediating between these parties.

Dimensions and Development of Jordan's Position

Overall, Jordan's position on the ongoing shifts taking place since the February 17, 2011 Revolution, is one that is declared and obvious. That is, it is based on a policy of stipulating the Kingdom's commitment to the choices made by the Libyan people, favoring intra-Libyan dialogue and ensuring the restoration of internal security and stability in order to restore national unity and establish structural institutionalism.

Jordan took the side of the Libyan Revolution since it erupted against Muammar Gaddafi's regime with Amman becoming an important destination for Libyan political figures, which reflected the Kingdom's support for Libya's efforts to establish a political process, including representative and government branches.

This was evident in Jordan's declaration of support for members of Libya's General National Congress, recognition of the National Transitional Council as a legitimate representative of the Libyan people as well as the formation of the provisional government led by Prime Minister Abdullah al-Thani.

Soon afterwards, Jordan backed Operation Dignity (or Karama) launched by General Khalifa Haftar, commander of the Libyan National Army (LNA), on May 16, 2014 to "purge Libya of terrorism, gangs and outlaws, commit to the democratic process and end assassinations". Jordan’s stance was within the framework of the Kingdom's support for the fight against terrorism as part of the US-led Global Coalition to Counter the Islamic State of Iraq and the Levant (ISIS), as the terrorist organization poses a non-traditional threat to Jordan's national security.

However, while Jordan continues to support Operation Dignity to counter terrorism that infiltrated the internal conflicts and the complex tribal fabric, it also served as a venue for bilateral talks where Amman hosted several meetings with Haftar. Nevertheless, the Kingdom declared its support for the UN-brokered Skhirat agreement which led to the creation of the Presidential Council of Libya, chaired by Fayez al-Sarraj.

Furthermore, Jordan backed the formation of the Government of National Accord of Libya (GNA) during the Ministerial Meeting for Libya, held in Rome on December 14, 2015, bringing together Libyan political and community factions that had took part in the Skhirat dialogue. However, to date this government has not been formed due to its failure to win the confidence of the parliament based in Tobruk, in the far east of Libya. This failure was attributed to a severe dispute erupted about certain articles in the Skhirat agreement that address security, especially those authorizing the cabinet to appoint senior security officials, which angered the coalitions of Eastern Libya that viewed the authorization as a form of marginalization of the commander of the Libyan National Army.

Features and Limits of Jordan's Role

Jordan's position on the developments in Libya impacted the nature of the role it is playing in Libya's internal affairs. Its role went beyond humanitarian and diplomatic support to include diverse military, logistical and security support, which the Kingdom frequently denies admitting only the humanitarian, logistical and consultancy and training aspects.

This role began as far back as the February 17 Revolution when the Jordanian special operations forces, renowned for their high combat efficiency, made a significant contribution during the war waged by the North Atlantic Treaty Organization's forces in 2011 through which they took control of the capital Tripoli and stormed Gaddafi's Bab al-Azizia complex. The Jordanian forces joined the forces of other countries in carrying out field operations in various Libyan regions. This role has earned appreciation from Libyans for Jordan's support for the revolution and the Libyan peoples’ rights from the beginning.

This coincided with a revelation made by the Guardian in March 2016 - which the Jordanian Royal Court denied- about a leaked US Congressional memo claiming that Jordanian special forces were operating alongside British forces to carry out joint military operations in Libya since the beginning of 2016 to fight ISIS and prevent the group from taking control of oil fields, as part of a global coalition. The field support provided by the Jordanian soldiers to the British forces was vital because "Jordanian slang is similar to Libyan slang”, according to the newspaper.

The claim is further supported by statements made by Libyan Prime Minister, Abdullah al-Thani, during a visit to Amman in March 2015, about joint cooperation to carry out a plan to restructure the Libyan army in collaboration with the Jordanian army, through joint committees tasked with reforming and training the Libyan forces. Also sought were Jordan's expertise and qualified personnel from the military, counter-terrorism, economic, administrative, oil, urban and security areas.

These, however, were not the only areas where Jordan's support for Libya stands out. Jordan hosts some 35,000 Libyans, a large number of wounded civilians, and has provided medical and humanitarian aid to the Libyan people while taking the lead in setting up, equipping and manning field hospitals.

In the international arena, and during its presidency of the Security Council, Jordan blocked a February 21, 2015 resolution on Libya that called upon the international community and regional countries to support the efforts of the Special Representative of the UN Secretary-General, forming a national unity government to fight terrorism in Libya, yet without addressing the lift of arms embargo on Libya. It was different from a draft resolution proposed by Jordan under Chapter VII of the Charter of the United Nations calling for support for the Tobruk-based House of Representatives and its government, lifting arms embargo, facilitating the return of the government to the capital, Tripoli. However, Qatar, Tunisia and Algeria had reservations concerning the proposed resolution.

Local unofficial political circles, including Islamist powers such as the Islamic Action Front, criticized Jordan’s position in Libya, which they believed was abandonment of a balanced policy towards Libyan parties. The Kingdom maintained its strategic perspective based on its national interests, which clearly reflect its stated priority of countering armed Islamic groups, including al-Qaeda, ISIS, Salafi jihadism and even the Muslim Brotherhood, as part of international and regional coordinated effort, where ISIS has become a source of apprehension for Jordan both at the internal and external levels.

Some argue that Jordan's support for General Haftar is based on the fact that he has become a representative of legitimacy in Libya after being appointed commander-in-chief of the Libyan National Army by a government formed by an internationally recognized parliament. Accordingly, this means it is only natural for Jordan to provide technical training and military expertise to the Libyan legitimate powers as part of its keen interest in bringing the fighting in Libya to an end and restoring security and stability in the country. Through this support, Jordan seeks to maintain its traditional approach within an alliance with Saudi Arabia, the United Arab Emirates and Egypt to coordinate efforts in Libya and other regional arenas.

Jordan's position is not without significant economic considerations, due to prospects of joint cooperation to benefit from investment opportunities, encouraging exports, re-building the state and the labor market. The Kingdom further sought to meet its domestic demand on oil and derivatives for preferential prices from Libya, during earlier talks with the interim Libyan government.

It is hard to say that there is a solution in sight for the Libyan crisis, especially due to the failure of the Skhirat agreement, and after the shift in the balance of power that tipped in favor of General Haftar due to his control of Libya's eastern Oil Crescent and the support he received from Russia, evident during his January 2017 visit to Russia’s aircraft carrier Admiral Kuznetsov. Haftar may also benefit from US President Donald Trump administration's efforts to fight terrorism in Libya at a time when the capital Tripoli in the West reels from an ongoing conflict between armed militias and the diminishing influence of the GNA.

The hoped support from the U.S. and Russia - which would coincide with an effective role played by Jordan during crucial stages in Libya- would strengthen Haftar's hold on more swaths of territory in Libya and motivate him to finish the fighting through military means. Haftar will be able to benefit, in particular, from the balance of power on the ground shifting in his favor giving him a political boost against other parties to the conflict.

A balance of power shifting in favor of General Haftar would be in the interest of a significant Jordanian role going beyond military, security, logistic and technical support to include a political role within endeavors to restore calm and establish security and stability, as well as to an economic role reflecting the Kingdom's aspiration to establish revenue from investment, jobs and oil trade between Jordan and Libya, in addition to involvement in the wider battle against ISIS as part of the global coalition.