New features in the region’s oil and natural gas sectors 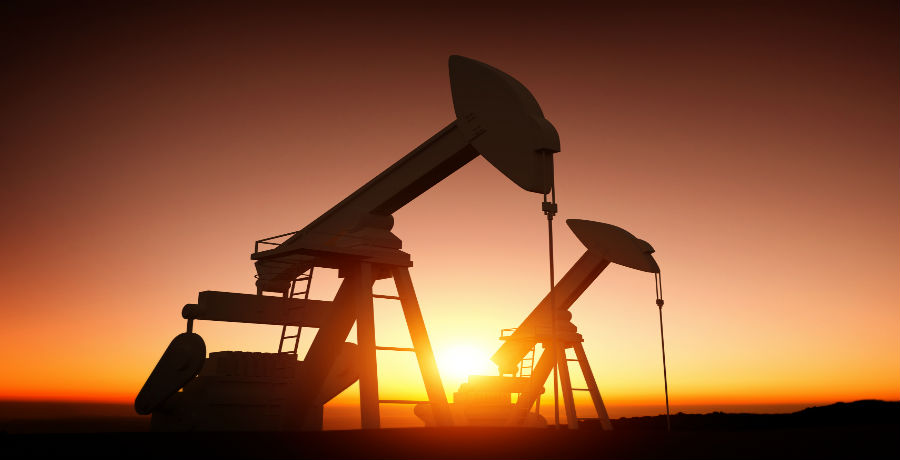 Recent developments in the Middle East’s oil and natural gas sectors indicate the likelihood of a productivity boom in the near future, despite the enormous difficulties the industry has witnessed since 2014, including the escalating geopolitical and security risks and global decline in oil prices. In this context, some of the major oil-producing companies, such as those in Libya and Iran, are continuing to increase their oil production. Meanwhile other countries, such as Algeria and Egypt, are working to develop their productive capacity of natural gas.

What is most striking is how the countries of the region have zeroed in on projects aimed at transporting their oil and natural gas production through pipelines extending from production areas at home to neighboring markets located within and outside of the region, thereby creating an intense race between oil-producing countries in the region to market their products internationally. On the other hand, some countries, such as Algeria, are preparing to implement massive oil and gas projects with high value-added. The Algerian government is currently making the necessary preparations to implement a project which would liquefy natural gas and petrochemicals in order to compensate for the erosion of oil revenues.

Without a doubt, the aforementioned trends will serve the interests of the countries of the region through enhancing energy security at home and providing greater financial revenues in the future. However, despite previous optimism, the sector continues to face major challenges represented mainly by a lack of the total capital required to implement oil projects, not to mention continued security fears associated with the targeting of oil facilities in the region.

The oil and natural gas sector in the Middle East has witnessed several escalating trends, the most important of which are as follows:

1. A production boom: Oil and natural gas production rates have witnessed a significant increase in recent times, especially in countries which previously suffered production difficulties caused by adverse geopolitical conditions. Libya is the main country experiencing an increase in production at the moment, with production rate increasing to 685,000 barrels a day by the end of 2016. The increase has been attributed to the Libyan army taking full control over the country’s ‘Oil Crescent’ area, which was recaptured in September 2016. If security and political circumstances remain stable, oil production is expected to increase to approximately 900,000 barrels per day by March 2017, according to Libya’s National Oil Corporation.

Also, since the sanctions imposed on Iran were lifted in January 2016 following the signing of the p5+1 agreement in July 2015, a significant portion of their production share has been restored when compared to pre-2011 levels, before economic sanctions against the country were tightened. In November 2016, the amount of oil produced in the country reached approximately 3.72 million barrels per day, with an increase of 860,000 barrels per day over the same month in 2015. In addition to the above, the country’s production of natural gas increased by more than 50 percent according to Iranian Oil Minister Bijan Zangana, reaching 730 million cubic meters per day.

Egypt is considered one of the most promising countries in terms of natural gas production for the near future. The Zohar oil field – discovered off of the Egyptian coast in the Mediterranean Sea in mid-2016 – is expected to produce approximately 1 billion cubic feet per day of gas before the end of 2017. This would bring total production to 5.4 billion cubic feet per day. This increase is essential to help fulfill the growing demand for energy in the country.

2. New investments: Despite the decline in oil investments globally, some countries of the Middle East are looking forward to pumping significant amounts of capital into oil and natural gas projects in order to support their productive capacity. Currently, there are projects worth USD 176 billion under implementation over the next five years, with other planned projects valued at USD 339 billion.

In order to attract the foreign capital required to implement investments in the sector, some countries in the region have taken necessary measures to improve the investment climate in the oil industry. Among the most important of these countries is Iran which, in August 2016, approved a new model for oil contracts which increases oil companies’ profits. The model has already attracted a significant number of foreign countries to the Iranian market. Recently, 29 global oil companies competed in a bid offered by the Iranian government to implement a number of oil and gas projects in Iran.

On January 4th 2017, in a crucial step towards developing the oil and gas industry, the Lebanese government approved two major decrees. The first relates to dividing oil blocks while the second involves determining licenses for oil companies hoping to participate in oil excavation operations off the Lebanese coast. The move represents a shift in exploiting the country’s resources, after a failure to implement exploration and production licensing since 2013 due to the presidential vacuum, as well as issues related to demarcating the southern border of Lebanese territorial waters.

3. Power transport projects: Joint work in the Middle East to strengthen oil and natural gas transport among the countries of the region has accelerated, and will without a doubt encounter growing demand for energy in the countries which suffer from energy crises. In this regard, the first stage of the pipeline project to transport Iraqi oil and gas from Basra to Jordan’s Aqaba Port will begin in 2017. On  December 28th  2016, Iraq and Kuwait agreed for the latter to import up to 5 million cubic meters of Iraqi gas per day.

Morocco has ambitions to become a main crossing point to transport natural gas to Europe. In this regard, in December 2016 Morocco signed an agreement with Nigeria to extend a natural gas pipeline between the two countries, in addition to other African countries, with the potential to extend the line to Europe. In addition to this plan, Morocco is also working to conclude a feasibility study for the Gas to Power project at a cost of USD5 billion, which includes  constructing a port for natural gas in the Jorf Al-Asfar industrial area south of Casablanca,  and creating electric energy storage and production stations. Morocco also plans to extend a 400 km pipeline linking the area to the Arab-Moroccan Pipeline, which currently has end points in the Moroccan city of Tangier and the gas fields of Algeria.

4. Value-added projects: To compensate for the erosion of raw oil resources, some countries of the region aim to strengthen their gains by launching various added petrochemical projects and liquefying natural gas and their corresponding products, relying on government funding or attracting foreign investments. Among the most important projects recently launched is the Sadara chemical project being implemented by Aramco in Saudi Arabia. The project is being handled in cooperation with Dow Chemical, and is worth USD 20 billion with a productive capacity of 3 million metric tons of petrochemical products annually.

Along the same vein, Algeria has accelerated implementation of several large projects to increase their production of petrochemicals, and in this regard Algeria’s Sonatrach signed a preliminary agreement with France’s Total in December 2016 to construct a large petrochemical complex. It represents one element of plans announced by the government to pump investments worth USD 15 billion into the petrochemical sector.

Various obstacles may restrict the opportunities available to strengthen the gains of the oil sector in the region in the near future, including:

1. Low oil prices: With OPEC agreeing to freeze oil production at approximately 1.2 million barrels per day, global oil prices increased to USD 55 per barrel, representing an increase of more than USD 5 within the first few months of 2016. This increase comes despite other limitations in the industry, although it may appear encouraging in promoting foreign investment in the oil and natural gas sector of the Middle East.

The existing expectation that oil prices will continue to decline in the mid-term may also render various foreign oil companies more cautious to increase investment spending, both globally and regionally, which could lead to a slowdown in the pace of foreign investment in the oil sector in the area. This slowdown would not, in most cases, conform to the ambitious plans adopted by the countries of the region to increase their productive capacity of oil and natural gas.

2. Geopolitical fears: Without a doubt, geopolitical risks represent one of the major fears of Western companies supplying investments into the region. Since 2011, various countries of the region have witnessed escalating internal conflicts, particularly Syria, Libya, and Iraq, leading to a decline in short-term investments.

The new US administration’s opposition to the nuclear agreement reached between Iran and the 5+1 companies represents another concern for various foreign companies. As a consequence, some of them became more cautious to enter into the Iranian market. An example is Britain’s BP, which has refrained from participating in the most recent bid offered by the government to compete for exploration and production rights in Iran.

Additionally, oil and natural gas pipelines in the Middle East have become more dangerous due to the escalating security risks associated with the threat of local terror organizations. Oil pipelines connecting Iran and Turkey proved to be vulnerable to repeated incidents in late 2016. On January 4th 2017, a crude oil transport and export pipeline in Iran, connecting the Maroon and Baharkan fields, suffered two explosions. The aforementioned incidents raise many doubts concerning the future levels of security which oil pipelines in the region are subject to.

3. Financial burdens: Along with the aforementioned challenges, the oil industry in other areas in the region, such as Iraqi Kurdistan, do not appear to be secure due to the upswing in security risks and decline in oil prices, along with the government’s USD 1 billion debts to foreign oil companies. The government of the Kurdistan region produces approximately 600,000 barrels of oil per day from the fields they control, and in light of the aforementioned issues, some foreign companies, among them America’s Exxon Mobil, have pulled out. Exxon was specialized in three exploration oil blocks in the region, including the Bitwata, Arbat, and Qora fields.

Overall, it can be said that despite the difficulties faced by the oil sector in the Middle East, the industry is now on the forefront of recovery, which will, without a doubt, provide future revenues for the countries of the region and help ensure their relative energy supplies.