Motivations for European media transforming their stance on the refugee issue 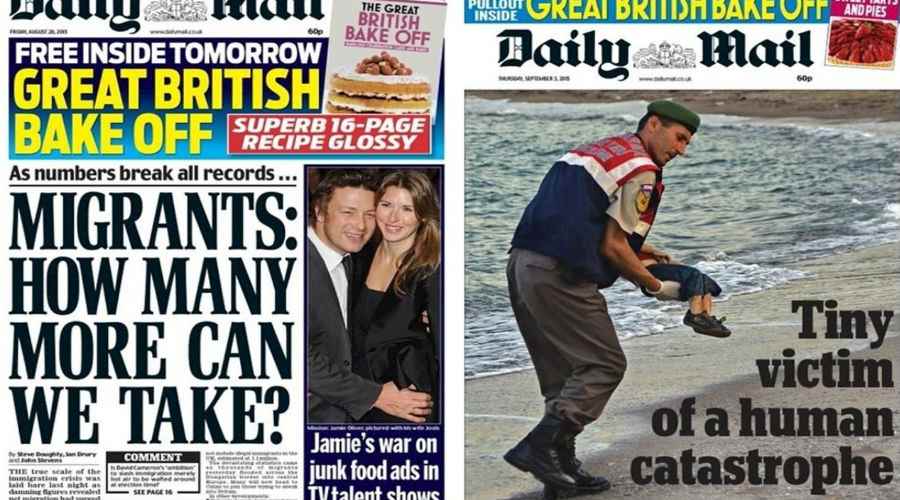 Over the past four years, many media outlets in European countries have adopted a rhetoric that is supportive of the refugee issue, and some of them allocated spaces for calls to take in refugees, help them overcome their crises, and integrate them within European societies through various economic, social, and educational mechanisms. At the same time, however, a marked shift has begun to appear in the attitudes of various media outlets from welcoming and supporting refugees to promoting more conservative and prejudicial policies, in some cases, towards them, and calling for the European countries hosting the refugees as well as countries that first welcomed them to join those that have decided deport refugees to their home countries, or send them back to the nations they travelled to Europe from.

This comes in parallel with an exacerbation in economic problems in various European countries, and public opinion in these countries has shifted toward accusing refugees of being responsible for increasing unemployment rates, terror attacks, and continuing security breaches. The European anti-immigrant right has invested in this opportunity before the problem of Middle Eastern refugees becomes worse.

This tangible transformation in European media’s attitudes toward the refugee issue or immigrants has contributed, as it appears, to the creation of a split in European public opinion. In recent months, several public opinion polls of the European street have indicated that there has been a noticeable decline in European peoples’ support for the refugee issue and an increasing intensity of fears associated with their presence in European societies. For example, the opinion poll conducted by the Pew Research Center included ten European countries: Britain, Sweden, Germany, Holland, Greece, France, Poland, Italy, Hungary, and Spain, and the results were published on the organization’s website in July 2016. The poll indicated the emergence of an anti-Muslim attitude in several European countries, and explained that Britain witnessed a 9-point increase in the number of anti-Muslim citizens up to 28% during 2016 compared to a similar poll conducted in 2015.

The rate also increased by 8 points in each of Italy and Spain, rising to 50% and 69% respectively. The rate in Greece rose to 65% among the population, representing an increase of 12 percentage points. The results also revealed that 59% of total survey respondents in the countries surveyed felt that an increase in the number of refugees increases the likelihood that more terrorist attacks take place in their country.

The results of the aforementioned opinion poll are consistent – to a large degree – with the media content presented by many European media outlets at the present. Despite the efforts made by the media in Germany to integrate refugees and familiarize them with the traditions of the new European society they have moved to, some media outlets in other countries such as Bulgaria and Poland are at the forefront of European media outlets who reject refugees, focusing on the negative aspects of the presence of refugees and immigrants in Europe. These media call for the refugees and migrants to be deported and sent back to their home countries, claiming increasing rates of crime and sexual harassment as well as continuing terrorist attacks, in addition to increasing unemployment and a declining the economic situation. Other European media attempt to refute these allegations from time to time with a focus on the extent of the fallacies promoted to serve political goals, through the European right employing their own media outlets or adopting their ideas.

Despite this, other polls conducted by various research institutions revealed various results to a large degree regarding the outcome of the previous studies. The opinion poll conducted by Ipsos Mori which included 12 European countries in September 2016 revealed that ¾ of Europeans sympathized with Syrian refugees who arrived to their countries. Ireland came in first in this regard while Slovakia was ranked last.

Here it is striking that some media outlets have taken an interest in publishing the results of this poll. A statement was also made by former British Foreign Minister David Miliband who headed the International Rescue Committee, which demanded that the poll be conducted. He noted: “These results prove that Europeans have not lost their hearts.”

But of course, this does not deny that European media has witnessed an upswing in attitudes posited against welcoming refugees, accusing them of causing security and economic crises in the countries which have hosted them. This indicates a gradual shift in media approaches toward this issue, which can be attributed to several considerations, represented in:

1. The rise of the right: Since the beginning of the refugee crisis, the European right has become very clearly extreme with respect to the presence non-European nationalities, ethnicities, and cultures, considering immigrants and refugees to be a proven – not potential – source of threat to European countries. The past two years have witnessed a noticeable upswing in the popularity of this attitude, which benefitted from the terror attacks which took place in particular in France, Belgium, and Germany, as well as an exacerbation in economic crises in various countries.

2. Adopting extreme rhetoric: Some European media outlets began adopting extreme stances toward immigrants and refugees. Despite the absence of television programs which grant priority to attacking refugees, like their counterparts which call for refugees to be supported and integrated into society. The input of given by right-wing politicians and activists are nearly completely devoid of dialogue programs in various European countries such as Hungary, Sweden, and Austria.

This is in parallel with some outlets taking care to monitor the activities of the PEGIDA (Patriotic Europeans against the Islamization of the West) to clearly demonstrate their dissatisfaction with the process of vetting immigrants to Germany, and was successful in organizing a crowded demonstration in October 2016 in the German city of Dresden calling for Muslim immigrants to be kicked out. Lutz Bachman, founder of the movement, appeared before the judiciary in the city of Dresden in April 2016 on the charge of incitement of racial hatred at the same time that five individuals close to the city were arrested for planning an attack on a refugee shelter center and committing anti-immigrant acts.

We must indicate in this context that the Polish magazine wSieci published a clear accusation that refugees undermined security and stability in Europe on its cover, with an image referring to the sexual assaults undertaken by immigrants in recent months. This type of European media uses instigatory language when discussing refugees, employing words such as “chaos” “attack” “savagery” and “terrorism.”

3. Exacerbating Crises: The Guardian referenced a report published by the Ethical Journalism Network on 17 December 2015 which contained an evaluation of the dishonesty promoted by media content in discussing the refugees flowing into Europe. The goal of this content was to mobilize public opinion and promote right-wing ideas that reject immigrants and refugees by exacerbating the economic issues suffered by these countries.

In light of this, it can be stated that European media has split into several approaches regarding its handling of the question of refugees and migrants. Alongside calls to welcome refugees and support for a policy to integrate the newcomers into European societies, a new attitude has emerged which advocates sending refugees back to their home countries and restricting their movement, and it appears that this division will persist in the near future due to the exacerbation of economic crises and the continuation of terrorist attacks witnessed by various European cities, both of which bear negative consequences for refugees and immigrants in general.