Have Turkey and Iran reached an agreement on Syria? 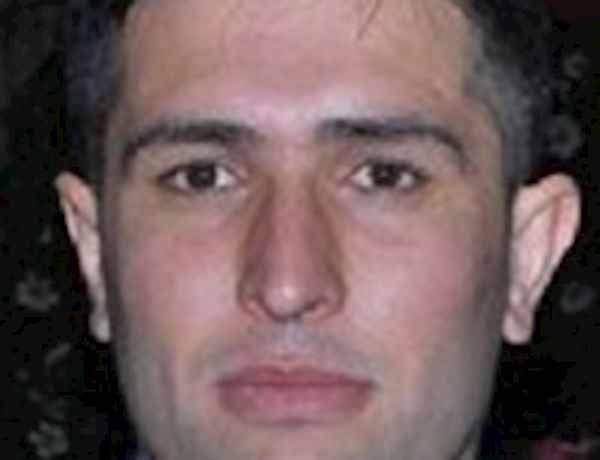 The Syrian armed forces issued a statement discussing military clashes that took place between them and the Kurdish People’s Protection Units (YPG) a few days ago in the far northern city of Al-Hasakah as though they were hoping to send a message directly to Turkey. They described the armed Kurdish group as the Asayish military wing of the Kurdistan Workers' Party (PKK) and tried to encourage a split between this armed party and Syrian Kurdish citizens, emphasizing that there is nothing Syrian about Asayish.

The above occurred two nights after a Syrian military plane bombed the headquarters of Kurdish forces in the city of Al-Hasakah at odds with the unspoken military and political consensus between them which had prevailed for years. This was one of the most important tools through which the Syrian regime was able to pressure Turkey, and became one of the most significant determinants of Turkish behavior and positions on Syria. These clashes took place one week after political negotiation and coordination resumed between the two regional powers of Turkey and Iran after Turkey’s President undertook a conciliatory visit to Russia, which appeared to support the political rapprochement that had emerged between Ankara and Tehran.

The Features of Turkish-Iranian Rapprochement

Iranian Foreign Minister Mohamed Javad Zarif visited the Turkish capital on August 12, and Turkish Foreign Minister Mevlüt Çavuşoğlu reciprocated with an unannounced visit to Iran less than a week later. This unprecedented harmony between the two parties was symbolized with an exceptional statement made by Turkish Prime Minister Binali Yildirim in which he stated: “While Syrian President Bashar al-Assad may have a role in transitional leadership, he must not have a role in the country’s future.” On the same day, the announcement was made that the President of Turkey would visit Tehran this week to follow up on consultations. Iran’s Fars News Agency reported that this visit would represent an official launching point for the process of formulating an Iranian-Russian-Turkish alliance on Syria.

This Turkish-Iranian rapprochement revolves within the bounds of regional issues, each of which affects deep-seated interests and perhaps even the national security of both countries. Past miscommunications and conflicts of interest between Ankara and Tehran constituted one of the most important reasons behind both parties’ aggression on outstanding issues in the region.

Turkish foreign policy-makers are aware that it is impossible to convince Iran to abandon its most important tools of influence in the region, namely, the Syrian regime, and there are grave difficulties associated with any Turkish efforts to penetrate Iran’s central vision on the issue of Syria: Syrian President Bashar al-Assad must remain in his post, and no deadline may be set for him to leave. For Iran, the regime must also survive in a way that will guarantee the continuity of a network of Iranian relations and interests.

Turkish foreign policy cannot do this for two reasons. First, their entrenched sense that they are weaker, and thus have not been able to reasonably achieve any of their goals vis-a-vis Syria. Even Ankara’s supposed allies in the international community appeared hesitant with respect to Turkish plans in Syria. Thus, in this sense, Turkey does not have any other means to end the ‘Kurdish plan’ but to cooperate with Iran. Second, Turkey’s understanding that there is a contradiction between the demand to overthrow the Syrian regime and the need to end the Kurdish project. Turkey has received clear indications from more than one source, and Syria and Iran in particular, which suggest that the Syrian regime alone is capable of halting Kurdish expansion.

If Turkey requested that  Russia and Iran halt the Kurdish plan in Syria in exchange for their completely abandoning the political polarization which they formed as a result of their confrontation with the Syrian regime, and imposing controls on the armed groups that they support, Turkey will have to give up, at least partially, three blocs of regional allies. These are as follows:

Iran cannot enter into a political partnership with Turkey without making very precise calculations. Concerning the forces and issues Iran can negotiate with Turkey, Tehran has a relative advantage, but not in any absolute form. Thus Iran is concerned that these powers could be diminished as a result of an agreement with Turkey which could leave them poised to change their relations with Tehran, even if just on a relative and temporary basis.

For example, if we assume that Iran promises the Turks it will dismantle the risk posed by Kurdish fighters to their national security, Iran will intervene in the war against Kurdish groups through their Syrian allies, namely, the Assad regime, Hezbollah, and other armed Shiite blocs. The outcomes of this war are not guaranteed in the least, as the Kurds have become a part of the network of joint military forces involved in Syria with US support. On the other hand, for the Kurds, Syria has transformed into an existential issue due to their rhetoric and political plan.

The bigger danger inherent in this Iranian-Turkish partnership lies in another matter. If Tehran does create such a partnership, they must break the bonds of their relationships with the parties of Kurdistan in all countries of the region, including the PKK and the Patriotic Union of Kurdistan in Iraq. This will significantly impact Iranian influence regionally and which may benefit Turkey’s influence, in particular on the Kurdish-Iraqi and Kurdish-Syrian front.

The same scale of danger will arise if Iran imposes any Turkish demands on the Syrian regime to make changes which may compromise the infrastructure of the security and military regime, even if only relative. What is crucial for the Syrian regime is that conditions which prevailed before the Syrian Revolution continue to prevail. Otherwise, their complete control over public life in the country will be compromised.

Finally, it appears that the US and Russia are comfortable with this Turkish-Iranian rapprochement concerning Syria. Washington will be rid of the pressures of Turkish projects, which aim to draw the US further into the hotbed of Syria of which it wants no part of. They feel that Turkish rapprochement with Iran may increase opportunities to fight radical movements, an issue on which Ankara does not currently cooperate on neither sufficiently nor clearly. Russia is also at ease because they are aware of Turkey’s current position of weakness and believe it is more advantageous for securing more concessions.