Is Iraq ready to pay the price of freedom from ISIS? 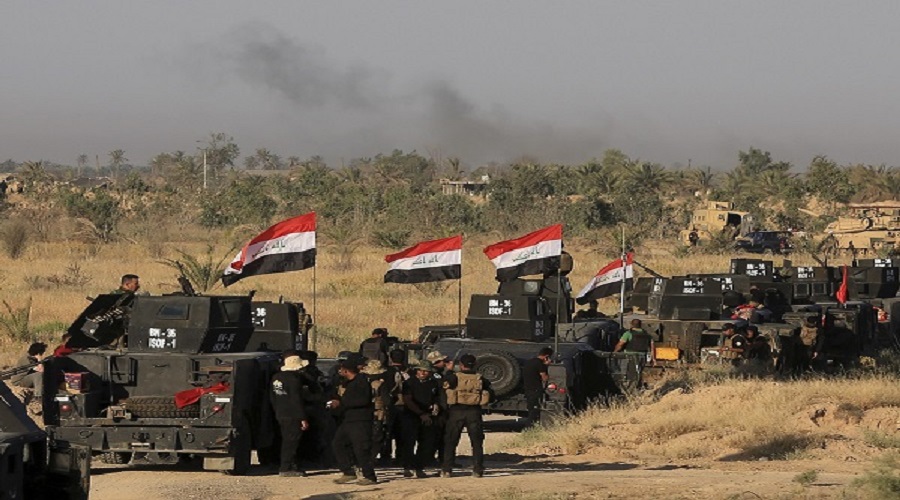 In the last week of May, the Iraqi government announced the initiation to liberate the Sunni-majority city of Fallujah from ISIS. This announcement raised many questions about the timing of this military operation, its goals, chances of success in ridding the city of ISIS, as well as fears of sectarian domination in this battle waged by the Iraqi forces with the assistance of the Iran-backed Shiite Popular Mobilization Forces.

Fallujah was the first Iraqi city that rebelled against the new era following the collapse of the Ba’ath regime, and it was the first city to spark the resistance against the US in early 2004. The city was known as a haven and venue for various armed groups in Iraq, that resisted the US occupation and fought Western and Iranian influence, then finally establishing the so-called "Caliphate State" sponsored by ISIS.

Fallujah assumed this role due to its conservative environment and religious radicalism of its population; it is known as the "City of Mosques." This big city, which was a candidate to become a province, as it lies close to the capital, Baghdad, and is an integral part of the Anbar province, located on the upper Euphrates River. Most of its territory lies within the great desert to South Samawah, reflecting the links and tribal customs, more than any other Iraqi province.

Fallujah was the first Iraqi city that fell under the control of ISIS early 2014, several months before the fall of Mosul, yet it did not attract significant attention from the Iraqi official media since the government did not control Fallujah entirely. Furthermore, the fall was initially embodied in the instability of the city and the large presence of insurgents, whether Iraqis, Arabs or foreigners. The investigations carried out by the Iraqi security apparatuses about the bombings in Baghdad over the past years, have revealed that most explosives, car bombs, suicide bombers and militants operating in the capital come originally from Fallujah, which is only 60 kilometers from Baghdad.

Battle of Fallujah - The Significance of Timing

Many observers were surprised by the timing of the ongoing battle in Fallujah, though it was delayed for more than two years. Due to the strategic importance of Fallujah to ISIS, delays were enforced for the following reasons: its proximity to Baghdad, the presence of militants, bases and weapons caches, and it poses security risks to Baghdad and other provinces nearby such as Babylon, Karbala, Diyala and Mosul.

However, the real surprise is that the Iraqi government announced its attempt to liberate Mosul first, creating a general belief that the upcoming battle with ISIS will be in Mosul, not Fallujah. But the government announcements were a military hoax, apparently, aimed at convincing ISIS to prepare for battle in Mosul for a surprise attack to occur in Fallujah.

From a militarily and security aspect, waging battle in Fallujah first is evidently more important and would entail fewer losses for the government. Should the government have begun the fight in Mosul and was able to liberate the city, the battle for Fallujah would be dangerous and much harder to achieve victory. ISIS would focus on Fallujah and other Anbar cities like Hit, Anah, and Haditha, and the threat would also be greater to Baghdad because the organization would intensify its terror operations against civilians, weakening the Iraqi government and state as a whole.

Certainly the triumph in Fallujah will not be easy for government troops, especially that ISIS would not hesitate to use all available means, including the use of civilians as human shields. However, ridding Fallujah of ISIS can no longer tolerate delays as the city is linked to the survival of the Iraqi state and national cohesion, a challenge that can no longer be ignored.

The government of Prime Minister Haider al-Abadi is politically besieged due to the widespread protests against the administration for since several months. It is economically threatened because of declining oil revenues. Moreover, five ministers in the Abadi cabinet were sacked last April, and their replacements have not assumed their official duties yet. Thus, it has no other options for success but the security aspect, which enjoys broad international support, especially from the United States, Iran, and Russia.

In addition, Iraq hopes to expand its international support, militarily, economically and politically as it achieves victories against the armed groups, which threaten not only Iraq's stability but also other countries in the region. Also, military allies of Iraq will not let the state loses this battle because it is important to the international community as equally as it is for Iraq. If Iraq does lose, it would be a failure for the entire international community and a security failure of all states in the region. This is because ISIS’ threat does not stop at Iraq and Syria, but expands with active elements in other countries like Libya, from which it can threaten Tunisia and Egypt, and penetrate Europe. Moreover, Western officials did not overlook the terrorist operations that took place in France.

Fears of abuses against civilians

The liberation of Fallujah coincides with widespread local and international concerns over the safety of the civilian population, who found themselves amidst a ferocious war, whose two parties are determined on achieving victory over the other. ISIS militants care for nothing but to inflict maximum harm on their enemies that they do not even care for losses in their ranks. On the other hand, Iraqi forces cannot lose this battle at all costs as they would lose all support they currently enjoy, both locally and internationally.

Many observers fear that the humanitarian crisis may be further aggravated amid the Iraqi and international determination to win the battle and push the militants out, not only from Fallujah but also from other areas occupied in Iraq. Issa al-Dulaimi, the mayor of Fallujah, stated that thousands of displaced people from the town went to the nearby Amiriyah area, and they suffer catastrophic circumstances, pointing to the weak support provided to them by local and federal government institutions, and international relief organizations. The Iraqi Red Crescent Society declared that the number of displaced persons from Fallujah had reached 14,000 in June and that this figure will certainly double as the fighting continues. Mohammed al-Khuzai, an official of the Red Crescent, stresses that the humanitarian situation in Fallujah is very difficult and that the population suffers an acute shortage of medicine and food supplies, whereby food prices have skyrocketed.

For his part, Prime Minister Haidar al-Abadi formed a special committee to look into relief efforts for displaced persons. Although the Iraqi Ministry of Displacement and Migration has announced the allocation of 2 billion dinars (equivalent to 1.6 million US dollars) in humanitarian aid for displaced persons, this amount is very modest compared to the scale of the disaster and cannot cover their growing needs, amidst the rough climate.

In addition to fears over the possibility of civilians casualties as a result of military operations, there is a concern of sectarian revenge. Particularly because most car bombings and attacks in the capital and other Iraqi cities that killed thousands of civilians, were committed by militants that originally hailed from Fallujah. As a result, it is necessary that the government, religious authorities, civil society organizations, local and international human rights agencies, monitor the humanitarian situation in Fallujah to ensure that there will be no violations committed against civilians.

Concerns arise mostly from reports about Popular Mobilization fighters, who support the regular army, committing sectarian based-reprisals, since most elements of the Popular Mobilization Forces are Iran-backed Shiites, while Fallujah residents and militants are Sunni. These fears must be taken seriously to prevent such violations. In this regard, the religious authorities and Iraqi government warn that any breaches of human rights or attack on civilians by any party will be treated with the utmost severity.

Sunni Endowment Chief, Sheikh Abdul Latif al-Hamim accused entities in Anbar of planting bombs in displaced persons’ houses in Ramadi after liberating them from ISIS. However, the governor of Anbar, Sohaib al-Rawi, denied these accusations and announced the formation of a committee to investigate the allegations, calling on Sheikh al-Hamim to submit evidence to the committee. If such violations are true, would they happen again in Fallujah?

The fate of the Battle of Fallujah and the future

The current intense battle for Fallujah will most likely end in defeating ISIS militants, whose presence in these areas is diminishing due to the growing international support for Iraq, residents steering away from the city, shrinking number of its militants and supporters, and diminishing funds obtained from oil or tributes imposed on people. However, the consequences of war, destruction, devastation and disagreements among the population about the crimes committed by ISIS militants and those who supported them from the residents of the city, will last a long time. Such consequences need to be addressed legally, financially and politically, and may also need clan-based solutions.

After liberating the Anbar province’s cities, the government will have to head north to force ISIS militants out of Mosul and deal with their impact there, particularly the persecution of Christians and Yazidis and their inhumane treatment of captive men and women. Despite all the difficulties that accompany driving the militants out of the occupied areas with the least possible losses, addressing the effects of the occupation of those areas and the crimes ISIS committed against their people will remain the biggest challenge that the government and the international community needs to address.