How will Saudi Arabia deal with JASTA? 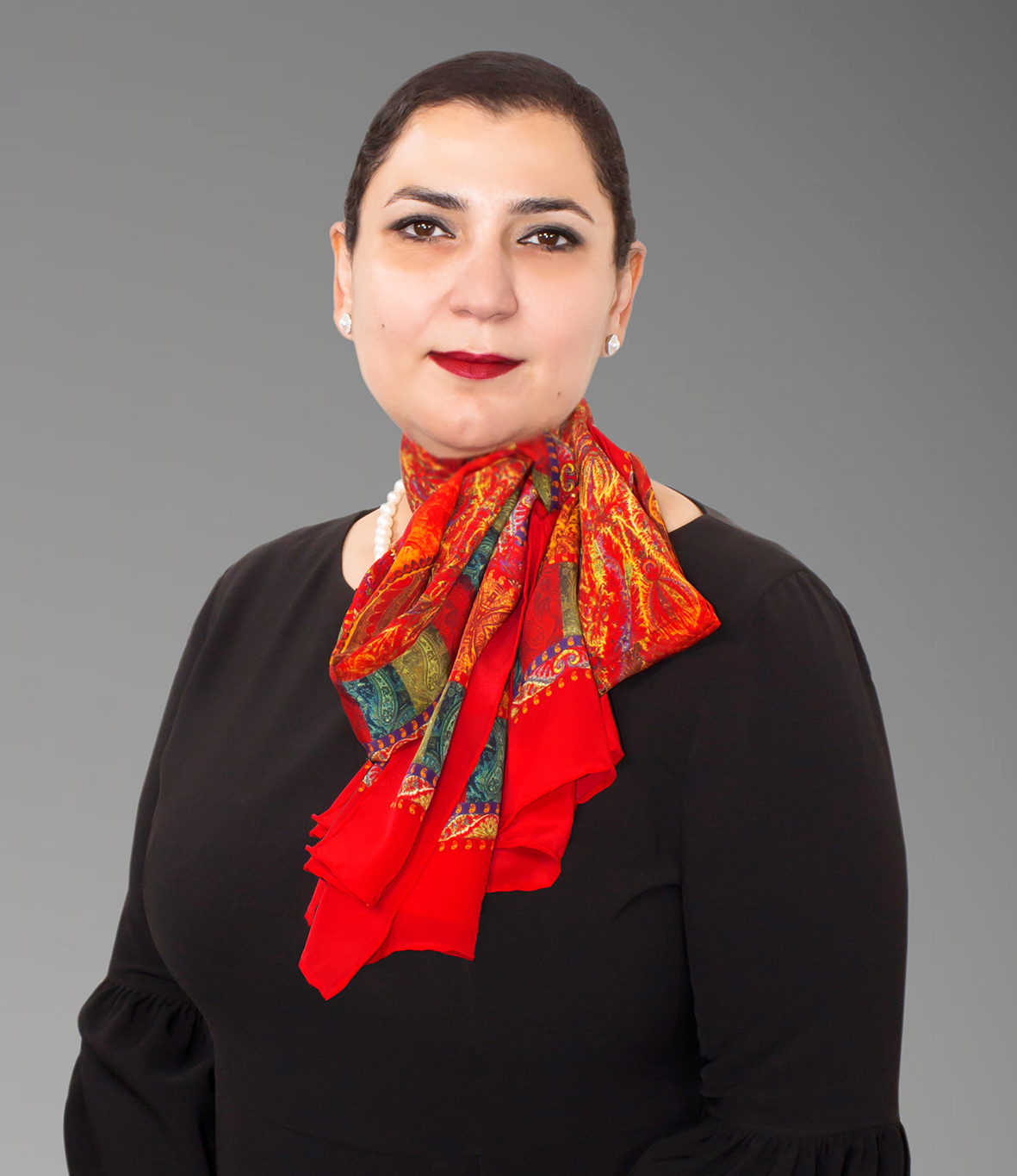 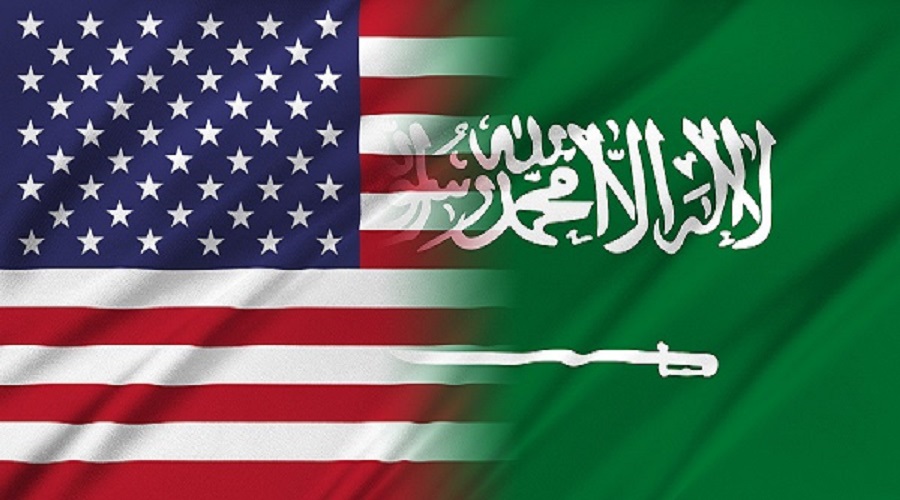 Saudi-American relations entered a new stage of tension after Congress passed the Justice Against Sponsors of Terrorism Act (JASTA) on September 28, overruling the presidential veto. The law represents a turning point in relations between Washington and Riyadh, which have recently suffered from a period of mistrust, especially given the US administration’s stance on Iran and the signing of a deal over Tehran’s nuclear program. The latest developments, including this step by Congress, may represent a climax in bilateral tensions if there is an escalation against the Kingdom, possibly heralding a new era of “post-JASTA.”

Despite the fact that JASTA does not specifically relate to the 9/11 attacks or implicate Saudi Arabia, the circumstances around it imply a connection. The bill was passed in the house only two days before the 15th anniversary of the attacks. It was drafted in response to individual civil cases brought against the Kingdom in American courts soon after the 9/11 attacks, during the George W. Bush era, but was rejected at the time.

Amendments to the law mean it applies to civil actions already pending on the date it was signed or brought thereafter, and to cases related to “an injury to a person, property, or business on or after September 11, 2001.” The law was highly controversial, as it violates the principle of state sovereignty, as a state cannot pass a local law to impose sanctions against another state, not within its scope of jurisdiction.

The bill was presented in 2009, but it did not pass. It was presented to the Senate again at the end of 2015 by the Democratic Senator, Charles Schumer, and his Republican colleague, John Cornyn. It received the support of 24 senators, among them 12 Republicans, 11 Democrats, and an Independent. The law was first discussed in the Senate on September 16, 2015. After additional amendments, it passed in the Senate Judiciary Committee on January 28, 2016. The Senate passed it on May 17, 2016, and then by Congress. However, President Barack Obama vetoed it. The draft went back to Congress again and was passed into law on September 28, overruling the Presidential veto.

While JASTA does not directly implicate Saudi Arabia, the Kingdom has confirmed that it opposes the law. The Saudi ministerial council issued a statement on October 3 saying that the law was a major source of worry for the international community, as it would undermine sovereign immunity of states. That, in turn, could negatively impact all countries including the USA. The statement expressed the Kingdom’s hope that Congress would take the necessary steps to avoid the dangerous consequences of the law.

During his recent visits to Ankara, Crown Prince Mohammed bin Nayef has commented on the new law, saying it targets Saudi Arabia and the Kingdom will take measures to protect itself. The Kingdom’s position on JASTA has been clear since the first vote in the Senate. On May 18, Foreign Minister Adel Al-Jubeir said what Congress was doing “will turn International Law into the law of the jungle.”

In the same vein, Abdullah Al al-Sheikh, head of the Shura Council, said on September 14 that the legislation violated the principle of state immunity from prosecution, which means states do not comply to the jurisdiction of another state. He warned that it would open the door to other states passing similar laws, undermining customary international law.

How can Saudi Arabia respond?

It appears that Saudi Arabia is facing unprecedented financial and political blackmail from the United States. Around $750 billion worth of Saudi investments, deposits, and financial assets are in America, including $119 billion of treasury bonds. In theory, they could be seized or frozen if victims of 9/11 are awarded compensation, estimated at a total of up to $3.3 trillion. The above raises the question: what tools can Saudi Arabia use in response to JASTA?

The Kingdom has several sources of leverage that it can utilize, most prominently:

Saudi investments and assets. Foreign Minister, al-Jubeir, has hinted at using the vast investments and assets his country holds in the US and mooted at the possibility of withdrawing them. He emphasized this was not a threat, but a warning of the implications the law would have for investors’ confidence in the USA. In truth, this kind of step presents a number of difficulties, because selling Saudi assets in the United States would be an extremely complicated process and could hit the prices of said assets, causing enormous losses. Playing the economic card would have a significant impact when needed, although it would be hard to carry out.

Security cooperation and Counter-terrorism. The Saudi government could apply pressure by reducing the level of its security and intelligence cooperation with Washington, putting US interests to the test. Such measures include not allowing flights between European and Asian airspace or use of military bases in the country, which are considered essential to American military operations in Afghanistan, Iraq, and Syria.

Despite tense relations between the Kingdom and the USA since President Obama took office in early 2009, especially given the rapprochement between Washington and Iran and the nuclear deal, cooperation on fighting terrorism has not been affected by the cooling in political relations.

Saudi Arabia has a vast database of intelligence for counter-terror purposes, from which Washington has significantly benefited. If the Kingdom decided not to share that information, the American strategy for fighting terror would be negatively affected, exposing it to security threats due to the lack of intelligence. The Director of the CIA, John Brennan, warned as much, saying the law would have “dangerous effects” on American national security.

Legal measures. The altered version of the law gave the American Secretary of State the right to postpone indefinitely any court ruling on cases that invoked the law, which can be considered a privilege of the White House, giving it the ability to oversee and distinguish between cases that must be carried forward and others that must be suspended. The implementation of the law and the way it is used in court are not simple matters.  The plaintiff must prove that the accused is directly responsible for a terrorist act on American soil. In the case of 9/11, proving that the Kingdom played an official role in the attacks is almost impossible, especially after the release of 28 pages of official US reports about the events, proving that the Kingdom played no part.

Even if cases are brought on the basis of objective evidence, the law makes it impossible to provide compensation for damages because there is no article in JASTA that allows for federal courts to force a foreign sovereign state to hand over assets. According to American legal experts with experience in suing foreign governments, it would be hard to sue the Saudi government based on JASTA, for two main reasons.

Firstly, the attorney of the victims’ families would face enormous difficulties proving that Saudi Arabia as a state or as a government is directly responsible for the events of 9/11. Secondly, they would find it hard to persuade the American or Saudi governments to release documents relating to such an event, as they contain classified information relating to national security.

In light of these legal battles and the difficulties of implementing the articles of JASTA, the Kingdom could resort to using law firms in the United States, with the aim of defining how to deal with the legal context the law creates. Soon, possibly after the election season, Congress may change the law to guarantee the protection of American soldiers overseas and to prevent Washington facing lawsuits in foreign courts and be dealt with using the principle of reciprocity that harms its own interests. The next US administration will not risk damaging its vast network of relationships and interests in Riyadh. If Congress takes such a course of action, the Saudi government could apply pressure to ensure the altered version of the law avoids harming its interests.

Joint efforts with other Gulf states. This is a highly important tool in support of the Saudi position. Other Gulf states are likely to take positions of solidarity with the Kingdom - economically, politically, and in terms of security - if the US is taking steps against Saudi Arabia based on JASTA. Recent statements by Gulf officials have made it clear that they are likely to support Saudi Arabia in this way. The Secretary-General of the Gulf Cooperation Council, Abdullatif bin Rashid Al Zayani, said GCC states see the law as violating the principle of sovereign immunity and believe that any violation of this principle will have negative impacts on relationships between states, on top of the economic damage the law could cause around the world. Sheikh Abdullah bin Zayed Al Nahyan, the Minister of Foreign Affairs of the United Arab Emirates, also warned that similar laws could negatively impact international efforts and cooperation in the fight against terrorism. Bahraini Foreign Minister, Khalid bin Ahmed Al Khalifa, said the law would backfire on Washington.

In conclusion, it appears that Saudi-American relations will enter a new and unprecedented stage of tension and escalating divisions, especially given that the first cases were already brought before American courts immediately after the law came into effect. It can be expected that because of the law, the Kingdom will be exposed to a level of financial and political blackmail. JASTA gives the State Department powers to intervene and negotiate with the government or state that is being sued under the law. Therefore, it is possible to suspend cases until negotiations are complete - and that means that the outcome will be subject to political bargaining.

Saudi Arabia, therefore, faces a turning point in its relationship with the United States, which could push it to re-evaluate its ties in strategic terms. It is vital to think about ways of dealing with the legal implications of JASTA and examine the tools available to make maximum use of them in the event any cases are brought forward.