Promising Opportunities for E-learning in the UAE 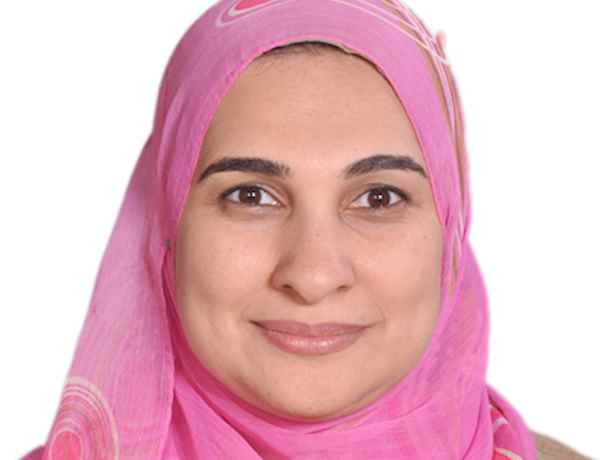 Sustainable development is undoubtedly one of the biggest challenges in the 21st century. Modern societies face the need to achieve development for its present generations, without jeopardizing development opportunities of future generations. In this context, learning remains the basic investment tool in human capital- the ultimate goal of development, besides being a necessary condition to guarantee the sustainability of development.

Accelerating technological progress forced service sectors, including learning, to try hard to go along with it. On its part, United Arab Emirates turns its attention towards e-learning in order to achieve the Vision 2021 it adopted.

E-learning had some modest beginnings in the 1960s within a number of Western universities. During the 1970s and 1980s, the emerging field took a further step through computer-based learning. By the end of the 1980s, e-learning has become a common feature of the academic life in the West.

The groundbreaking development for e-learning came during the 1990s with the development of the World Wide Web and the fast rise of the Internet. Another stride has been taken by Murray Goldberg who developed a package of WebCET programs that made it possible to offer curriculums through the Internet.

Now, e-learning is an international industry of $ 56.2 billion dollars. Despite the lack of a widely accepted definition for the e-learning, most proposed definitions deal with the following four elements: use of technology, interaction between the educator and the student, inclusion of information and training and the desire to achieve high education quality.

As for sustainable development, e-learning is more eligible than the traditional learning to contribute in achieving it, with all its economic, social and environmental dimensions in a way that does not affect the chances of future generations.

E-learning in the UAE

The Asia is the fastest growing market for e-learning in the world, with a growth rate of 17.3% per year. On the other hand, the same market in the Middle East achieved a growth rate of only 8.2% in 2011, with total revenues of $ 478 million dollars (expected to go beyond one billion by 2016, according to Ambient Insight- an IT firm).

Thus, e-learning has become a top priority for the UAE, especially as it has a high potential for future development for a number of reasons, among them the availability of political will, at a time when IT enjoys an advanced position among official educational goals. In 1995, during the fourth annual conference for e-learning, His Highness Sheikh Nahyan bin Mubarak Al Nahyan, Minister of Culture, Youth and Community Development, who was then Minister of Higher Education and Scientific Research, declared that UAE is seeking to become a regional e-learning hub.

In 2006, His Highness Sheikh Mohammed bin Rashed Al Maktoum, Vice President, Prime Minister of the UAE and the ruler of Dubai, launched the IT project in Dubai schools, which has been extended later to Abu Dhabi, in the context of a comprehensive plan to extend it to all national schools. Then came the launching of the Electronic Government Project in Dubai in 2001, which gave momentum to e-learning efforts. In 2007, the Ministry of Higher Education and Scientific Research announced the paper of license and accreditation standards for e-learning. Also, the UAE Journal of Educational Technology and e-learning has been issued in 2009, with the aim of developing the efficiencies of specialists through making available an open electronic platform to exchange experiences, strategies and research results in the fields of teaching technologies and e-learning.

The most significant action has been the launching of Smart Learning Initiative in 2012, through cooperation between the Ministry of Education and the Telecommunications Regulatory Authority, and in coordination with the Prime Minister Office. The initiative aims at securing a sustainable high quality of education and equal opportunities for all as for sustainable and just development. This initiative will cover all national schools by 2017. It carries positive effects for school and university education and businesses people.

It is noteworthy that in early 2008, total of 27 schools have adopted e-learning. On his part, His Highness Sheikh Hamdan bin Mohamed bin Rashed Al Maktoum, the Crown Prince of Dubai, attended the opening of Hamdan University to be the first e-university within the Gulf region.  Moreover, several universities in the UAE offer e-curriculums, such as Stafford Associates and Middlesex University Dubai. Also, most universities use BlackWord programs or electronic patterns in curriculums.

On the other hand, the competitive ability of the UAE on both regional and international fronts, provide opportunities for continuing growth in the e-learning sector. It is notable that Emirates won an international award for e-learning projects. In 2011, The UAE ranked 11 among total of 26 countries on Boston Consulting Group’s global Internet e-intensity Index. Also, among the GCC countries, the UAE came out on top in 2013 as for e-government, and had the sixth highest score globally in the e-Participation Index issued by the UN. Thus, it is obvious that the UAE enjoys the necessary infrastructure that makes future growth and expansion in e-learning possible.

The future of e-learning seems promising and supportive for sustainable development, particularly as the conditions of political will, infrastructure and public willingness are all available, beside its competitive position regionally and internationally. The expected growth in e-learning, both on national and international levels, carries along with it an expected change in the role of the educator within the educational process, and in the concept and mechanism of scientific research.

Yet, the size and form of the demand for technological infrastructure related to e-learning, are defined by four main factors: information, mobility, the social side and Clouds. So, it is expected that future technological types of e-learning will expand to include m-learning, Cloud-based learning and Gameplay mechanics learning.

It important to remember that the positive role of e-learning in sustainable development is dependent on the availability of clear plans for e-learning and local and international conditions to guarantee credibility and quality, the continuing training for the human element related to new technologies, and periodic maintenance plans for technological infrastructure to cope with constant technological development.