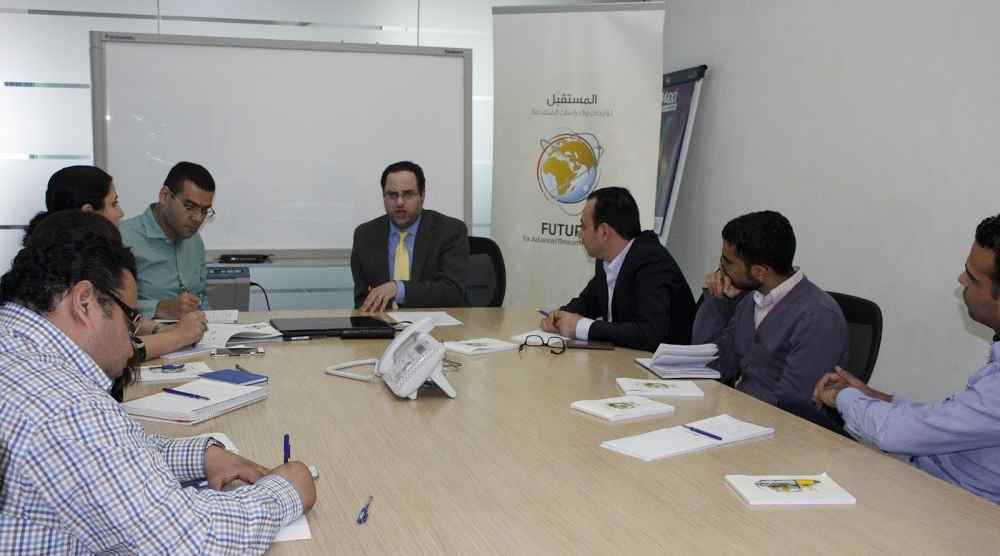 Potential implications of the Justice Against Sponsors of Terrorism Act (JASTA) on the relations between Middle East states, and the United States' relations with the Middle East, were the focus of a lecture delivered by Dr. Samuel Greene, Visiting Assistant Professor at the National Defense College in the UAE, at a workshop hosted by Future for Advanced Research and Studies (FARAS) on November 9, 2016. The lecturer focused on the domestic motives behind the law and the political and legal repercussions of passing the new bill in September by the US Congress to allow legal action against states depicted as playing a role in the 9/11 attacks.

The passing of JASTA has raised controversy about its potential legality and political consequences as it allows families of victims of terrorist acts to sue the countries of individuals involved in such acts. The lawsuits can be filed against Middle Eastern states even if they are not linked to the terrorist acts. The general line of the controversy about the issuing of this law features the following repercussions:

During the workshop, Dr. Samuel Greene opposed the beliefs dominating the public debate over the reasons for passing JASTA and presented a different view that the law is only a reflection of domestic interactions taking place in the United States meaning it should not be regarded as something directed at the rest of the world, despite its widening consequences and the controversy it has created across the world. The following stand out as key motives behind passing:

The passing of JASTA has exacerbated the already tense relations between the US and Middle Eastern states. The passing of the law came after a series of events that further aggravated the divergence of positions including the conclusion of the nuclear deal between Iran and the P5+1 group of world powers without taking into account threats posed by Iran to stability and peace in the Middle East, and the fact that the Obama’s Administration had broken its promises to counter the violations of the Assad’s regime in Syria and maintain the US policy of distancing itself from involvement in Middle East  crises. Within this context, the repercussions of JASTA caused a debate among participants in the workshop.

Some participants focused on the United States being faced with potential reciprocal treatment by foreign governments and the possibility of filing legal suits against the United States over violations against prisoners at Guantanamo Bay and Iraq's Abu Gharib prison, as well as over victims of the US wars in Iraq and Afghanistan and its bombing of civilian areas in Afghanistan and Pakistan. Moreover, the new law will further strain relations between the United States and its traditional Middle East allies.

Others focused on potential preemptive policies that some Middle East states may pursue to counter JASTA, such as Saudi Arabia who could withdraw its investments and assets from the United States, a procedure that would damage foreign investor confidence in US economy. However, most of the participants ruled out the possible implementation of this scenario due to the potential financial losses and economic hardships that can result from such measures. Another main line of discussion at the workshop highlighted a different perspective is downplaying the significance of JASTA for the development of United States' relations with Middle East states.

Those for this view believe that the new law is no more than a marginal event that should not impact ties between both sides. They argued that the articles of the law make it unenforceable because it requires individuals filing legal suits to prove direct involvement of concerned states in terrorist attacks, which is practically not possible. Moreover, the law does not include an executive mechanism through which assets of involved states can be seized, or the means for possible compensation ordered by relevant courts for the families of victims can be collected.

According to the law, those affected by terrorist acts can sue Syria over crimes perpetrated by ISIS against civilians. They can also sue Afghanistan for terrorist attacks carried out by al-Qaeda, or Pakistan for harboring al-Qaeda leaders. Such legal suits can result in judgments of conviction against these states. However, the implementation of punishment and collection of compensation remain unenforceable because the law itself does not include an executive mechanism to freeze the assets of these states in the United States or collect payment.

Regarding the potential impact of JASTA on US relations with Saudi Arabia, the participants generally stressed that these relations are vital, irreplaceable and indispensable based on the fact that they are founded upon mutual agreement between the two sides over the definition of regional threats, especially those posed by Iran to regional security and the common interests of the two states, i.e. the United States and Saudi Arabia, in restoring stability in the Middle East and countering terrorist threats.

Moreover, conflict of interest between Russia and Saudi Arabia would hinder rapprochement between the two states due to Russia's propping up of Iran and the Assad regime. The same applies to China which considers Iran as a vital state in its New Silk Road and seeks to integrate it into its regional surroundings. China further aims to focus on enhancing its economic relations with Arab countries while it does not prioritize developing its military relations with Middle East countries.

The workshop was concluded by emphasizing that US ties with Middle East countries will be under comprehensive review in the aftermath of the US elections and the congressional midterm elections to end a phase of stalemate during Obama's presidency, despite the fact that the trajectory of these relations will remain unpredictable until the new US administration is formed and the President-elect begins to draw the broad outlines of US foreign policy concerning the Middle East.