Attempts to Control the “Arabs” of the Middle East 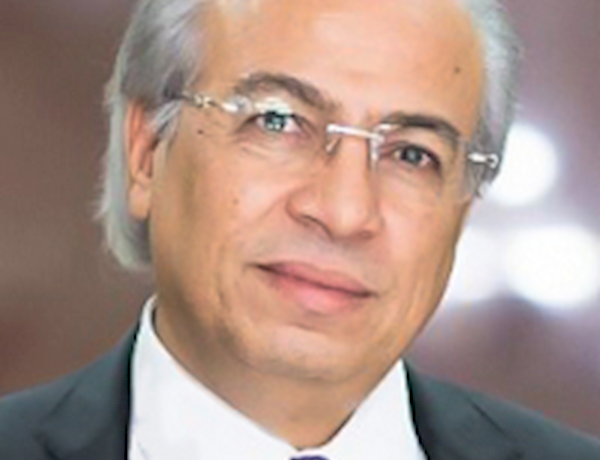 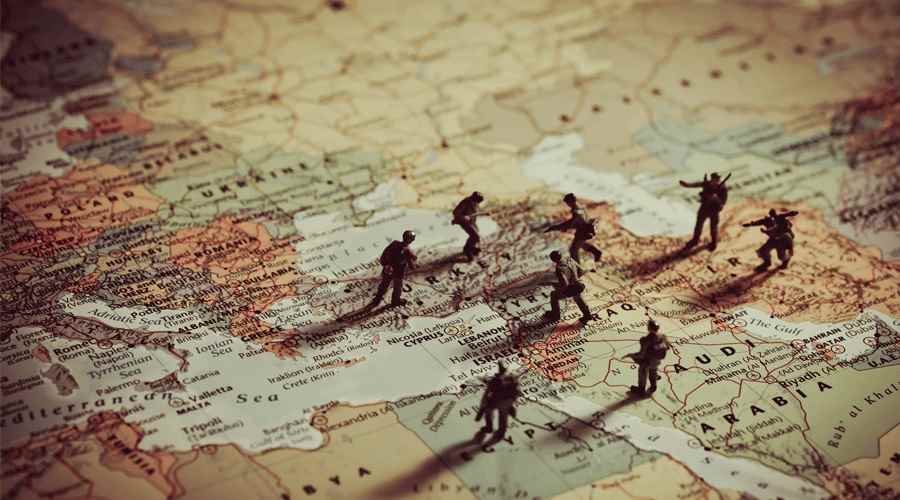 So far, international relations do not include the concept of “bragging.” However, this concept can be seen evidently in the Middle Eastern interactions. Currently, the Middle East is witnessing continuous waves of unjustified and illogical “bad practices” that do not take into consideration any rules or interests. They can be seen in the orientations, policies and “statements” of major regional powers, surrounding the Arab region, such as Iran, Turkey and Ethiopia, or countries within the Middle East itself, such as Israel. This is in addition to the hopeless Arab case represented in Qatar and its affiliated parties in Arab countries. These orientations are either supported or ignored by major capitals across the world, as everyone seems like they have decided to get rid of Arab countries.

The State of Nature

Academically, it is difficult to explain what is happening, unless by going back to what Thomas Hobbes wrote in 1651 in his book Leviathan about monsters and wolves in “the state of nature” and the causes of conflict between people in the era of “lack of reason.” If it were possible to rely on the concepts of interest and power when it comes to the most realistic international relations’ theories, then the same questions would not have been repeatedly asked without finding any convincing answers for years. So what does Qatar want exactly? What is Turkey doing? Who is taking decisions in Iran? There are also questions about what Israel is pushing for in the Kurdish region and what Ethiopia is doing while managing the problem of the Renaissance Dam. As for “power,” the answer is simple as I have repeatedly heard that some countries do what they do because “they can” or think they can.

On the other hand, a “circus” for the remaining Arab countries is held at international forums that are supposedly very serious and raise repeated questions that they do not seem to get bored of repeating. Why did Egypt oust the Muslim Brotherhood rule? Why does Saudi Arabia send its forces to Yemen? Why does the UAE move towards regional tense areas? No answers are conveyed. It is as if states can neither maintain their existence from what seems like domestic occupation nor preemptively defend their national security from imminent threats and must thus wait until threats reach their territories. However, all that represents nothing compared to what is currently said within the framework of the Qatar crisis.

In a recently held academic meeting, the American stance towards the Qatari crisis discussed in an attempt to explain the reasons which pushed the American administration not to take a specific stance. The speaker at the meeting was a former American diplomat and he sort of made a recommendation when he said: “Washington will not stand by this camp just because it is saying that Doha is causing it problems. It will not do so even if it is convinced. This camp must convince the US that Qatar is causing it (Washington) the same problems as without that, Washington’s policy will be turning a blind eye.” No country will seriously intervene in a “matter” that does not directly affect it. Meanwhile, other issues are linked to each state’s interests with both parties and are related to each party’s capability to influence the non-intervening states. This is in addition to differences of orientations from one administration to another.

This is acceptable in the logic of practical politics, i.e. if influential countries are not concerned that certain groups in the region threaten Arab countries, then – using this logic – they should not need to interfere in these countries’ orientations towards what they views as eminent threats. However, what is happening in the “academia world” at least is that Arab participants in recent international conferences are being verbally tried because their countries adopt strict policies. These participants cannot engage in dialogue. The entire issue is then summed up as “regional competition” or “new leaders.”

All this can be tolerated or managed despite its complications, but what is actually worrying is “the bigger picture,” which is sometimes dimmed by daily digital battles. This bigger picture is linked to the size of cracks in the Arab world, caused by the ongoing developments since the occupation of Iraq in 2003, revolutions, extremists’ brutality and regional interference. This is in addition to the problem of Qatar and the Kurdish region. Those who think we are currently confronting “the nightmare scenario” should wait to see what will happen if war-torn regional states are divided.

The “bragging countries” do not even bother providing justifications for sabotaging other Arab countries, which enforces the latter to stand up for themselves instead of waiting for recommendations from other superpowers. The alarming issue is that superpowers deal with the Arab region like its role is over and that major Arab countries are heading towards an “eclipse,” and the only option left is to divide them or mitigate them and they should simply accept this. The following present some examples of what was said in international conferences:

1. All what Iran does in the region is correlated to its own perception of national security. Iran attempts to collect cards to deter and negotiate with parties, which target it. Its presence in Iraq aims to “fill the vacuum.” It further utilizes its presence as a bargaining chip with Washington. Its relations with Hezbollah is part of the confrontation with Israel. Iran does not have any influential presence in Yemen, as the Yemeni people do not need anyone to arm them or teach them how to fight.

Moreover, the strangest statement made is that Iran is currently working on maintaining the status quo (which is its presence in at least four Arab countries) while Arab countries, primarily Saudi Arabia wants to change the status quo via “extreme policies” that lead to instability. Accordingly, the Western academia, from North America all the way to Scandinavian countries, assumes that Saudi Arabia should be the one opening dialogue channels with Tehran.

2. The “four countries” should have been more realistic when dealing with Qatar as many countries, if not most of them, support terror groups and maintain ties with extremists, one way or another, for pragmatic reasons. Such reasons are relevant to evading threats, recruiting, reaching deals or attaining information. Moreover – and this was directly said among leaders – “all countries interfere in other countries’ internal affairs” one way or another, so why were these strict measures taken against Doha? Why wasn’t an unconditional dialogue held with it on the basis of the principle of state’s sovereignty? “This is on the basis that Qatar respected countries’ sovereignty.”

3. The borders on which the region’s countries were established are fake borders – and these are Israeli statements – which caused all the current problems in countries where revolutions erupted. In order to maintain the region’s stability in the upcoming phase, divisions must be drawn on the basis of natural and demographic borders and they will be “secure borders.” The number of entities, which will form states, from Syria, Iraq, Libya or others, does not matter. Statements that problems will result from the independence of the Kurdish region in Iraq do not matter either as the situation will be better with time as “Israel did the same (even) while several countries were militarily attacking it.” In general “Israel does not need this entire region” as its natural framework is in the “silicon valley.”

Meanwhile, the West is angry at Turkey. Ankara’s current policies are causing problems inside Turkey and beyond. Turkey no longer has many allies and it began to deviate away from its traditional concerns. Its problem with everyone, in the region and the world, is linked to Edrogan’s visions that Turkey “has become strong to the point, where it can do what it wants without paying attention to anyone.”

Responding in the Field

Once again, the issue is not about verbally responding to all what was previously mentioned, as matters have gone beyond “the war of words” and verbal responses will not be that useful. In the meantime, the region is not an arena for controversies, but a “battlefield” for parties that believe “they can seize power” as per the logic of “eat or be eaten.” Therefore, any Arab country that shows any signs of weakness will be crushed and no one will hesitate to seize what can be seized of its resources, territories or “sovereignty” and topple it if possible.

What is interesting is that if one observes the statements, which some of the region’s countries, like Iran, Turkey and Israel, make about each other, we will discover that these states apply the concepts of pragmatic policies. Such policies are characterized with rationality that is based on forgotten principles such as peaceful co-existence with a “dangerous neighbor,” or at least not venturing when dealing with it.

There is currently a common perception that nothing will go back to the status quo. This is relatively accurate as the region’s features will in fact change, but in order not to “cry over what Arab countries failed to maintain,” the quartet countries must resume doing what they are currently doing. The Quartet states must develop this approach towards confirming what Liddell Hart once called “the strategy of work” as no one will be deterred without being painfully addressed – unlike the concepts of resorting to power in the “era of rational calculations,” which leave space for mutual interests. Unfortunately, amid the current balances of power, confrontations in the Middle East will be long, costly, and painful and may include “black swan” surprises. The most important point is that Arab countries must rely on themselves as, most probably, no one will extend a hand to help them.

In the end, the current “quartet alliance” must be somehow expanded, not to possess more capabilities but to reach a consensus over a general vision. Current crises reveal that there are Arab parties that have “opposing orientations” or prefer to distance themselves and take a neutral stance. An agreement should be made with “those who seem willing to join the alliance” to defend the region. In this agreement, the state – amid flexibility about its form – will be the prominent actor when confronting small entities. The state should enlist civil values to combat extremist movements and maintain an Arab identity that is based on moderate Islam. Such vision may present itself as an alternative to Arab vacuum and regional bragging during this most difficult phase the region is facing in its modern history.