Lessons Learned in the Middle East

The 9/11 anniversary looks different this time, not only because two decades have passed during which the world underwent unprecedented shifts in politics, security, economy, society and technology, but also because the anniversary came this time only a few weeks after the Taliban re-assumed power in Afghanistan. Their comeback followed the US controversial withdrawal. Some view the withdrawal as a sign of receding US power, while others view it as a realpolitik approach pursued by the Obama and Trump Administrations and continued to the current Biden Administration. The priority of this approach is to restructure and reform domestically to compete with China's rising power.

The US withdrawal added a new lesson to the series of lessons that the 9/11 attacks presented, and continue to present to the Middle Eastern states and societies. For example, some regional reviews have assessed the possibility of continuing to rely on close partnerships with the US, despite its strategy for downsizing its overseas military missions. This American reluctance to continue involvement in the Middle East has prompted so-called “void-filling powers”, such as Russia, Turkey and Iran, which stepped in to become major actors in the region’s war and peace dynamics.

This lesson learnt by some Middle Eastern governments reflected on the pace of regional adaptation, which seemed to have accelerated more rapidly in recent years. Such adaptation entails their reshaping of regional alliances, tendency to conflict and external polarization mitigation, as well as diversification of relations with international powers such as Russia and China, and it even prompted a comeback of calls to revive Arab alignment based on the security and integrity of Arab states to counter the infiltration of regional powers such as Iran and Turkey.

With the 9/11 anniversary and the Taliban comeback to power coinciding this year, the region seems to be put face to face with new potential sources of fuel for terrorism, which rose then kept a low profile in the decade that follows the 2011 uprisings. Some experts expect a new motivation for terrorism to rise both locally and internationally, due to the impact of the Taliban model on the movements of al-Qaeda and ISIS and their franchises in the Middle East and the Sahel.

As a result, the changes of understanding concepts such as security and the sovereignty of states, that the Middle East has witnessed during combating terrorism and interference by foreign powers post 9/11, are likely to continue at a steady pace. These changes will even give a boost to other phenomena such as the rise of “the strong man” countering the security and political exposure of some Arab states due to a decline in democracy. The reason is that building internal political stability and agreement in these states and their societies seemed to be a hard task due to attempts to impose the will of foreign powers or importing a certain political model into irrelevant contexts.

This lesson, as well as the repercussions of 9/11 for the Middle East, are at the focus of a special profile prepared by the Future for Advanced Research and Studies. It features a diverse collection of opinion pieces by well-known experts and researchers from the region who attempt to address changes that took place in our region and to explore the outlook two decades after the 9/11 attacks. 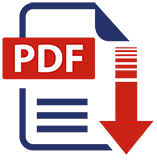