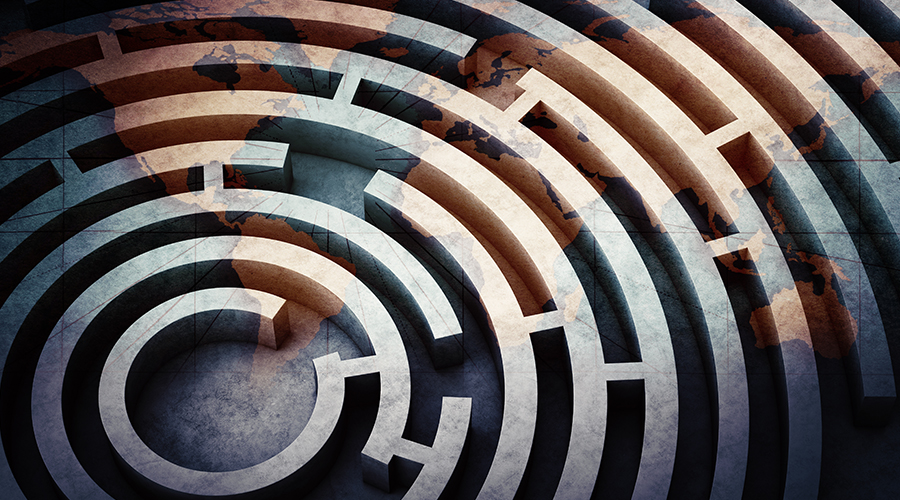 World politics is rapidly changing and becoming more complex than ever. Like a labyrinth, world politics are fraught with convoluted paths that lead to the unknown; some, though unclear, may lead to safe exit; others, apparently simple, might lead to a dead end. The dystopian science fiction, Maze Runner, encapsulates this image lucidly. In international relations, such view of world politics has been dubbed ‘the maze dilemma’.

Too, the maze keeps rapidly changing, producing new phenomena and patterns. And though invisible, the none stop change produces surprises along the way, creating absolute uncertainty. But always there is an exit at the end of this shape-shifting maze.

As new barrier materialise others disappear. Passageways shift, change, vanish, others spiral into dead ends, and only a few– if not just one –best solution might emerge. In this ever-shifting world, could answers be trusted? May one attempt to predict? While this analogy may sound fantastical, the politics of the world we are experiencing most certainly is not. The challenges facing our world today are very real.

The underlying issue is that big changes throughout history have happened through force. And if we were to accept the cyclic philosophy of history, then we could say with certainty that the turn of a new cycle has begun. Indeed, the transformation of our maze was launched by the Covid-19 pandemic, producing a ‘new normal’: lockdowns, border closures, movement restrictions, looming recession, and uncontrollable inflation. This, coupled with the ravaging Russo-Ukraine (or more precisely the Russo-West) war is shaking the foundations of the entire world system.

Alongside economic, military and political shocks sweeping the international system is a ‘fourth industrial revolution’, or Industry 4.0, a rapid change to technology, industries, and societal patterns, also is transforming the shape of war, power, and deterrence. The technological revolution is reshaping the international system, no doubt. Once the strength of an army was measured by the number of its troops, arrows, and swords; later by more advanced weapons like gunpowder, tanks, and fighter jets; now armies have become far more sophisticated, relying heavily on intelligent technologies. The West as a result have become more protective of their high-tech arms, banning exports to those nations they consider foe.

Characteristics of a New World

100 years following the Great Depression, the world faces another devastating economic recession. Europe returns to the dark times of war after decades of peace and prosperity. The UN General Assembly and the like Security Council, much like their predecessor, the League of Nations, are in complete paralysis over the ongoing war in Ukraine. Like the US and the Soviet Union replaced Britain and France, China and Russia are set to replace Europe and the US who are struggling with military and economic challenges. Industry 4.0 also is accelerating this change, spluttering new patterns and values that hadn’t existed just a few years ago.

Thus, there’s an urgent need to re-examine existing theoretical frameworks to capture these changes in more meaningful ways. New tools need be developed to offer more meaningful explanations of new political and social phenomena, to describe with clarity the emerging lived reality emerging from those changes to aid decision-making process. A starting point might be to problematise classical definitions such as ‘state’, ‘war’, ‘systems’, ‘international’, ‘regional’, ‘sub-regional’, ‘friends’, ‘enemies’, and ‘values’.

The Westphalian state, for instance, is losing its grip on sovereignty. Trans-border communication technology is allowing citizens to access information beyond the control of the state. With the emergence of ‘alternative realities’ such as the Metaverse, systems are becoming more chaotic and far more unpredictable to the point where the word ‘system’ itself has lost its original meaning. The West no longer has control of the ‘International System’, for the host of neoliberal, universal ethos and international norms have become the subject of heated criticism and contention. Non-Western cultures are resisting the West’s overarching values that often clash with their own values. There’s a growing frustration at the West’s double standards, especially when devastating sanctions and interventions are imposed on the pretext of democracy and human rights as understood and promoted by the West, including gay and trans rights which not all non-Western nations agree on.

Globalisation, too, the dominant ethos of the 21st century following the collapse of the USSR, is being redefined. The very West which aggressively promoted globalisation were the first to shut down their borders during the pandemic. Countries like the US introduced far more stringent measures to keep immigrants off its shores. Trump has exemplified this change in world view, shunning any responsibility to regions beyond America’s boarders. In the EU, the High Representative of the Union for Foreign Affairs and Security Policy, Josep Borrell, in what has been described as a “neo-colonial rant”, described Europe as a “garden” of prosperity and the rest of the world as mostly a “jungle.”

A new virtual world has emerged, thanks to hyper-real technology and real-time communication technology. The Metaverse, a virtual reality where users build alternative worlds and create their own rules and laws away from the physical world. In their pursuit for individualism over anything else, virtual citizens of the metaverse have created their own norms and values which fit their personal desires, and new kinds of human and non-human relations, sometimes even between the living and the dead, have emerged, transcending existing cultures, nationalities, and values, into new ones that are fluid and could not be pinned down.

From here, one would ask many questions about the new world order: does America remain the hegemonic power of the 21st century? Or is its role receding to a mere de facto? Has it become a question of ‘prestige’ for the US, empty of any true power to influence world politics?

How can we redefine globalisation, hegemony, and state? What are the new understanding of sovereignty, citizenship, statehood, and nationhood? What is the new shape of world order? And which values are going to influence it? If the ethos of the 21st century was formed following the West’s apparent victory over Communism and the subsequent collapse of the Soviet Union, what inspires the new values of the world we are living in now? And what’s its trajectory?

Attempting to offer any exhaustive answers to these questions may well be beyond the scope of this essay. Yet, what is clear as we witness the changing nature of the world’s political system, driven by Industry 4.0, is a foundational shift in the collection of values and views that underpin our social world, and how we perceive others in this order. Certainly, we can see a cultural rift between nations: old enemies have become friends, and visa versa. Political relations are changing, and perhaps a relationship of “frenmity” (a dual status of being friends and enemies) are emerging.

The foundations of the modern world are changing, and with are definitions, values, and frameworks that could explain them. Is the shift, driven by Industry 4.0, will give platform to new actors to assume the role of major powers instead of others? Are multi-billion tech companies going to overtake state power? How could these relations shift, and what dynamics are going to emerge? Which new supra-national organisations might arise from these changes to manage and regulate these relations?

In the end, what is the new theoretical framework that could explain the new realities and allow us to predict its trajectory, so that states and decision makers could calculate their ability to keep pace with the global change, within its capabilities? Where will it all end in this new world order? 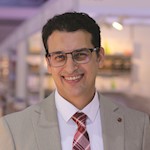