The Death of Amini

Could Iran’s unrests over 'Hijab Laws' amount to a revolution? 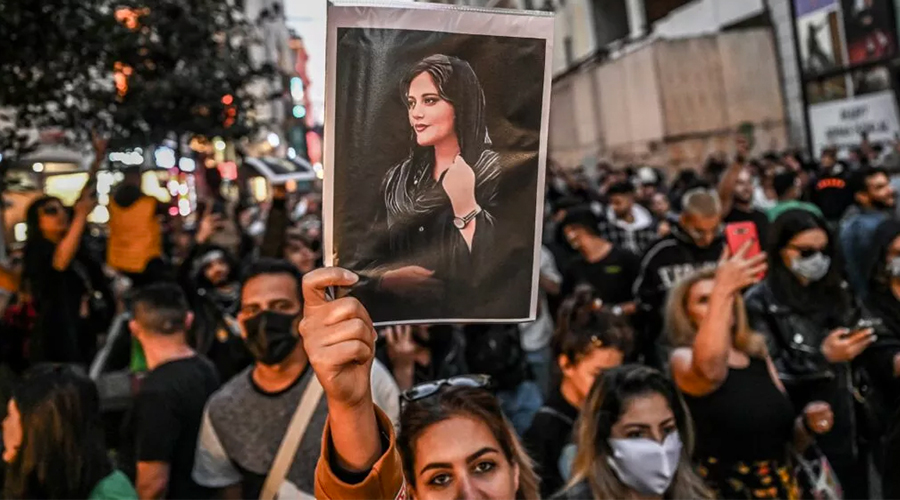 Waves of popular unrests have taken the Islamic Republic of Iran by a storm since the signing on 15 August of a new “Hijab and Chastity” decree signed by the country’s hardline president, Ebrahim Raisi. Based on the new law, women who do not wear their hijab ‘properly’ in public places, or those who publish their pictures without a hijab on the Internet will be deprived of some social rights for six months to one year, and could face imprisonment.

The decree sparked countrywide protests by women who posted videos of themselves on social media with their heads uncovered on streets and on buses and trains. In recent weeks, the Iranian authorities have responded with a spate of arrests, detentions and forced confessions on television.

Mahsa Amini, 22, a young woman who was arrested in capital Tehran by Iran’s ‘morality police’, fell into a coma and died three days later. Police said she was wearing her hijab too loosely. Following Amini’s death, protests spread to more than 80 Iranian cities, in what has been described as Iran’s worst demonstrations in many years. Rights groups say hundreds were killed in the crackdown that followed, the deadliest violence since the 1979 Islamic Revolution, and has questioned if Iran is headed towards a revolution that is reminiscing of Tunisia’s unrests, when twenty-six-year-old Mohamed Bouazizi set himself on fire, effectively sparking the Arab Spring.

Police denied accusations by Amini’s family, saying a heart attack was the cause of Amini’s death. Yet the public seem to be unwavering by the official story. Iran has been facing mounting economic and political pressure that has led to waves of unrests in recent years; coupled with government’s tightening grip of women and personal freedoms, the situation in the country is headed towards uncertainty, and a series of developments in this context could be summarised as follows:

1.    Demonstrations spreading across Tehran and other religious capitals:

Protests began in Saqez, Amini’s birthplace, and spread quickly to Iran's Kurdish-populated north-west, reaching more than 50 cities and towns. Qom, one of Iran’s largest cities and of high religious significance, saw large numbers of protestors take to the streets, revealing mounting fury even in traditionally conservative regions. Scores of expatriate Iranians took to the social media, sharing footage of clashes between protestors and Iranian police, and anti-government posts demanding justice for Amini.

While demonstrations in many cities were peaceful, protests in other cities were largely violent, with many cases of unconfirmed deaths. Police centres were set on fires, and there has been instances of bloody clashes between protestors and security forces; women have taken their hijab off in mass; pictures of supreme leader Ayatollah Ali Khamenei burning; these unseen protests are becoming clear challenge to the recently signed law and the countries religious and political institution. Raisi’s discourse, however, has focused on asserting the Islamic revolution laws and the Shi’a traditions. Yet the shape which the demonstrations have taken reveal the religious institution is falling out of favour within the public.

While women have been leading the demonstrations, large sectors of Iran’s social spectrum of joined in support: liberals, conservatives, men, and from a wide range of ethnic and nationalist backgrounds beyond the Kurdish people.

4.    Rage over the institution, not just the police:

Though police brutality has been the main target of public fury, failure by the government to contain the public’s fury has worsened the situation. Demonstrators have been chanting ‘death to the Islamic republic’ and waved Iran’s former national flag; others chanted ‘down with Khamenei’ and ‘down with Mojtaba’, Khamenei’s son, rumoured to be Iranian supreme leader’s next in line.

Amini’s death has spark wide condemnation by international leaders, especially in the West, where women’s rights issues often are given much attention. US President Joe Biden and French President Macron gave statements denouncing the killing of Amini. Notably, US Secretary of State, Antony Blinken, in a tweet asked SpaceX CEO Elon Musk “to advance internet freedom and the free flow of information" to Iranians. Musk said on Friday that he would activate the firm's satellite internet service, Starlink, in response. Messaging application, Signal, urged its global community to help people in Iran stay connected with each other and the rest of the world by volunteering proxies to bypass the aggressive restrictions imposed by the Iranian regime. US government has lifted sanctions on telecommunication companies in support of protests in Iran, and has imposed sanctions on Iran’s morality police.

Iran's exiled Prince Reza Pahlavi has called in a tweet the international community for support and to recall ambassadors from Tehran.

Protests coincide with the 2022 United Nations General Assembly, where President Raisi gave a speech which signalled that the regime is not likely to soften its stance toward the Iranian people nor toward the West.

The widespread of demonstrations across the country was met with a relentless force, using security agencies to crack down on protestors. Police services has been tracking down protestors in the streets and online.

Security forces has played a key role in cracking down on protestors. Demonstrations in response have intensified in across the country leading to clashes that saw more than 35 people killed by Friday September 23, according to international media agency such as the BBC. Persian language television station headquartered in London, Iran International, has reported cases of security agency tracking down protesters abroad.

The government has organised pro-hijab protests that went out on Friday in several cities across the country. Women wearing Chador wear seen roaming the streets carrying pictures of the grand ayatollah. While these orchestrated protests are intended to speak to a Western audience, they have faded in comparison to wide-spread popular unrests in Iran and aboard. Yet these counter-demonstrations may lead to altercations and direct clashes between protestors on both sides, fuelling the tension in the country.

3.    The role of female special forces:

Iran has deployed all-women forces to its streets for the first time in a bid to quell mass protests. Infiltrating protests, the unit, established by the FARAJA public service organisation, part of the Iranian Armed Forces, has been tasked with handling women protestors following criticism of police manhandling women. Footage released by media agencies show the all-female police unit is no less relentless than its sister security agencies.

Iran’s government cut down internet on 22 September, to quell protestors and disrupt efforts to mobilise and organise demonstrations. The widespread shut down of internet is aimed at disrupting the distribution and sharing of pictures and footage of demonstrations, and to limit international media reach. Though internet services in Iran has been shut almost entirely, it is hard to predict how effective this tactic would have on slowing down the demonstrations, especially as protestors find creative ways to communicate and connect to the internet. The Islamic Revolutionary Guard Corps (IRGC) has threatened to crack down on anyone who spreads ‘fake news and misinformation’ on the internet.

State media has tried to stir emotions and sympathy from the public by highlighting casualties in police and armed forces, calling protestors “gangs of culprits”.

Revolution in the Making?

The trajectory of ongoing events in Iran is difficult to predict, though its far reaching implications are certain. The economic sanctions have led Iran to worst levels in decades; unemployment and poverty have reached extraordinary rates unseen in the country. The Iranian regime has failed to introduce any solutions to alleviate the economic situation, aggravated by the Covid-19 pandemic and a clean water crisis, has led to boiling anger by the public. Amini’s incident only sparked what had been brewing for many years: while the Iranian people have wanted real solutions out of the economic crises, the Iranian regime has focused its attention on strict cultural and religious measures with little regards to standards of living.

By extension, the pressure mounts on Iranian women who are constantly subjected to draconian ‘morality’ laws, the latest being the decree signed by President Raisi. Women make nearly 50% of the population in Iran and are highly educated. The restrictions, therefore, coupled with poor economic conditions, have led to a major outbreak of demonstrations across the country.

Whether the ongoing demonstrations would instigate a significant change in the Iranian hinges on several factors. First, whether the apparatus of the Iranian regime can remain unified plays a large role in the effectiveness of the demonstrations. If a faction of the regime supports the protests, cracks may start to appear within the government. Second, the longevity and peacefulness of the demonstrations would play a large role in how successful it is. The escalation of violence, especially in separatist regions such as Kurdistan and Baluchestan, which might take advantage of the unrests to use the unrests against the regime itself, could weaken the legitimacy and the original goals of these protests. Finally, foreign pressure on Iran could help demonstrators achieve their aims sooner rather than later.

Even if the Iranian regime would be successful in ending the protests, one way or another, Iranian leaders must deliver real economic reforms to the enduring economic crisis lived by the majority of Iranians. Otherwise, the ongoing unrests might grow into a total revolution, reminiscent of 1979.

For now, the Iranian government is resorting to brutish crack down of protestors; the leaders have not made an effort to contain the people’s anger. Instead, the official narrative has refused to take responsibility of Amini’s death, denying any allegations of torture. The consequence of this is twofold: either the Iranian regime is certain of its ability to crush the demonstrations at any cost; or, the regime is in denial, and is overestimating its ability to deal with the unrests, in which case it would pay for the consequence of its myopia soon. 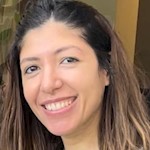