Will Afghanistan reemerge as a terrorist safe haven? 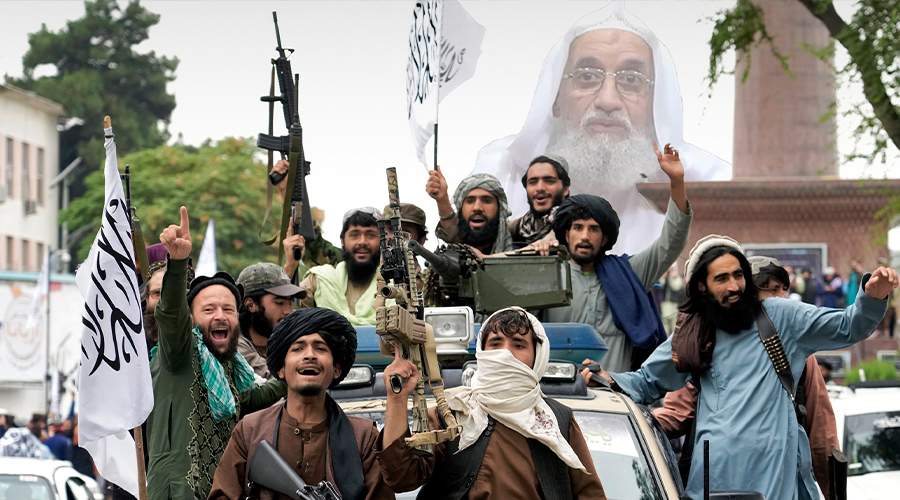 With the first anniversary of American withdrawal from Afghanistan, the Killing of Al Qaeda Chief, Ayman al-Zawahiri, on August 2022, and possible collusion between Taliban and Al Qaeda in hiding al-Zawahiri in Kabul, questions are rising about whether Afghanistan will be a safe haven for terrorism or not?

The sweeping gains made by the Taliban across Afghanistan, culminating in the inglorious US withdrawal from Kabul airport, raised the specter of Afghanistan returning to its pre-2001 state. One of the most notable features of Taliban-run Afghanistan between 1996 and 2001 – minus the areas under the Northern Alliance’s control – was its hosting of Al Qaeda. Refusing to handover Osama bin Laden after the 9/11 attacks and continuing to provide haven to him and the organization he headed, led, of course, to the American invasion and the Taliban’s fall from power – until now.

One of the critical questions facing the world is whether Afghanistan under the Taliban will reemerge as a terrorist haven. Indeed, this was one of the main points of contention between the negotiating teams of the US under the Trump administration and a resurgent Taliban in the lead up to the US and NATO withdrawal in August 2021. As the Taliban quickly gained control over much of south and east Afghanistan in early 2021, critics of any deal with the Taliban were already arguing that the group would renege on their promises and Afghanistan would again become a haven for terrorists. Policymakers in Washington, London, Moscow, Abu Dhabi and Beijing were under no illusions as to the risks of Afghanistan again become a launching pad for attacks by foreign terrorists.

Despite the warnings, what are the chances the Taliban will act in the same fashion as they did in the late 1990s? Will the Taliban, resurgent but nevertheless cognizant of the powers arrayed against them, instead attempt to act as responsible stakeholders and statesmen to consolidate their power? Answers to these questions have much to do with how cohesive the Taliban can remain as a group now that it controls most of the country. First, an analysis of the worth of promises from the Taliban is offered, followed by a primer on today’s al-Qaeda and what it may wish from the Taliban. The third section explores the changing interests of what may be a very different Taliban from the one that ruled Afghanistan nearly 20 years ago. The final section forms the conclusion.

The Worth of Promises

The Taliban publicly committed themselves to preventing terrorist attacks being launched from Afghanistan under the Doha Agreement it made with the US. Nevertheless, they refused to pledge to end relations with foreign jihadist groups and expel them from Afghanistan. Taliban sources now claim that the group have signed deals with three jihadist groups: Lashkar-e Taiba; Lashkar-e Jhangvi; and the Islamic Movement of Uzbekistan.[1] These agreements seemingly place them under greater Taliban control, restrict their freedom of movement and prohibit them from launching attacks or undertaking hostile activities against other countries. It remains to be seen, however, whether the Taliban will be able to keep a tight leash on these jihadists, especially as many hardline Taliban – particularly those aligned with the Haqqani Network, considered by the US to be the most lethal and sophisticated insurgent group in Afghanistan – share their worldview and agenda.

Indeed, it would be wrong also to think that any new Taliban regime will be able exert discipline among the patchwork of tribes, sub-tribes and other entities that make up the movement. Prominent individuals and groups within the Taliban still maintain tight relations with the foreign jihadists, especially the aforementioned Haqqani Network.[2] Of particular concern to the US and its allies is the possible future of Al Qaeda.

Former Secretary of State Mike Pompeo’s earlier claims that the Taliban had broken ties with Al Qaeda have crumbled under the weight of scrutiny. The head of the UN panel that tracks terrorist groups in Afghanistan, Edmund Fitton-Brown, made the claim in early 2021 that “there is still clearly a close relationship between Al Qaeda and the Taliban.”[3] Given that these UN reports are based in part on information shared by foreign governments’ intelligence services, it is likely that the Afghan Taliban have continued to work with Al Qaeda despite their pledge not to do so. In particular, in the years and months leading up to their takeover, and after committing to the US to break ties, the Taliban permitted the militants to conduct training in Afghanistan and deploy fighters alongside its forces. The UN certainly reached the conclusion that the top leadership of Al Qaeda is still under Taliban protection.

Uncoupling two groups that have lived and fought alongside each other for decades – and have even intermarried – will be difficult. Al Qaeda fighters and leaders have established intimate ties to their Taliban counterparts. Indeed, the two organizations have forged familial ties that assure mutual loyalty and obligation based on Pashtun cultural norms.

The Taliban-Al Qaeda relationship may not be as close and harmonious as some analysts contend. There are indications that elements of the Taliban have been complicit in the targeting of Al Qaeda leaders in recent years, including that of Asim Umar, head of Al Qaeda in the Indian Subcontinent who was killed in September 2019 in a raid after being invited to a meeting in Taliban-controlled Helmand Province.[4] That elements of the Taliban would act out their interests in such a way makes even more sense when coupled with Taliban statements about, and actions taken against another brutal Islamist terrorist group, the Islamic State Khorasan Province, or IS-K. IS-K, itself a spin-off of ISIS or Daesh in Iraq and Syria, which, in turn, was had connections to Al Qaeda, was founded in 2015 and consolidated territorial control mainly in north and northeast Afghanistan.  Its attacks on the Kabul Airport in August and its early October attack on a Shi’ite Mosque in Kunduz have made it the Taliban’s new enemy number one.  Rather than applauding such violence – the first attack ostensibly directed against the Taliban’s departing enemies, the second against members of what the Taliban have long considered a heretical strain of Islam – they instead condemned them. In Kunduz, the new Taliban government went so far as to send special forces to the scene, launch an investigation, and make promises to protect minority “brothers.”[5]

Much of the Taliban’s shift comes from being in power in 2021 versus 2001. The list of external states with interests in Afghanistan is different, for instance, with China showing signs of willingness to support a Taliban regime. This is conditional, however, on the Taliban ensuring that terrorism does not spill over into its politically volatile Xinjiang region, home to millions of ethnic Turkic, Muslim Uyghurs. India has also signaled its desire to engage with the Taliban, primarily for the purpose of maintaining influence both to the south and north of Pakistan. The apparent effort by the Taliban and the US to build a working relationship beyond the withdrawal has also highlighted the key differences between the pre-9/11 Taliban and the one in power today.

The “pragmatic” element of the Taliban, for the time being, has dominance over the pro-Jihadists in the group.  Still, the pro-jihadist is probably sanguine about prevailing in Kabul. The Haqqani Network has a powerful presence in the new cabinet, with four ministerial posts, including the minister of the interior.  Given its effective control over Kabul, the pro-Jihadists have a strong shaping effect over the new government’s agenda.[6] In addition, there are clear splits between Taliban “politicians” – the negotiators in Doha, for example – versus the “fighters.” If the latter group wins out, a likely scenario given that they have the guns, then the agreements signed with the US are likely worth no more than the paper they are printed on.

Nonetheless, the Taliban, despite differences within the group, clearly wish to remain in power. They seem to have digested the hard lessons from 2001. Jean-Pierre Filiu, a jihadism specialist at Sciences Po university in Paris, contends: "If the Taliban of 2021 are different from those of 2001, it's not because they have moderated their religious obscurantism, but because they don't want to make the same strategic error, which was their blind support for Al-Qaeda which cost them power.”[7]