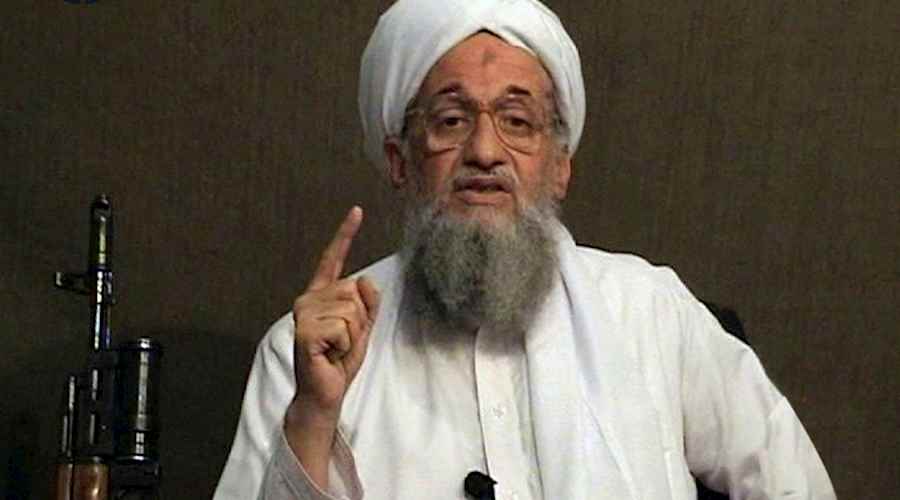 US President Joe Biden, on August 2, announced that Ayman al-Zawahiri, leader of al-Qaeda was killed the day before in a US precision drone strike in Afghanistan. This is the largest U.S. military strike against the global terror organization since its former leader Osama bin Laden was killed in May 2011. Biden commented on al-Zawahiri’s death saying “Now justice has been delivered, and this terrorist leader is no more.” On the other hand, al-Qaeda remained silent about the strike neither admitting nor denying that its leader was killed.

The significance of the killing of the al-Qaeda leader can be outlined in the following points.

Al-Zawahiri was killed by the CIA using an MQ-9 Reaper drone carrying two R9X Hellfire missiles that have six blades that rotate at high speed and deploy before impact to kill the target without any explosion. The use of R9X missiles that carry a non-explosive warhead indicates that the US wanted to avoid collateral damage to surrounding people or structures in the diplomatic neighborhood in Kabul, including the building in which al-Zawahiri lived when he was killed.

The operation required a great deal of surveillance and follow-up by US intelligence agencies to identify the safehouse to which al-Zawahiri moved. These efforts were not easy because the agents were operating in a hostile environment after the Taliban took control of Afghanistan. On July 25, Biden gave the order to carry the precision aerial strike against the al-Qaeda leader.

2-    Assertion of US pledges to combat terrorism:

The chaotic withdrawal of US troops from Afghanistan in August 2021 has damaged Washington’s image in the eyes of its allies and friends. That is because the withdrawal enabled the Taliban to return to power, while it continues to maintain strong ties with terror organizations.

Through this strike, Washington sought to reiterate that it will not let Afghanistan to become a safe haven for terrorists. It further aimed to reinforce the credibility of the pledges, that Biden made following the withdrawal from Afghanistan, that Washington will continue to maintain a capability to conduct over-the-horizon counterterrorism strikes in Afghanistan. The latest strike was in realization of this approach.

The independent Afghan news agency Aamaj reported that two of the relatives of Sirajuddin Haqqani, the Taliban's interior minister, were killed during the strike conducted against Ayman al-Zawahiri. The agency noted that the house which al-Zawahiri used was owned by a senior aide to Haqqani.

Although there has been conflicting news about the Haqqani’s family members and aids involvement, Haqqani Network has always been known for being an ally to, and a power-sharing partner of the Taliban since the US withdrawal in August 2021. However, it is unknown whether the network, which maintains strong relations with al-Qaeda, was the only host of al-Zawahiri or whether Taliban itself supported the effort to host him.

4-    Doubts about cohesion of Taliban:

US intelligence agencies are believed to have secured support from a collaborator in Afghanistan to locate his whereabouts in Kabul. The collaborator might have been a member of the armed opposition to Taliban which still has some elements operating inside Afghanistan, a member of Taliban who may have broken away from the organization and collaborated with Washington for money and help to leave the country, or even operated with approval from Taliban. If this collaboration was endorsed by the Taliban, this implies that the organization has reached a deal with Washington to oust al-Zawahiri in return for international recognition and access to assets frozen abroad. This may indicate divisions between Taliban and the Haqqani Network, but it remains an unlikely possibility because the Taliban continues to cling to its hardline approach and maintain strong ties with al-Qaeda, especially in light of unconfirmed reports that al-Qaeda leaders were returning to Afghanistan after the Taliban seized control of the country.

US officials noted that Iran has to choose between housing or expelling al-Zawahiri’s likely successor, Mohammed Salah al-Din Zaidan, known as Saif al-Adel, who is the al-Qaeda second-in-command.

Recently, the relationship between al-Qaeda and Iran largely improved because of al-Zawahiri’s approach of de-escalation against Tehran which hosts a large number of al-Qaeda senior leaders, including Saif al-Adel, Abu Mohammed al-Masri who was assassinated in Tehran in August 2020, and Abu Khayr al-Masri who moved to fight in Syria in 2012.

The killing of al-Zawahiri is likely to have consequences that can be outlined as follows:

1-    Straining relations between Taliban and Washington:

President Biden’s announcement of the operation does not include any hints as to whether there was any coordination with the Taliban about the targeting of al-Zawahiri. Without mentioning the killing of al-Qaeda leader, the Taliban's official spokesperson Zabihullah Mujahid condemned the US strike carried out on a residential house in the Sherpur area of Kabul. He said that security and intelligence agencies are investigating the attack and it is viewed as a violation of Afghanistan’s sovereignty.

The statement was condemned by US Secretary of State Antony Blinken who said the Taliban grossly violated the Doha Agreement by hosting and sheltering al-Zawahiri. Under the 2020 Doha Peace Deal, the Taliban agreed to sever its ties with extremist organizations, but it proved that it maintained this relationship by hosting al-Zawahiri in a high-end neighborhood in Kabul.

On the other hand, however, the Taliban’s choices for responding to the US are limited because, up to date, it has not admitted that al-Zawahiri was killed, and is seeking to receive international recognition and political and financial support.

This strike may help increase President Joe Biden’s popularity with the US public. Biden’s approval rating dipped to the lowest point of his presidency in May. Only 39% of US adults approve of Biden’s performance as president, according to the poll from The Associated Press-NORC Center for Public Research. Of particular concern for Biden, the Democrats may lose their Congress majority in the midterm elections scheduled for November.

The strike was carried out only a week before the first anniversary of the US withdrawal from Afghanistan, an occasion the Republicans are using to criticize the Democrat administration over its random withdrawal. That is why the strike that killed the al-Qaeda leader will help overcome the fallout from the withdrawal and allow Biden to use al-Zawahiri’s death to bolster his approval rating.

Moreover, the drone strike shows that the US successive administrations succeeded in taking full revenge on the perpetrators of the 9/11 attacks. A majority of the perpetrators were either killed, including Osama bin Laden, or are in Guantanamo, including Khalid Sheikh Mohammed. That is why Biden urged the families of victims of the 9/11 attacks to get over their grief over the biggest attack on US soil, which could be a sign that the US will turn the page on the war on terror, to focus its efforts on conflicts between major powers.

The US drone attack was carried out to kill the al-Qaeda leader, but its impact on the structure of the organization will nonetheless be limited because it was already degraded by US strikes conducted over the past two decades. Even its offshoots grew stronger as was the case with the Somali-based al-Shabab group and other groups allied with al-Qaeda in the Sahel region.

On the other hand, the leadership and organizational skills of Ayman al-Zawahiri were modest compared to the former chief of al-Qaeda, Osama bin Laden. That is because al-Zawahiri was more of a mufti for the organization than an inspiring leader. The best proof that al-Qaeda was degraded is that ISIS leader Abu Bakr al-Baghdadi and the head of al-Nusra Front Abu Mohammad al-Julani detached from the mother organization.

In conclusion, despite its limited impact on the organization and its movements, the killing of al-Zawahiri is highly symbolic to fulfill Washington’s pledge to take revenge on those who killed Americans and prove that it is capable of identifying and eliminating the sources of threats without any hesitation. Additionally, the strike can be a sign that the US may have wrapped up the era of the war on terror to open up a new era in which it focusses its efforts on conflict with the world major powers.