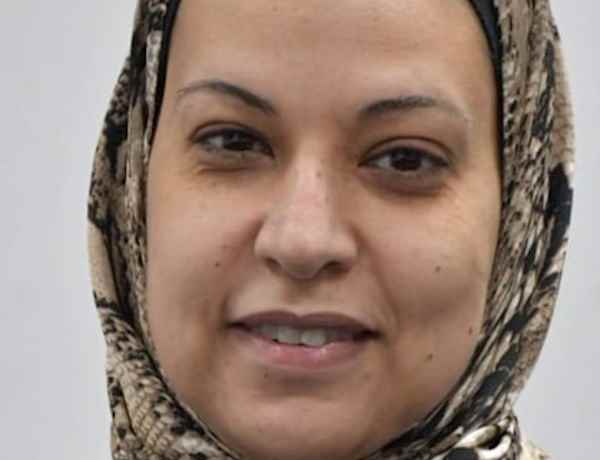 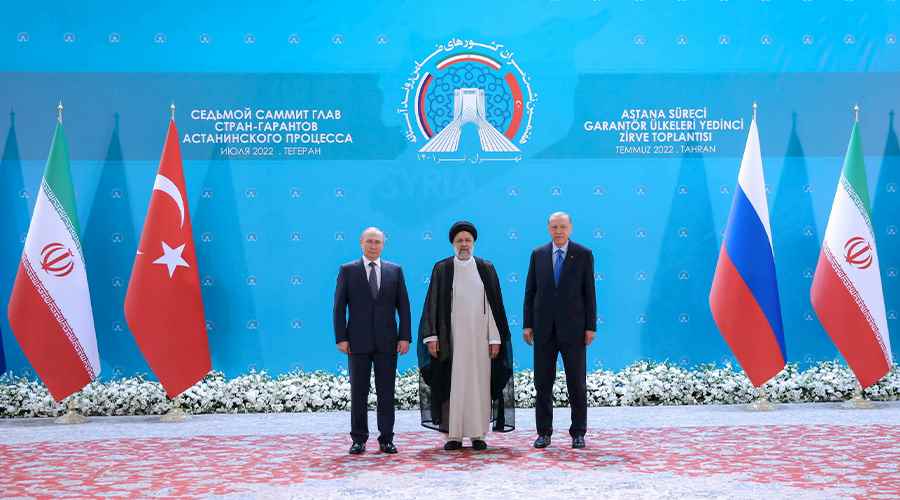 The trilateral summit of the presidents of Russia, Turkey and Iran, the three guarantor states of the Astana Process for peace in Syria, hosted by Tehran on July 19, sent across several messages to the region and beyond, especially as Tehran announced the meeting ahead of US President Joe Biden’s trip to the Middle East between July 13-16. The announcement gave an impression that the leaders of the three states Vladimir Putin, Recep Tayyib Erdogan and Ebrahim Raisi chose to hold their periodical meeting about Syria at this timing to make it sound like a reaction to the United States’ return to the region. The summit was of special importance because of its timing as well as the goals it sought to achieve.

The Significance of the Timing

The timing of the Tehran trilateral Russian-Turkish-Iranian summit about the Syrian crisis turned it from one in a series of periodical meetings that started in late 2016 into a summit with high political impetus. That is because the meeting was held amid exceptional circumstances the world, and the three involved states in particular, are passing through as well as because it came on the heels of significant developments across the Middle East. These can be outlined as follows:

On this trip, the US President Joe Biden visited Israel, the West Bank and Saudi Arabia. He signed the Jerusalem Declaration, a document reiterating Washington’s commitment never to allow Iran to advance its nuclear program toward acquiring a nuclear weapon. Moreover, Biden took part in the Jeddah Security and Development Summit which brought together the six member-states of the Gulf Cooperation Council, Egypt, Iraq and Jordan. Although there was a lot of talk ahead of the summit that the United States’ would call on regional states to form a new alliance to counter Iran, several Arab states denied that there is such a plan against Tehran.

2.     Negative implications of the War in Ukraine:

The global crisis in food and energy supplies stands out among the consequences of the war between Russia and Ukraine. The crisis, which hit Europe in particular and was exacerbated by an unprecedented heat wave, is likely to continue into winter and could mean the continent will run short of fuel supplies in freezing temperatures. Further exacerbating the crisis are rising prices of essentials and worsening inflation hitting many countries.

For some, the decline has to do with military power, Moscow’s unwillingness to drain its capabilities and weaponry at this stage of the war with Ukraine, as well as the significant impact of the western economic sanctions imposed over the war. The culmination of the tough sanctions was evidenced by Moscow’s defaulting on its foreign-currency sovereign debt, in late June, for the first time in a century.

The development was perhaps what prompted talk about cooperation between Russia and Iran, as Moscow wants to preserve its military capability by acquiring armed drones from Iran for use in its war in Ukraine, according to intelligence released by the White House  three weeks ago. Additionally, Moscow is believed to be cooperating with Tehran to benefit from Iran’s long experience in escaping international sanctions. It should be noted that Tehran previously offered to help Moscow in selling Russian oil in international markets using Iran’s clandestine banking and finance system it had created to bypass western sanctions.

4.     Turkey’s plans to launch a military operation in Northern Syria:

Ankara is threatening to wage a military offensive against Kurdish militants on the border with Syria, a move opposed by both Iran and Russia. Moreover, Ankara is planning to repatriate Syrian refugees to Syria after they became a burden on the economy. The plan is to send the refugees into a 30 KM-deep pocket stretching into the towns of Manbij and Tal Rifaat near Aleppo. The plan is being opposed by the mainly-Kudish Syrian Democratic Forces group which says the operation aims to change the demography of the region through settling Arab refugees in these areas.

Goals of the Summit

Although its name suggests that its agenda is limited to the talks about developments of the Syrian crisis, as the three involved states are the guarantors states of the Astana Process for peace in Syria, the trilateral Russian-Turkish-Iranian summit was held in Tehran at this time to achieve the following goals.

1.     Coordinating between the three states on the Syrian Crisis:

The Tehran summit meeting witnessed talks about the security and stability in Syria, the return of refugees as well as talks with Turkey about its planned military offensive in Northern Syria, opposed by both Iran and Russia. The final communique of the summit reflected its outcome. The three states condemned Israel’s attacks on Syrian territory, expressed rejection of foreign presence in Syria, and in particular US troops in Northern Syria, reiterated the need for continued partnership in combating all forms of terrorism and the increasing activities of terrorist groups in Syria, reiterated the need for concerted efforts on achieving security and stability in northern Syria, rejected illegal foreign control of Syrian oil revenue, and stressed the need for facilitating safe return of refugees and internally-displaced persons to their homes inside Syria.

2.     Proving that Iran and Russia are not internationally isolated:

The Tehran summit offered a good opportunity for both Iran and Russia to try to show that they are not suffering from international, and more specifically, Western isolation, and that despite mounting pressures, they are capable of engaging in efforts to resolve regional and international issues, and the Syrian crisis in particular.

By playing host to the summit, Iran wanted to prove that international isolation imposed by the United States and allied states that respond to US pressures are now meaningless, as it was able to host a summit that was attended by Putin, on his second foreign trip after the war in Ukraine broke out, and to discuss the future of Syria and to try to rationalize Turkey’s approach to the security situation in Syria.

3.     Promoting cooperation between the three States:

The Tehran summit witnessed several bilateral meetings between the leaders of the three involved states that culminated in reaching understandings about various issues and the signing of agreements in several spheres.

The National Iranian Oil Company (NIOC) and Russia's energy company Gazprom inked a Memorandum of Understanding (MoU) worth about US$40 billion. Gazprom will help NIOC in the development of the Kish and North Pars gas fields and six oil fields. The Russian company will also be involved in the completion of liquefied natural gas (LNG) projects and construction of gas export pipelines at Iranian gas fields.

The two countries signed 8 agreements to promote long-term cooperation in the areas of social security and sports development, support for small economic enterprises, radio and television cooperation and cooperation between the Organization for Investment Economic and Technical Assistance of Iran and the Turkish Presidential department. The two states also launched talks about an extension of an agreement on exporting Iranian natural gas to Turkey over the next 25 years, and agreed to speed up efforts to increase their annual trade to US$30 billion by adopting policies to promote cooperation.

Regarding trilateral ties, a new stage of economic, trade and financial cooperation is likely to be ushered in between the three states in the coming period. In particular, they are planning an overland transport road connecting Turkey and Russia via Iran. Moreover, Turkey is a meeting point for Russian and Iranian gas exports to Europe. It should be noted that Turkey played an important role in resolving the grain caused by the war between Russia and Ukraine. Ankara brokered a deal between Moscow and Kyiv to allow Ukraine to resume exports of grain through the Black Sea. This role was discussed at length by the presidents of Turkey and Russia during meetings held in Tehran to resolve the issue, which may show that Moscow did not use food as a weapon in its war.

A main topic of the summit meeting in Tehran was the United States’ military presence in Syria. The summit’s communique rejected this presence as well as US plans to control oil-rich areas in northern Syria. Given the nature of Russia’s and Iran’s relations with the United States, Moscow and Tehran gave a great deal of attention to the outcome of Biden’s trip to the region. This was evidenced by the two countries’ coordination and cooperation in areas such as technology and energy as well as rationalization of the use of the US dollar in buying and selling energy, grain, food and technology, the same sectors and topics that were on the agenda of the Jeddah Security and Development Summit.

In conclusion, it can be said that Putin’s participation in the Tehran summit at this time, and Russia’s coordination and cooperation with Iran in economic and military fields, perhaps indicate that Putin is not planning to put an end to the war in Ukraine soon, and that he is determined to continue to challenge American and European pressures and sanctions imposed during this war. This means that polarization between the United States and Russia will continue in the Middle East, which perhaps benefits Iran first and foremost as it finds itself as Moscow’s’ first choice in this region.