How is the War in Ukraine impacting the conflicts in Middle East? 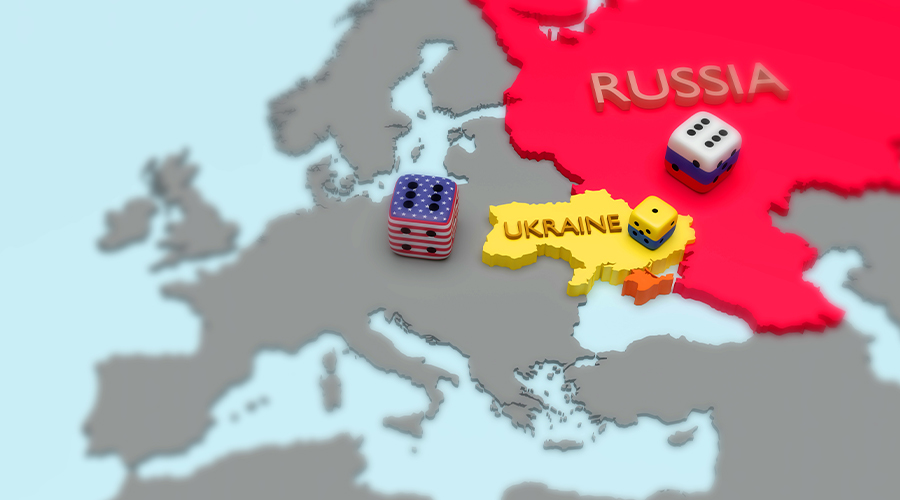 The Russia-Ukraine war is producing multiple impacts that go beyond the directly involved parties to reach other regions of the world. For several reasons, the Middle East is one of the regions most impacted by the ongoing war. Most importantly, the volatile and fragile security, political and economic situation dominating several Middle Eastern countries, combined with the already complicated ties between the region and external actors, makes the whole region more susceptible to regional and global changes. Within this context, this analysis seeks to address the potential impact of the Ukraine war on peace and conflicts in the Middle East.

It should be noted that any attempt to predict the impact of the Russia-Ukraine war on peace and conflicts in the Middle East should consider the following group of factors, which represent the foundations for this analysis.

1.    Limits to Russia’s Influence in the Middle East in general, and in regional conflict-hit countries in particular is the most important of these basics. That is, Russia seeks to impose itself on the global order as a major power challenging the dominance of the United States and its allies, and sees the Middle East as a suitable arena for its demonstration of force and muscle flexing. This Russian approach was further bolstered by Moscow’s belief that the withdrawal of the former Soviet Union under the then-president Mikhail Gorbachev from the Middle East during was the prelude of the fall of the Soviet Union as a superpower.

Moreover, the connection between Russia’s return to the Middle East and the series of developments unfolded since 2014 in the Black Sea, and more specifically in the wake of Russia’s annexation of the Crimea  after holding a status referendum for the peninsula in March of the same year. Russia sought to forge good relations with Middle East countries to attract investments into its territory, break its regional isolation and counter the international sanctions imposed on Moscow following the annexation. Between the 2014 crisis and the current conflict over Ukraine, Moscow continues to work on achieving its goals in the Middle East, which means no immediate Russian withdrawal from the region is likely.

2.    The second foundation has to do with the limits of Regional and international actors and the extent to which their roles are crucial in conflicts. It can be said that their withdrawal, or at least the turning of their attention and interest to the Russia-Ukraine conflict, would naturally impact the course of these conflicts. Therefore, in recent years, the United States’ active role declined in the Middle East leaving the arena for other actors. The European Union is already playing only a limited role in this region, except in Libya because of the country's geopolitical importance and proximity to the continent, and also for the bloc’s role in delivering humanitarian aid to conflict-hit countries. That is why, the international preoccupation with the ongoing war in Ukraine is unlikely to develop into a crucial factor that would impact the course of conflicts in the Middle East.

On the other hand, roles being played by regional countries remain the most influential in these conflicts. Evident examples include the roles of Turkey and Iran in Syria, and the roles of Saudi Arabia and Iran in Yemen. If Russia’s successful bid to forge relations with a majority of these regional countries can be added to the tally, these relations can be seen as a potential determinant factor in the course of peace and conflict in this region.

3.   A third foundation is the extent of convergence and divergence between regional and international powers with influence on the Middle East. A convergence of wills of these powers would potentially bolster the ability to resolve regional conflicts, while their divergence would perpetuate these conflicts and make it harder to find settlements. In this regard, we should note the tripartite understandings between Russia, Turkey and Iran over Syria, as well as Russia’s role in reviving the talks over Iran’s nuclear deal. In other words, predicting the course of peace and conflicts in the region will hinge on the ability of influential regional and international parties to maintain their understandings and agreements, while the willingness of Russia and other foreign powers to play spoiler and have a harmful role will naturally undermine whatever gains were made, however tiny, in some crisis zones.

At the United Nations Security Council, already seen as an arena for political disagreement and bickering between its five permanent members, the Russia-Ukraine war added new dimensions to their positions on ongoing conflicts in the Middle East. That is, these conflicts became an opportunity for rival members to barter using positions to make gains, or to place pressures on involved parties. This became evident in the Council’s dynamics during sessions on Libya, Syria and other countries over the past three months.

Regarding the conflict in Libya, the United States and its European allies backed a draft resolution submitted by the United Kingdom extending the mandate of the UN Support Mission in Libya (UNSMIL) for another year, while Russia opposed the draft resolution and instead consistently advocated a three-month extension with a reporting cycle of 30 days to enable the council to receive periodical updates on the situation in Libya. The council, in April, did adopt Resolution 2629 (2022) extending, until 31 July, the mandate of UNSMIL as an integrated special political mission, as set out in resolution 2542 of September 15, 2020. The extension reflects Moscow’s bid to place pressure on other members to initiate reforms of the mission, where it will be led by a Special Representative of the Secretary-General replacing UN Special Advisor and former American diplomat Stephanie Williams. While the United States and European allies supported Williams, Russia demanded a new head agreed by Libya parties and regional stakeholders to lead the mission.

Disagreements about Syria were not less sharp, and even their connection to the Russia-Ukraine war became more visible. The UK and Albania accused Russia of spreading misleading information about the use of chemical weapons in Ukraine. The United States believes that the war in Ukraine makes Russia a not trustworthy partner when talking about chemical weapons. On the other hand, Moscow says that the Organization for the Prohibition of Chemical Weapons is of dubious credibility and that its work is politicized and biased.

Additionally, Russia and China disagreed with the other UN Security Council permanent members about their position on delivering humanitarian aid through neighboring countries to areas controlled by the opposition, while Moscow backs the Syrian regime’s endeavors to restrict the flow of aid and even succeeded in confining it to only one checkpoint. Consequently, Russia will take a tougher stand on Middle East conflicts in which it intervened in order to ratchet up pressure on the United States and European allies. This can obstruct efforts to make progress on political tracks towards settling these conflicts, especially in Libya, that represent a worrying threat to European countries.

At the military level, regional consequences of the war in Ukraine became visible in multiple areas, but will be most evident in Syria for several reasons. Among the reasons is that Russian-trained Syrian fighters have reportedly signed up to fight alongside Russian troops in Ukraine. While some reports say that the Syrian regime and the Russian military have recruited fighters to back Moscow in this war, other reports by Russian news agencies claimed that Turkey is transporting Syrian fighters to areas controlled by the opposition and targeted by Russian airstrikes to fight alongside the Ukrainian troops.

If these reports prove to be true, redeployment of Syrian fighters loyal to the regime of Bashar Assad would compromise security in areas controlled by the Syrian regime troops, which represent a threat to ISIS. Furthermore, the capabilities of Russian troops and Syrian troops backed by Moscow could be impacted by shortage of ammunition and spare parts after Turkey closed off the Bosphorus and Dardanelles straits to Russian warships.

Additionally, there are concerns over the effective ceasefire in the north-western Syrian governorate of Idlib, reached in March 2020. The durability of this ceasefire hinges first and foremost on the relationship between Russia and Turkey. That is, there are concerns that Ankara is sending drones to Ukraine and has already closed off the two strategic straits. The concern is that Turkey’s position and actions could prompt Russia to launch operations against Turkey’s presence in northern Syria.

Moreover, unconfirmed reports say that Russian private security firm Wanger has pulled some units and Syrian fighters loyal to Moscow from Libya and sent them to Russia. But in light of Russia’s strategic goals in Libya, Moscow may continue to use Wagner mercenaries to place more pressure on Europe through the southern Mediterranean.

In conclusion, the Russia-Ukraine war has added further complications to the already complicated situation in the Middle East conflicts. The full extent of this impact, however, is yet to unfold depending on the outcome of the ongoing military standoff between Moscow and Kyiv, and on whether it will bring about any core changes to the existing regional and international orders.