Why is it unlikely that Dbeibah's government will remain in office? 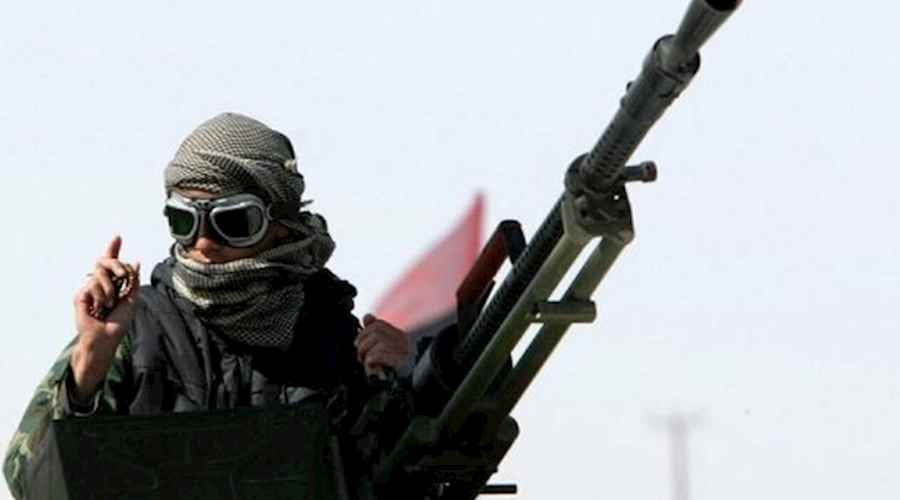 Over the past days, the Libyan security crisis has been worsened by escalating tensions between militias in Tripoli, the capital. Many were killed and others injured in confrontations in clashes using medium and heavy weapons. These developments occurred as Fathi Bashagha's government moved to Zaiwya in western Libya. This, in turn, took place as head of the dismissed Government of National Unity (GNU) Abdelhamid Dbeibah refused to hand over power and took steps to strengthen alliances with radical Islamists.

The recent developments in Libya indicate that Dbeibah lost much of the support that he had formerly enjoyed, as per the following considerations:

As several Libyan militias have mobilized their fighters, it is highly likely that they will start to fight one another soon, especially after the recent armed confrontations between the militias of the Stability Support Apparatus (backed by the Presidential Council) on one hand, and the Nawasi militias (backed by Dbeibah's Interior Ministry) on the other. Eight people were killed and several people were injured in these confrontations, which took place in Sarim Street in Tripoli on April 4.

These clashes are part of the current conflict between the militias of western Libya concerning zones of influence and resources. However, some analysts associated them with the conflict between the militias supporting Dbeibah and those supporting Bashagha. The tension is still raging in the Libyan capital. Some reports said that militias of the Stabilization Support Apparatus, the Nawasi militias, the 444 Brigade and the 28th Infantry Battalion have lately mobilized several fighters.

Recently, Dbeibah has sought to strengthen his relations with the leaders of the armed militias in Tripoli, especially the leader of militias of the Stability Support Apparatus, Abdulghani Kikli (aka Ghneiwa). In an attempt to secure Kikli's support, Dbeibah designated him to head one of the Interior Ministry's most important bodies. Though Kikli played an important role in stopping the advance of Bashagha's government on Tripoli in early March, he did not totally rule out the possibility of reaching an understanding with Bashagha's government, especially as Dbeibah's government no longer has access to the oil revenues, which constitutes a serious threat to Debeibeh.

In a similar vein, Bashagha is holding talks with several militias in Tripoli, including the Nawasi militias led by Mustafa Ghaddur, with the aim of persuading them to stop supporting Dbeibah, so as to pave the way for his government's arrival in Tripoli.

An economic embargo has been imposed on Dbeibah's government, as the Libyan National Oil Corporation has decided to stop transferring oil revenues to it. According to several analysts, the decision has to do with the American endeavor to put pressure on Dbeibah to hand over the power. As a result of this decision, salaries of the militias of western Libya were delayed, which aroused the fighters' resentment. Therefore, they may consider switching allegiance.

The Muslim Brotherhood (MB) is not as supportive of Debeibeh as it used to be. For instance, head of the Democratic Party Mohammed Safwan, who is also a leader of the Muslim Brotherhood in Libya, announced that the recent clashes in Tripoli strongly indicate that Dbeibah's government is incapable of achieving security and keeping the situation in Libya under control. Safwan also said that public funds must never be used to win the support of the militias and secure the government so that it can remain in office.

On the contrary, several members of the High Council of State (which is an advisory body) issued a joint statement declaring their support for Dbeibah's government and their conviction that it must continue to carry out its official duties in Tripoli. Though the writers of the statement chose not to sign their names, the statement bears testimony to the deep divisions in the Council which is dominated by the Libyan Muslim Brotherhood. It also indicates that Dbeibah's government will soon lose power. This explains why some of the members of the Muslim Brotherhood decided to try to adopt a pragmatic approach in order to be ready for likely changes in the near future.

Despite his obvious fall from grace, Dbeibah did not lose all hope. He is seeking alternative support, inside and outside Libya, so that he can maintain his position as prime minister. Following is a discussion of the steps that he took in order to achieve this goal:

Dbeibah attempted to seek the support of Sadiq al-Ghariani, Libya's former Grand Mufti who had been removed from office, as he attended the celebrations of Ramadan in Tripoli. Ghariani took that opportunity to stress that all Libyan political players must support Dbeibah's government to prevent Bashagha's government from taking over.

Besides, Ghariani attacked the UN mission and several neighbouring countries, accusing them of attempting to impose a military government on Libya. He also requested that all militias and armed groups in Libya should support Dbeibah's government. Furthermore, he said that the National Oil Corporation and the Central Bank of Libya must not take any measures to harm the dismissed GNU.

In return, Dbeibah decided to forget past disagreements with Ghariani, praising the former Grand Mufti. Common interests may lead Dbeibah and Ghariani to strike an alliance of necessity, as the former is seeking to use the latter's influence over terrorist groups in Libya to tip the balance in his own favor.

Through projecting an image of himself as a supporter of an Islamic view of governance in Libya, Dbeibah is trying to win favor with Libyan radical Islamists so as to secure their support and reinforce his position.

As far as the situation in Libya is concerned, most regional and international players (including Egypt and Turkey) are supportive of Bashagha's government. As a result, Dbeibah decided to search for players, who would help him out of the current stalemate. In this respect, Dbeibah's Foreign Minister Najla Mangoush visited Algeria on April 8, where she met President Abdelmadjid Tebboune. Following the meeting, Mangoush announced that Tebboune stressed that he will continue to support the GNU.

One of the factors which may weaken Dbeibah's position is the American stance. There are clear indications that the USA is currently supportive of Bashagha's government. Following is a discussion of these indications:

1. Armed confrontation is no longer a strong possibility:

The Bashagha-Dbeibah conflict may develop into a conflict between the militias supporting each of them. However, the US’ growing involvement in Libya, as well as the West's concern over the potential consequences of reviving armed confrontations in Tripoli, may make further escalation a remote possibility. This scenario is highly likely, especially as members of Bashagha's government have repeatedly stressed that the handover of power in Tripoli will be peaceful.

2. The UN Mission is seeking to dissociate itself from Dbeibah:

It is noteworthy that Dbeibah's decision to strike an alliance with Ghariani will put an end to any understanding between Dbeibah and the UN Mission. This means that the steps Dbeibah is taking may accelerate his exit from the current Libyan scene, especially as Special Adviser of UN Secretary General on Libya Stephanie Williams implied that she had recently received a response from the speaker of the Libyan House of Representatives Aguila Saleh regarding the UN initiative. The initiative provides that a committee, comprising 24 members of the House of Representatives and the High Council of State, be formed. Williams also stressed that the existing understanding between the House of Representatives and the High Council of State should be capitalized on, thus implying that she supports their coming to an understanding, one of the most important results of which is agreeing on Bashagha's government.

3. Washington expressed an interest in resolving the crisis:

Washington's Ambassador to Libya Richard Norland announced an American initiative known as the ten-year strategy, with the aim of resolving the crisis and putting an end to the current conflict.

The Head of the Government of National Stability, Fathi Bashagha, expressed support for the US initiative, whereas Dbeibah's government preferred to remain silent. This indicates that the US is exercising pressure so as to force Dbeibah to hand over power. However, so far Dbeibah has stood his ground.

Media reports said that Bashagha, several members of his government, and several MPs arrived in Zawiya in western Libya (which is only 50 kilometers away from Tripoli) on April 7, a step which may mean that Dbeibah's government is about to leave the Libyan political scene, especially as this is the first time Bashagha has reached western Libya since his government won a vote of confidence.

In addition, Bashagha's Interior Minister, Essam Abu Zariba, stressed that the new Libyan government is preparing to enter Tripoli peacefully. It is worth mentioning that Zawiya, in western Libya, is Abu Zariba's home city.

In conclusion, the recent confrontations in Tripoli, the mobilization of the militias, and the strong likelihood that the US will support Bashagha, may all be taken as indications that Dbeibah will not remain in office, despite his endeavors to secure the support of extremist groups in Libya and Algeria. This means that armed confrontations in Tripoli between pro-Dbeibah militias and pro-Bashagha militias are more than likely to take place.