Prospects for a detente between the Ethiopian Government and Tigray Rebels 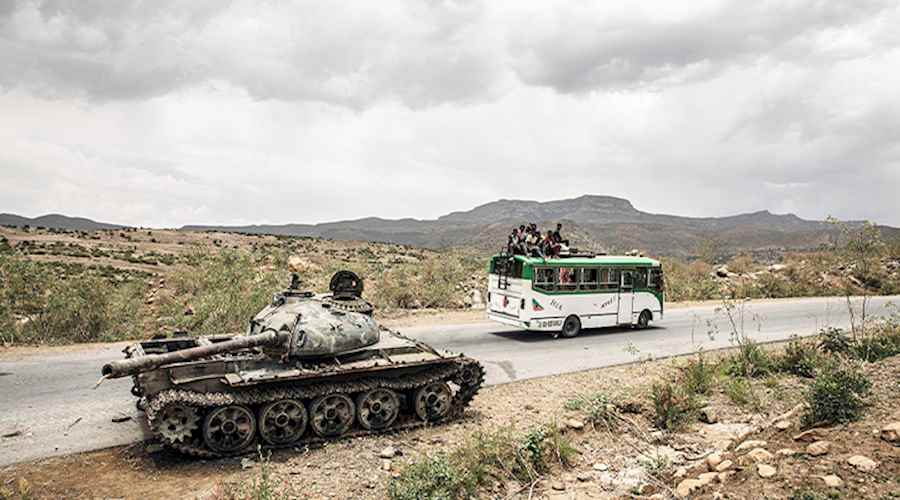 Ethiopia’s federal government and the Tigray People's Liberation Front (TPLF) reached a humanitarian truce on March 25, the first such agreement to put a ceasefire in place since the conflict broke out in November 2020. This was not the first time that a truce was declared in the country. In June 2021, Prime Minister Abiy Ahmed declared for the first time a unilateral truce, but the rebels wanted the government forces to withdraw from their territory before they would announce their acceptance of the truce.

The mounting international pressures seemed to have forced the two sides to respect the latest truce to facilitate the flow of humanitarian aid to millions of people suffering from a famine in the Tigray Region besieged by government forces. In return, Ahmed would give up his quest for restoring the Tigray Region.

The declaration of the humanitarian truce received a warm welcome from international and regional organizations including the European Union and the African Union, as well as states such as the United States, Turkey, UK.

Motives of the humanitarian truce

The two parties to the conflict acquiesced to the humanitarian truce for different reasons that include external and internal motives that can be outlined as follows:

Ethiopia recently came under intense diplomatic pressures that took shape during a recent visit made by the US Special Envoy for the Horn of Africa David Satterfield to Ethiopia. Additionally, the US Administration discussed a draft law allowing sanctions that can restrict aid offered by international financial institutions and US development agencies to Ethiopia.

This was not the first time that the US Administration exerted such pressures. In the past, the United States suspended Ethiopia from the African Growth and Opportunity Act in an attempt to end the conflict. Ethiopia’s allies too continued to demand political solutions to the Ethiopian crisis.

Because Ethiopia is facing economic hardships triggered by the crisis in the Tigray Region, acquiescence to a humanitarian truce was inevitable. Credit ratings agency Fitch, in later January 2022, affirmed Ethiopia's Long-Term Foreign-Currency Issuer Default Rating (IDR) at ‘CCC’. It said the rating reflects the risk of a default event, and forecast the country’s foreign currency reserves to fall, amid a growing need for foreign funds.

The situation is further exacerbated by worsening humanitarian conditions with 30% of the population in dire need of food aid. Though the war’s actual toll is impossible to know, researchers from Belgium’s Ghent University estimate as many as half a million people have died so far: between 50,000 and 100,000 from the fighting, 150,000 to 200,000 from starvation and more than 100,000 from the lack of medical attention, according to the Washington Post.

Due to the catastrophic humanitarian situation in Tigray, the Tigray People's Liberation Front (TPLF) had to show flexibility and agree to resume negotiations with the government. The risk of famine can trigger a “revolution of the hungry” against the local government led by the TPLF. More than 700 trucks of supplies per week are needed in the Tigray Region, where humanitarian convoys are reportedly unable to gain access into the region. The population in the Afar Region refused to grant access to trucks of supplies heading from Semera to Mekelle, the administrative capital of the Tigray Region, after the TPLF refused to withdraw from the Afar Region. Additionally, the World Food Program confirmed that the flow of food aid to the Tigray Region was halted in December 2021. The United Nations Office for the Coordination of Humanitarian Affairs says that three quarters of the population in Tigray are using extreme coping strategies to survive the crisis.

The chief of the World Health Organization, on March 17, accused the Ethiopian government of withholding medical supplies from the population in Tigray. The government denied the accusation and emphasized that since January flights have been delivering humanitarian assistance and medical supplies, food and medicine to the Tigray Region.

Food insecurity is expected to further worsen in the coming months because food supplies from the past season, accounting for half of the total production, are being depleted, and because humanitarian aid cannot be delivered to those in need.

The Ethiopian parliament, back in December last year, approved the creation of a national dialogue committee, as an independent institution. Following remarks by Prime Minister Abiy Ahmed in January 2022 that it is important to reinforce national unity, a group of politicians, including Tigrayan leaders, were released from prison.

Moreover, the parliament formed the national dialogue committee consisting of 11 members. The new body was asked to present proposals to put an end to escalating tensions between ethnic and political groups. In March, the ruling Prosperity Party announced that maintaining peace and security is among its priorities. Despite that, some cast doubts over the national dialogue initiative on claims that it is neither all-inclusive nor independent after it excluded some of the most influential armed groups such as the Oromo Liberation Front.

Obstacles to the truce

Sustainability of the humanitarian truce is facing a number of challenges that can be outlined as follows:

The Prime Minister came under mounting pressure from hardline politicians, who want to eliminate the TPLF. The Amharans allied with Ahmed are involved in conflicts with the TPLF in the west of the Tigray Region. That is why granting access to humanitarian aid convoys implies approval of the TPLF in power and consequently inability to force the rebel group to make concessions.

Moreover, large swathes of territory in Afar are not under the control of the local government of the region. As a result, the population suffering hunger are blocking roads to hinder the flow of humanitarian aid or take over the trucks.  Additionally, opponents to the TPLF are not likely to grant access to humanitarian aid convoys to pass through their territory to the Tigray Region.

Leaders of the TPLF accused Eritrean mercenaries of fueling the worsening internal situation. Eritrea is accused of attacking humanitarian aid convoys heading to Tigray, as they pass through Afar, to ruin any attempts to bring about de-escalation between the government and the TPLF.

The reason is that Eritrea opposes the TPLF’s attempt to restore legitimacy or participate in the peace process because the group’s fighters were fighting on the front lines during the war with Ethiopia that lasted for decades (1974 to 1991).

3- Preoccupation with the War in Ukraine:

Russian invasion of Ukraine distracted the international community’s attention to other conflicts in other regions, including in Mozambique and the Horn of Africa. This means that fighting could flare up once again, while the world is busy addressing the crisis in Ukraine and fails to put enough pressure on the warring parties.

Over the past weeks, some 32 buses carrying soldiers were seen in Kobo, a city in Amhara. While it is believed that these reinforcements are being used to facilitate the creation of a humanitarian corridor to deliver aid to millions of people, their deployment can endanger the truce and spark the fighting again.

In conclusion, there is cautious optimism about the humanitarian truce now in place between the federal government and the TPLF. However, the political scene is dominated by concerns over renewed fighting although both parties to the conflict are aware that it is hard to make a complete military victory. On the other hand, this truce represents only a step in the course of long-term negotiations that will show how capable involved parties are to make concessions to reach a final peace agreement.