Why militias’ use of soft power has increased in the Middle East? 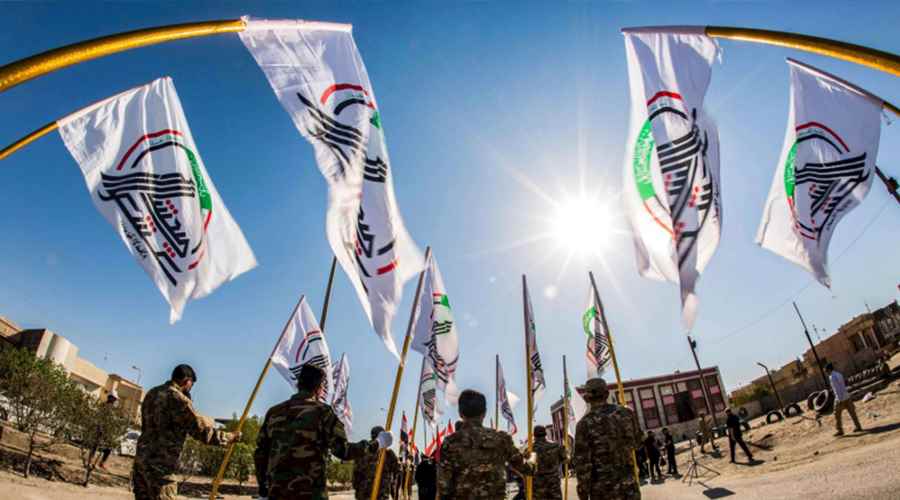 Soft power is defined as the ability of actors to influence the behavior or choices of others to gain desirable results through the use of what is termed as “attractive assets”.

Unlike hard power, which refers to “coercion” and “use of force” to achieve the desirable results, soft power produces results through influence and convincing away from threatening or even incentives. While the notion of soft power has evolved in states, the major entities containing different dimensions of power, we are currently witnessing the use of soft power by non-state actors, including armed militias operating in conflict zones and the Middle East in particular.

The use of soft power tools by militias is a major issue, because of the very nature of these militias and the circumstances that led to their creation. These groups evolved in conflict zones as a result of the fall of some states that fail to play its main role of providing the security of their peoples. While carrying out combat and other military operations is their major role in conflict zones, these militias took up new cultural, social and service roles. Questions were raised about this shift, the gains these militias make by playing these roles as well as the risks of using soft power in their relations with the state, on the one hand, and with their popular support base, on the other.

It should be noted that although it gained momentum recently, the use of soft power by militias is not something new. Iraqi militias, for example, viewed themselves in the beginning as social and cultural movements that also have military arms functioning independently of the state. After the collapse of the Iraqi state following the 2003 US invasion, the Sadrist Movement filled the void left behind by the state institutions and transformed from a religious, cultural and social network to a full-fledged military force that became to be known as the Mahdi Army and later as the Peace Companies.

The religious and cultural role of these formations existed before their military and security roles. The new forms of their cultural roles were manifested by their creation of media arms overlooking various cultural activities including theatrical performances, art exhibitions and movies.

For example, the organizational structure of the Popular Mobilization Forces in Iraq includes a media department that organized art and sport festivals and other events to memorialize the role of the Popular Mobilization Forces in combating ISIS, making a step towards establishing the militia as a symbol in Iraqi society. To achieve this, a branch of the militia in Basra City organized a play entitled “Resurrection of the Land” to showcase what it claims to be achievements over the past years. The Iranian director of the play, Saeed Esmaeli, said it was part of a “cold war.”

Militias use providing aid to supporters as a soft power tool. In this context, two different sources of aid are used by militias, with the first being their own resources. Reports referred to the militias’ economic power which they mainly draw from sponsor powers. The second source is the international aid taken over by the militias through their control of the beneficiaries and channeling aid to the families of their members and supporters. A study conducted by the Syrian Association for Citizen's Dignity (SACD) in November 2021 revealed the militias’ active role in distributing aid. The study concluded that up to 50 percent of humanitarian aid offered by international organizations, especially to areas controlled by the Syrian regime, end up in the hands of members of the regime’s military forces and allied militias that in turn distribute aid to the families of members of local militia groups. Militias’ control of aid is one of their “attractive assets.”

Providing services is another form of soft power used by militias. This role was encouraged by a decline in services in conflict-hit areas. A dwindling influence of states and failure of their institutions to provide services to their people represented an opportunity for militias to fill shortages. Like the Popular Mobilization Forces’ media arm, the militia’s branch of military engineering repaired roads damaged by rain and launched a campaign to revamp essential public services in Iraqi cities in early 2022.

Competing militias used their most notable attractive assets to recruit more members. In southern Syria, for example, Iranian militias, the Syrian regime military forces and private Russian security firms are engaged in heated competition to use soft power tools to recruit the youth. Among these tools is the promise to provide protection from crackdown by the regime, especially for those who defected from the regime’s armed forces, in return for joining these militias. They also provide economic incentives, including help to remove orders to confiscate property, which was imposed by the Syrian regime in southern and eastern border areas. In both cases, the involved militias acted as intermediaries between the Syrian regime and potential recruits, using their special ties with the regime.

The most notable causes of militias’ increasing use of soft power in conflict zones are as follows:

1-    The quest for legitimacy and popular support:

The quest for popular support and established legitimacy represents a main driver for militias’ use of soft power. These become highly important in their attempts to address a remarkable decline in their popularity. In the beginning, the Popular Mobilization Forces, for example, was a widely popular group among Iraqis, and the Shia in particular who are in favor of paramilitary formations. In 2015, 99 percent of the Shia polled by a study, supported the use of the Popular Mobilization Forces to fight ISIS. Some 75 percent of men aged between 18-30 voluntarily joined the militia before 2016. But the militia lost this level of support in recent years. The significant decline can be explained by several factors. Most importantly, violations perpetrated by the Popular Mobilization Forces, a widespread culture of impunity as well as the ties these militias maintain with regional and international powers. Overall, these undermined their popularity in host communities. Additionally, divisions within society over acceptance of roles carried out by these militias is quite visible in the case of Iraq. While a segment of the Iraqi society back and glorify the militia group in an exaggerated way, and even call  it “a holy mobilization force that should not be criticized”, others hold the militia responsible for Iraq’s problems because it is not accountable to the state and is above the law, and view it as embodiment of Iranian and Shia endeavors to pursue the policy of “superiority and dominance”.

Not only in Iraq did militias lose popular support. In Syria too, popular support for Iranian-backed militias in the south and east declined because of their inability to change the harsh reality for the population suffering from lack of essential services after the infrastructure was destroyed.

Entering political life is among the reasons why militias are using soft power tools. That is because this development requires them to gain political support.  A good example is the rise of the Popular Mobilization Forces in Iraq as a political entity following the parliamentary and local elections of 2018. In their quest, these militias seek to distance themselves from their militant role by emphasizing their other roles, according to a study conducted by Brookings Doha Center. The study notes that Iraqi militias emphasize their identity as socio-cultural or socio-political movements and reject being called militias. Despite a history of violence, the Asaib ahl al-Haq seeks to reinforce its image as a socio-cultural movement that is actively involved in state building, using cultural tools to reinforce its ideological attractiveness among the Shia population.

To conclude, the roles of armed militias in conflict zones, and the Middle East in particular, has undergone significant evolution. Most notably, these militias became involved in social, cultural, religious and political roles, taking advantage of the void left by the fall of states. Similar roles are likely to be taken up by these militias even after conflicts in involved states are over.