Efforts to form the Iraqi Government after excluding Hoshyar Zebari 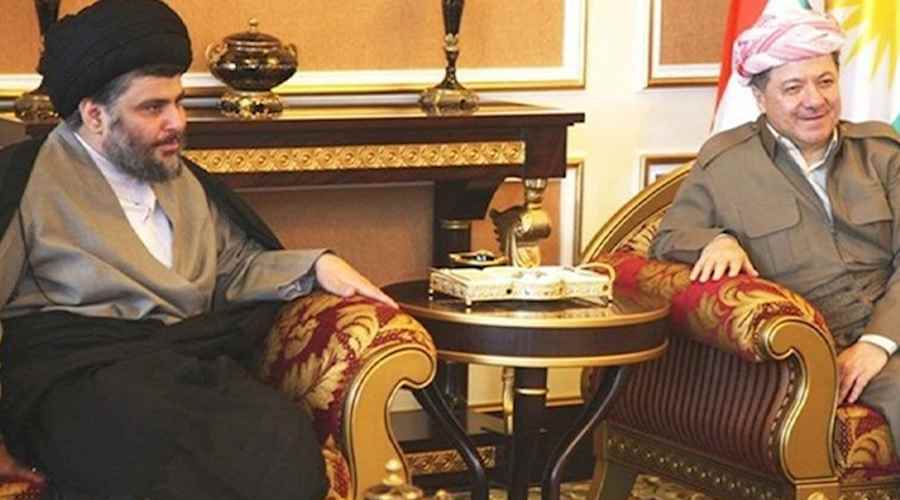 As the two major Shi’ite parties in Iraq continue to refuse to decide on one presidential candidate, Iraq's Coordination Framework announced an initiative to contain the crisis, hampering the formation of the Iraqi government on February 10. It is noteworthy that the Iraqi Federal Supreme Court barred Hoshyar Zebari, from representing the Kurdistan Democratic Party (KDP) in the Iraqi presidential elections on February 13, on account of corruption allegations. Nevertheless, the two major Shi’ite parties in Iraq still insist on not reaching consensus on who should run for presidency.

Attempts of forming the government:

The political scene in Iraq has witnessed two key developments pertaining to the endeavors to form a new cabinet. These developments can be clarified as follows:

In an attempt to push al-Sadr to accept it as part of the next Iraqi government, Iraq's Coordination Framework (CF) proposed an initiative as a way out of the current crisis. The initiative aims to reach political consensus through forming a consensual government comprising all the winning forces. The initiative also entails that CF and al-Sadr work together to decide which bloc should be the majority in the upcoming parliament. In other words, CF still regards the Iraqi Shi’ite forces as a homogeneous, unified entity, seeking to form an alliance with al-Sadr so that Shi’ite forces should dominate the parliament. CF leaders also believe that the designation of the new prime minister should be based on criteria decided by them and al-Sadr. This shows that they insist on excluding the current Prime Minister, Mustafa al-Kadhimi.

It is noticeable that this time, the initiative ignored several issues, which have previously caused disagreement between CF leaders on one hand and Sadr on the other. For instance, al-Sadr and CF disagree over the necessity for handing over weapons and bringing corrupt officials (i.e. Nuri al-Maliki) before court. A closer look at the initiative shows that CF not make any real concessions to al-Sadr. As a matter of fact, CF leaders still insist on most of their demands. The fact that CF avoided raising certain issues does not mean that it will make concessions regarding these issues. This is particularly true for the problem of the militias' weapons.

2. The exclusion of Hoshyar Zebari:

On February 13, the Iraqi Federal Supreme Court barred former Foreign Minister Hoshyar Zebari from running for president in any current or future presidential elections, due to allegations of corruption and diversion of public funds. The court also decided that the current Iraqi President, Barham Salih, will continue in his post till a new president is elected.

The Federal Supreme Court stressed that the verdict is the decision of the majority, and is final and bending to all authorities, based on articles 68, 93 (Third) and 94 of the Iraqi constitution of 2005. It is noteworthy that the FSC reached its verdict amid the sharp disagreements between the two major Iraqi parties (i.e. the Kurdistan Democratic Party and the Patriotic Union of Kurdistan) over the identity of the presidential candidate who is supposed to represent both parties.

3. The obstinacy of al-Sadr and Barzani:

It is noticeable that the two aforementioned developments have provoked reactions which reflect al-Sadr's insistence on proceeding with his efforts to form the majority government, as well as Barzani's insistence that the next Iraqi president must be a member of Kurdistan Democratic Party, which is Barzani's party. Following is a detailed discussion of both leaders' reactions:

1. KDP has nominated a new candidate:

On February 14, the Kurdistan Democratic Party (KDP), led by Masoud Barzani, nominated Reber Ahmed Barzani (the Kurdistan Regional Government's Interior Minister) to be its presidential candidate, following the exclusion of Hoshyar Zibari. This bears witness to the fact that KDP insists on competing with the Patriotic Union of Kurdistan (PUK) for presidency, which, according to an unofficial agreement between Iraq's two major political parties, has always belonged to a PUK member (and, in return, the presidency of Iraq's Kurdistan Region has always belonged to a KDP member). KDP demanded that the agreement be modified so that the party which has the right to Iraq's presidency should be the party that wins the majority of Kurds' votes (i.e., KDP).

Though al-Sadr did not openly express an opinion concerning the aforementioned CF initiative, it is obvious that he will not accept it, especially after he refused, on February 8, to respond to the mediation of Quds Force Commander Esmail Ghaani. The Iranian commander had put the same proposition to al-Sadr for consideration, but the latter rejected it, especially as far as forming a consensual government and accepting Nuri al-Maliki are concerned.

It is noticeable that al-Sadr offered the Fatah Alliance, rather than CF, the portfolios of four ministries, so that the Alliance should choose their ministers, thus stubbornly insisting on excluding Nuri al-Maliki from participating in the upcoming cabinet.

The implications of the aforementioned developments:

In the light of the aforementioned developments, the following reflections can be enlisted:

1. The odds are heavily against PUK's achieving its goals:

KDP insists on presenting its own presidential candidate. Similarly, Bafel Talabani, son of the late Iraqi President Jalal Talabani and PUK's actual president, met several CF leaders in Baghdad in an attempt to secure their support for his own presidential candidate. However, Talabani Jr.'s endeavors were not successful. CF demanded that Talabani and Barzani agree on a compromise candidate. This shows that CF is no longer as politically influential as it used to be. It is noteworthy that the sum total of the seats which CF and PUK won does not qualify them to reaching the blocking third (which requires, at least, 110 seats).

Al-Sadr seems determined to form the majority government he has been calling for. In this respect, al-Sadr met Prime Minister Mustafa al-Kadhimi at the former's residence in Al-Hanana, Najaf. Besides, al-Sadr commented on the meeting by posting a tweet that reads as follows:  'Neither Eastern nor Western; A nationalist majority government is what we want'. This indicates that al-Sadr still insists on nominating Mustafa al-Kadhimi for the post of Iraq's prime minister, especially after certain sources revealed that the parties of the tripartite agreement have decided on al-Kadhimi. Thus, it is clear that al-Sadr has turned a deaf ear to CF's demands, as they demanded excluding al-Khadimi.

3. Violence is an unlikely option:

In February 2022, Maysan (a pro-al-Sadr governorate in southern Iraq) witnessed armed confrontations between Sadrists and the Asaib Ahl al-Haq militia. The latter is part of the Fatah Alliance which is, in turn, part of the CF.

It is noteworthy that the Asaib Ahl al-Haq Movement was previously part of the Sadrist Movement. However, in 2006 and with support from Iran, its current leader Qais al-Khazali defected from the Sadrist Movement to form his own Tehran-backed militia. Therefore, these recent confrontations are politically charged, especially as they occurred after the new cabinet negotiations have stalled.

As Maysan saw many assassinations of Sadrists by the Asaib Ahl al-Haq, and vice versa, the two parties agreed to quell the tension in the governorate. They also agreed to support the judiciary and the police force in their endeavors to enforce the law and curb crime. This shows that Iran-backed forces no longer deem violence to be a viable option, at least for the time being.

In conclusion, all the aforementioned developments show that the Iran-affiliated CF has failed to push al-Sadr to retreat from forming a majority government. Though the problem of choosing a new president for Iraq has hindered the formation of the new Iraqi government and gave the CF an opportunity to push al-Sadr to consider accepting CF's initiative, the situation has changed and the scales have been tipped against CF as it failed to win sufficient seats in the latest elections. In addition, resorting to violence does not seem to be a highly likely option, at least in the short run. This dramatically limits CF's options, which, consequently, means that al-Sadr will form a majority government by making an alliance with the Sovereignty Alliance and KDP in case the problem of choosing a new president is solved. Finally, it is noteworthy that Sadr desires to settle this matter 'within the Kurdish house', that is, through consultation and coordination with the PUK.