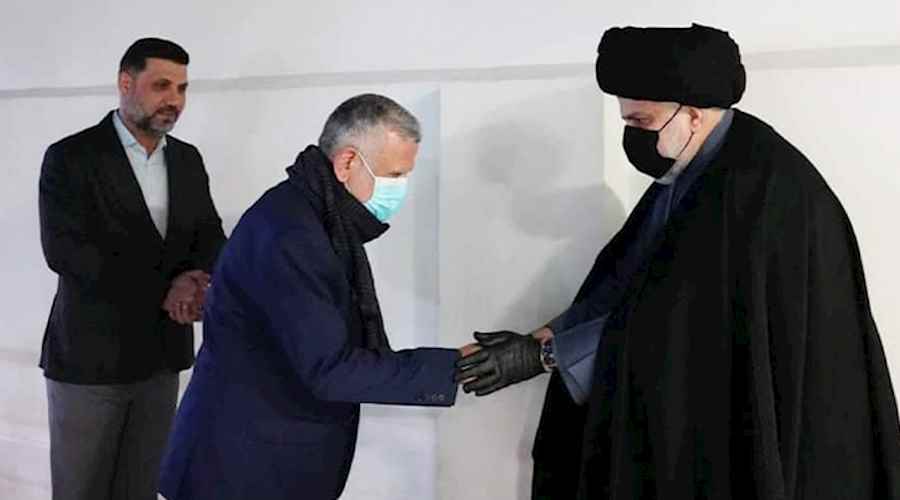 Muqtada al-Sadr, leader of the Sadrist Movement, held a meeting with Hadi Al-Amiri, leader of the Fatah Alliance, and Esmail Qaani, Commander of the Quds Force, on January 15 and 16 respectively, to discuss arrangements for forming the next Iraqi government, which coincided with the attacks levelled against the headquarters of the Iraqi political parties affiliated with Al-Sadr on January 14 and 17, 2021. These attacks are suspected to have been made by pro-Iran PMU factions, which indicates that these attacks came within the framework of exerting pressure on Al-Sadr.

The Iraqi arena has witnessed several developments that are directly related to the endeavors of forming the next Iraqi government, which can be portrayed as follows:

1.     Targeting parties of the tripartite agreement:

Notably, the common factor among the three parties is that they were each a party to the “tripartite agreement”, which gave the Prime Minister's position to the Sadrist Movement and the Presidency of Parliament to the Progress Party, while the Presidency of the Republic would go to the KDP candidate. This indicates that the pro-Iran PMU factions are involved in these attacks, since this agreement has undermined the position of Tehran's allies within the Iraqi political equation, a development that had not be witnessed since the US occupation of Iraq in 2003.

On January 15, Balad Air Base in Salaheddine Governorate was attacked by drones which the base's air defenses managed to thwart. This was preceded by the launching of three rockets onto the Green Zone where the US Embassy is located in Baghdad. However, these rockets were intercepted by the C-RAM system in charge of protecting the U.S. Embassy.

On January 17, 2022, the house of Hamid Al-Yasiri, Commander of Ansar al-Marjaiya group, in Muthanna governorate in Southern Iraq, was attacked by unknown gunmen, with no deaths resulting from this attack.

Several political meetings have been held recently between Al-Amiri, on the one hand, and Muqtada al-Sadr and Barzani on the other hand, in the endeavor to pressure Al-Sadr to retreat from the national majority government, which can be explained as follows:

1.     The failure of the meeting between al-Sadr and al-Amiri:

The second and third points are concerned with the PMU weapons remaining untouched, and that the Coordination Framework retains the right to veto any security decision regarding the powers of the Commander-in-Chief. Notably, the last two points seek to curtail any movement by Al-Sadr to carry out his commitments to seize the weapons of unmanned militias affiliated with Iran. In light of these intransigent demands, Al- Sadr rejected the demands, expressing his determination to establish a majority government, including some Coordination Framework components, and excluding the State of Law Coalition led by Nouri Al-Maliki.

On January 17, al-Amiri headed to Erbil, where he met with its senior officials as well as Masoud Barzani, Leader of the KDP. Al-Amiri's meeting with Barzani may be an indication of the former’s attempt to persuade the latter to pressure al-Sadr to accept the accession of the State of Law Coalition to the Sadr Alliance.

3.     A temporary suspension of the work of the Presidium of the Parliament:

On January 13, the Federal Supreme Court issued a decision to suspend the work of the Presidium of the Parliament, which had been elected on January 9, until the two lawsuits pertaining to the first session of the Parliament, which were raised by the Coordination Framework, are resolved. These lawsuits claimed that the session witnessed the election of the Presidium amid constitutional violations as well as breaches of the internal system of the Iraqi Parliament.

The court's decision allows Iran and its allies within the Coordination Framework more time to pose pressure on Al-Sadr. However, the decision is not expected to contribute to changing current political equations, particularly with Al-Sadr and his Sunni and Kurdish allies asserting that they possess a political majority.

Qaani's visit to Najaf and Baghdad:

On January 16, Esmail Qaani, Commander of the Quds Force in the Iranian Revolutionary Guard, visited Najaf and Baghdad for the third time since the Iraqi elections. This visit aimed to achieve the following objectives:

1.     Mediating between Al-Sadr and the Coordination Framework:

Qaani first visited Najaf to meet al- Sadr on January 16. While some sources confirmed al-Sadr's refusal to meet Qaani, other sources asserted that the meeting took place, and that al-Sadr refused to join forces with al-Maliki, which led to the failure of Qaani's attempts to unite Shiite forces. In response to al-Sadr's stance, on January 17, a series of attacks targeting party headquarters in Iraq took place for the second time.

Qaani met with al-Amiri as a representative of the Coordination Framework, in addition to leaders of some PMU factions, specifically the Hezbollah Brigades, Al-Nujaba Movement and Asa'ib Ahl al-Haq, which are militias accused of involvement in recent attacks against Iraqi bases and the US presence in Iraq.

He was accompanied at these meetings by Mohammed Kawtharani, Leader of Lebanese Hezbollah. Kawtharani is one of the close members to Qasem Soleimani, Former Head of the Quds Force. He enjoys great influence within PMU, and is one of the founders of Iraqi Hezbollah Brigades. He is also considered to be a link between Iran and its affiliated organizations in Syria and Iraq.

At this meeting, Qaani stressed Iran's rejection of internal Shiite hostilities taking place as well as the need to continue dialogue between them and Muqtada Al-Sadr, in an attempt to pressure Asa'ib Ahl al-Haq and Iraqi Hezbollah Brigades, allied with Al-Maliki, to control the military escalations.

These militias, as well as Iran, are concerned about Al-Sadr's insistence on implementing his plans, which he had already declared as “no place for militias”, referring to his intention to keep arms in the hands of the Iraqi State.

The overall developments in the Iraqi arena indicate that Iranian endeavors as well as the Popular Mobilization militias continue to pressure Al-Sadr to form a consensual government. In light of Al- Sadr's insistence on his position, Iran and its militias may be left with two options: either to resort to violence or to abandon Al-Maliki, in addition to some Coordination Framework components joining Al-Sadr majority to form the government, which implies a decline in Iranian influence over Baghdad.