Domination or a Deal? 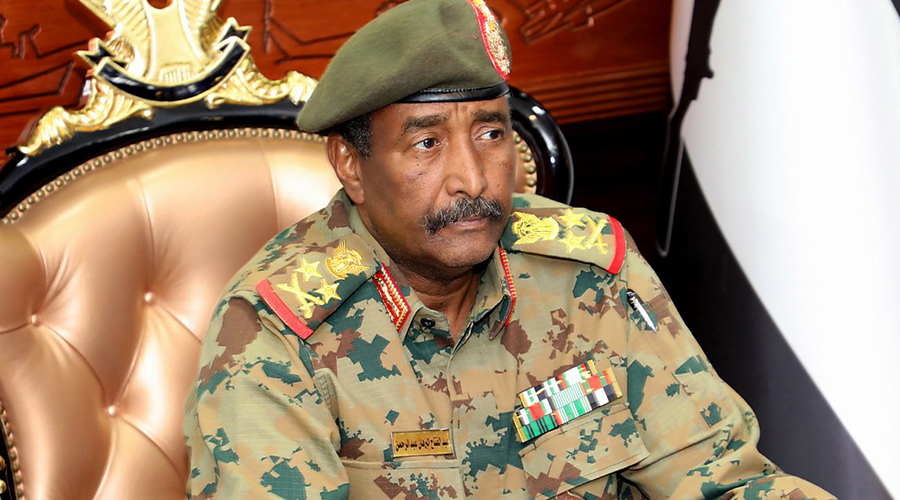 It seems that the scenario of the army's intervention in politics has become very common and recurrent in the African scene. People wake up one day to find that the head of the executive power has been arrested by the army and that the constitution has been suspended, and a state of emergency has been declared nation-wide. Earlier and during the post-colonial decades when this phenomenon was rampant, military leaders in Africa usually gave the very same reasons for overthrowing governments: corruption, mismanagement, poverty, and protecting the country from chaos. General Abdel Fattah Al-Burhan, who led what he described as the ‘Corrective Movement' in Sudan on October 25, 2021, echoed these justifications, stating that "the current period was based on a balanced compromise between the military and civilian partners. However, the compromise turned into a conflict, and our country is now going through a grave danger, as well as divisions that portend imminent instability which threatens the security of our homeland, as well as the unity and safety of our people". Thus, according to him, due to the responsibility of the armed forces, perhaps this is what necessitated the protection of the security and safety of the state and pushing for the realization of the new Sudan.

The military's intervention in Sudan may jeopardize the faltering political transition by instigating unrest and impeding Khartoum's efforts to achieve economic recovery and debt relief. At the onset of these events, the security forces detained the Sudanese Prime Minister, Abdalla Hamdok - who was later released - as well as some political actors as part of the army's takeover of the transitional government in Sudan. In a televised public speech, the Army Chief, General Abdel Fattah Al-Burhan, declared a state of emergency and the dissolution of the joint civilian and military government established in 2019 following the overthrow of the ousted President, Omar al-Bashir. Al-Burhan stated that some political forces' quarrels and their fight for power, as well as the incitement to chaos and violence, forced him to intervene in the interest of the Sudanese people. He also pledged to appoint a technocratic government to lead Sudan to democratic elections in July 2023, a much shorter time frame than the 39-month commitment made by the constitutional act.

Evidently, the message that the Sudanese army wants to convey to the public is that the exceptional measures that have been taken do not represent a coup, but rather a correction of Sudan's transition towards democracy. The focus has been on replacing some of the civilian politicians, who are putting the country in jeopardy and inciting dissent within the military. Prime Minister Hamdok was asked to make a statement in support of the army's actions. Apparently, he refused, which led to his detention for some time in Al-Burhan’s residence. However, Al-Burhan's decisions to suspend the work of some provisions of the constitutional act relieve him from partnering with the forces of Freedom and Change alliance (FFC), which have become a major obstacle to a political consensus during the transitional period.

Al-Burhan’s exceptional measures come less than a month before the date of transferring the presidency of the Transitional Sovereignty Council to civilians in November 17, 2021. Accordingly, Al-Burhan will become the head of the state and the commander-in-chief of the armed forces. He will have the right to appoint the prime minister and form an alternative transitional council away from the rivalries of the FFC. Perhaps all of this raises questions about the future for Sudan's partners and the process of building a new Sudan.

Reasons for the Army Intervention

The strict balance governing the civil-military rule, which is leading the political transition process in Sudan, has reached a stage that cannot be ignored. The ‘split’ transitional governance structure was clearly collapsing, at a time when army generals in particular feared losing their grip on power, which would push the country down a path of chaos. A number of factors contributing in one way or another to the decision of the Sudanese army to intervene may be pointed out here, most notably the following:

The intervention of the Sudanese army comes after months of escalating tensions between the military and civilian components of the transitional government institutions. Tensions erupted between Hamdok and Al-Burhan after a faction of the army, affiliated with the ousted President Al-Bashir, unsuccessfully attempted to seize control of the transitional government in September 2021. The two leaders accused each other of failing to implement policies necessary for holding democratic elections and a smooth transition to full civilian rule.

Hamdok, in particular, accused military leaders of failing to purge the military ranks of Bashir loyalists, implement comprehensive security reforms, and enhance civilian oversight of the military's commercial projects. Meanwhile, Al-Burhan accused the civilian leaders of failure to provide basic goods and services to the Sudanese people, as the rise in fuel and food prices, coupled with the shortage of strategic commodities such as wheat and medicine, led to a further deterioration in the political and security conditions recently. Meanwhile, General Mohamed Hamdan Dagalo, Deputy Chairman of the Sovereign Council and Commander of the Rapid Support Forces (RSF), strongly criticized civilian leaders in Sudan, and accused them of focusing on maneuvering for positions of power rather than governing. However, these civilian officials have previously leveled the same criticism against General Dagalo himself.

During the days following the failed coup attempt in Sudan in September 2021, hundreds of people demonstrated in the Sudanese states of Gezira, North Kordofan, and Gedaref to condemn the coup attempt. In response to army leaders' statements that the continuation of military rule is necessary for protection against future coup attempts, protesters set fire to an armored vehicle in Khartoum on 23 September. The Sudanese Professionals Association (SPA) also called for public protests demanding that the transitional government establish the institutions promised by the leaders of the revolution. On the other hand, a faction allied with the army in the FFC, which includes armed groups that rebelled against Al-Bashir’s rule, organized demonstrations in support of the army and which demanded the overthrow of Hamdok’s government. Perhaps this is consistent with the demands of all the Beja tribes in Eastern Sudan, whose main demand is the formation of a new government of national competencies under the auspices of the army.

3-   Poor management by the transitional government:

The transitional government in Sudan certainly faced major challenges that could not be dealt with through innovative solutions. The financial reforms led to further economic hardships and increased inflation, and the continued blockade imposed by the Beja tribes in Eastern Sudan on the key ports of the East caused a shortage of basic commodities. Despite signing a peace agreement last year with rebel groups across the country, the death toll from political violence has risen over the past 12 months. Additionally, there were failures within the transitional government regarding reaching an agreement on the legislation, and a dissident group from the FFC broke away to side with the military bloc. This dissident group includes two former rebel factions and a political party that could be used to replace Hamdok's government.

There are a number of potential risks and challenges that Sudan may face during the coming period, which can be portrayed as follows:

1-   Risks of violence and political turmoil:

The Sudanese army's seizure of power may lead to a period of violent unrest in the country, which would threaten the transition to civilian rule, and would thus impact financial aid. International donors, including the US, have repeatedly warned that the financial support on which Sudan depends is contingent on a peaceful transition to civilian rule. Accordingly, military leaders risk exacerbating the humanitarian crisis in Sudan, if the international community withdraws financial aid. The US actually announced a freezing of $700 million for Khartoum. Although General Al-Burhan has repeatedly declared his commitment to a civilian-led government, the dominant mood within some army elites and the exceptional measures taken by the armed forces to maintain control over the transitional phase indicate that military leaders are not ready to relinquish power in the near future.

2-   The risks of an international scramble:

Sudan is a pivotal country linking three worlds: Arab, African and Islamic. After the outbreak of the so-called "Arab Spring revolutions", the region turned into a fertile arena for international competition. The map of regional and international alliances was reconstructed, and the roles of major regional powers such as Turkey, Egypt and the Arab Gulf states emerged. Ankara has sought to expand its role in Sudan, and Egypt and the Arab Gulf states are looking for cooperative strategic partnerships with Sudan, which may help achieve stability in this country. Given Russian endeavors to establish a base on the Red Sea in Sudan, the US attaches particular attention to the issue of supporting Sudan politically, economically, and at the security level. This was evident from the visits of the US Special Envoy for the Horn of Africa, Jeffrey Feltman, to Khartoum more than once, and his meeting with Al-Burhan and the Sudanese army generals on the eve of the latter's intervention and seizure of power.

Two visions for the near future of Sudan may be tackled here:

The first vision is that the army would be able to form a new technocratic civilian government to oversee the transitional process, in which case a bureaucratic-military alliance may be established. This means that the army would choose allies from among civilians who accept the concept of military control, even after the elections are held. However, given Sudan's political history, it is almost certain that pro-democracy coalitions will fiercely resist military rule through continued demonstrations, sit-ins and strikes. At this point, it is not clear whether the appointment of a new civilian government and a quick timetable would be sufficient to appease Sudanese pro-democracy groups. Depending on the extent of the military's willingness to impose its iron fist, continued opposition to a military takeover could mean a phase of violent demonstrations, reminiscent of the 2018 and 2019 protests against the Bashir regime.

This leads to the possibility of adopting the second vision, where the Sudanese army is forced to accept a negotiated settlement to end the unrest, as was the case in 2019. However, the formation of a new civilian-military transitional coalition is likely to face the same issues of fractiousness which inflicted the old coalition. Accordingly, the promises of the July 2023 elections and the shift towards civilian rule become futile.

Perhaps it is worth noting that every political transition in Sudan ultimately leads to the intervention of the military and its seizure of power. Meanwhile, the acceleration of events since the fall of the Bashir regime in 2019, the occurrence of agreements first with the FFC and then with some armed factions through the Juba Agreement, and finally Al-Burhan's corrective measures - as he described them, all put us before a complex political transition stage that Sudan is going through. 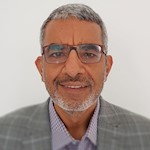