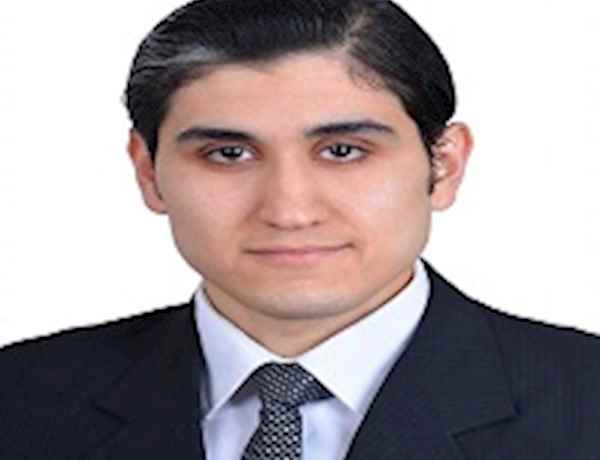 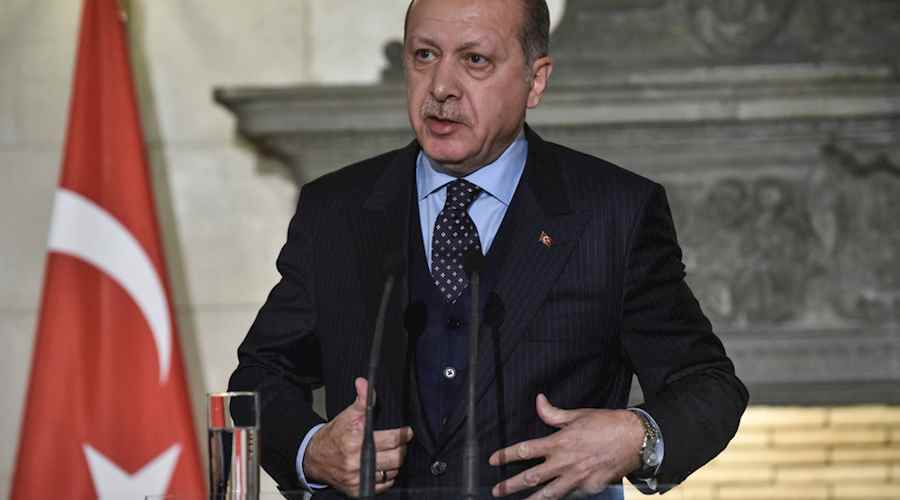 The Turkish foreign policy has witnessed changes since the Justice and Development Party (AKP) came to power in 2002. Turkey initially adopted a ‘zero problems with neighbors’ policy and resorted to solving regional issues through diplomatic mechanisms, leading to improving its relations with the countries of the region. However, following the outbreak of the Arab uprisings end of 2010 and the collapse of several major Arab regimes, resulting in a leadership gap within the region, Ankara sought to foster its influence in the region. This was clear in abandoning the ‘zero problems’ policy, engaging in the region's military conflicts and providing support to the Muslim Brotherhood to enable its rule in some Arab countries.

These policies have led to tensions in Turkey's relations with many countries in the region, such as Egypt and Syria, as well as interrupted relations with countries that were considered its allies, such as the US and the EU, leaving Turkey with ‘zero allies’. Turkish officials defend their country's policies by launching the term ‘precious loneliness’, clarifying that Turkey's foreign policy is based on a set of values and principles that achieve its national interests, and that sometimes one may have to stand up alone to defend the values that one believes in.

Nevertheless, since late 2020, Turkey's foreign policy has made a shift towards appeasement and the pursuit of improving relations with many countries in the region, with the EU and the US. Perhaps one of the most significant official statements indicating the desire to resolve issues is Erdogan's call in November 2020 to open diplomatic channels and reconciliation with all countries in the region for a quick resolution of conflicts. He also mentioned that they have no implicit or explicit prejudices, enmities or hidden agendas against anyone, and that they sincerely and cordially call on everyone to work together to set a new stage in the framework of stability, safety, justice and respect.

This change has raised questions about Ankara's real motive, whether it aims to improve its foreign relations or it simply seeks to compensate for the losses incurred by its regional policies, relieve the pressures imposed on it and to penetrate the fronts that counter its role in the region.

Turkey has taken a number of measures to reform its relations with countries of the region, some European powers and the US, which are as follows:

1-    Improving relations with Saudi Arabia and the UAE:

In November 2020, Erdogan made a phone call to Saudi King Salman, during which they agreed to keep channels of communication open to improve bilateral relations and to settle problems. In January 2021, Lebanese sources indicated that the unannounced visit of Prime Minister-designate Saad Al- Hariri to Turkey, aimed at mediating between Turkey on the one hand and the UAE and Saudi Arabia on the other hand. During this visit, Al-Hariri met with President Erdogan and discussed regional issues with him. On March 12, 2021, Turkish Foreign Minister Çavuşolu stated that Ankara has no reason not to mend ties with Saudi Arabia and UAE, adding that if Saudi Arabia takes positive steps, they will do so as well, and same goes for UAE.

Turkish President’s spokesman, Ibrahim Kalin, said in an interview with Bloomberg on March 6, 2021 that a new page can be turned in their relationship with Egypt. On March 12, 2021, the Turkish Foreign Minister announced that “We have had contacts both at the level of intelligence and foreign ministries with Egypt. Diplomatic-level contacts have started"[1]. Subsequently, on March 19, Ankara took an initial step towards reducing tensions with Cairo, as the Turkish authorities asked the Egyptian channels of the Muslim Brotherhood broadcast from Istanbul to tone down their rhetoric in line with the journalist and media honor charter. These channels are known for their direct severe insults to the Egyptian state, as they seek to stir up domestic public opinion in Egypt against the political leadership.

After a period of tensions in Turkish-EU relations due to disputes in the Eastern Mediterranean, Libya and the conflict in the Azerbaijani Karabakh region, in January 2021 and during a televised meeting with EU ambassadors in Ankara, Erdogan expressed his country's readiness to improve its relations with the EU. He stressed upon that Ankara wants to save relations with France.  In the context of holding talks with EU leaders to settle differences, on March 19, 2021, Erdogan discussed with the President of the European Commission and the President of the European Council a number of regional issues in dispute, mainly the Eastern Mediterranean as well as Cyprus and Libya.

Turkey has also resumed talks with Greece to discuss disputes over the Aegean Sea and the Eastern Mediterranean, by holding the 61st round of talks in January 2021, after it was stopped in March 2016. On March 17, 2021, the Turkish Foreign Minister announced that he would receive his Greek counterpart in Turkey on April 14. After a period of mutual escalation between Turkey and France, the two presidents held video talks on March 2, 2021 to discuss bilateral relations and regional issues. Erdogan expressed his gladness to hold talks with Macron again after a long period of disconnection, stressing that as two strong NATO allies, they can make significant contributions to security, stability and peace in the world.

3-    Addressing issues of disputes with Washington:

Primarily, the focus was on the US support for Kurdish fighters in Northern Syria and Ankara's purchase of the S-400 defense system from Russia. In February 2021, Erdogan said that Turkey believes that its common interests with the US outweigh their differences in opinion, stressing that they want to strengthen cooperation with the new US administration  through a long-term perspective on a win-win basis. To resolve the S-400 issue, Turkish Defense Minister, Hulusi Akar, suggested negotiating with Washington regarding a similar model to the S-300 missiles located on the island of Crete, saying that Ankara is not obliged to use the S-400 all the time, which implies not using these missiles practically.

Turkey's tendency towards de-escalation in its foreign policies is due to a set of factors, the most significant of which are:

1-    The distress of the Turkish economy:

The economic conditions in Turkey have deteriorated over the past few years, and this was exacerbated by the COVID-19 pandemic. The inflation rate continues to rise, reaching 15.6% in February 2021, while the Turkish lira tumbled to 7.8 versus the US dollar on March 22, 2021. According to the TURKSTAT, the gross domestic product recorded a 1.8% growth in 2020, while the unemployment rate reached 13.2%.

The deterioration of Ankara's relations with the countries of the region exacerbated the distress of the Turkish economy, as the volume of trade exchange between Turkey and these countries shrunk from 63.8 billion dollars in 2012 to 51.6 billion dollars in 2020, according to TURKSTAT. The popular Campaign to boycott Turkish products was launched in Saudi Arabia in September 2020, in response to Ankara's hostility to the Kingdom. This led to a record drop in Saudi imports of Turkish products from 1.06 billion Saudi riyals in December 2019 to 50.6 million riyals in December 2020, according to the Saudi General Authority for Statistics.

The deterioration of the Turkish economy has led to a decline in Ankara's ability to finance its involvement in the conflicts in Syria, Libya and the Karabakh region, in addition to the decline in the popularity of the AKP internally and the growing opposition to the government’s foreign policy which has cost the country severely. Several Turkish businessmen held the Turkish government responsible for their inability to export their products to the Saudi market.

Additionally, France, Greece, the UAE, Egypt and Saudi Arabia are coordinating together to counter Ankara's hostile policies in the region. In Libya, France, the UAE, and Egypt support the Libyan National Army to combat terrorism and confront the extremist militias supported by Turkey in the Libyan West. They also stand against Turkish military intervention and sending mercenaries to fight the Libyan army. France provides military support to Greece in countering Turkish escalation. In January 2021, both countries signed a contract worth € 2.5 billion euros to buy 18 ‘Rafale’ fighter jets from France, as well as ICBM and anti-ship missiles. On March 17, 2021, the ‘Eye of the Falcon’ drill maneuvers began between the Saudi Air Force and its Greek counterpart, in the Mediterranean sky, starting from the Greek ‘Souda’ base. Turkey expressed its dissatisfaction with these maneuvers, and its defense minister asserted that they should know that that there is no military value for this against Turkey and its armed forces.

Since the end of the term of former President Trump, the US began adopting a set of policies aiming to curb Turkey's policies in the region. In September 2020, former US Secretary of State, Pompeo, visited the NATO naval base in Souda Bay, and discussed with the Greek Prime Minister enhancing military cooperation within the framework of the defense cooperation agreement that allows US forces to use Greek military facilities. Sources mentioned that Pompeo discussed Washington transferring its vital warfare means from Incirlik Air base to the Greek island of Crete as a punishment to Erdogan for his actions. In December 2020, Washington imposed sanctions on the Turkish Defense Industries Corporation and its presidency for Ankara's possession of the Russian S-400 and its refusal to abandon it.

It seems that Biden's administration will be stricter about Turkey's policies in the region. In October 2020, during Biden's election campaign for the US presidency, he called for reinforcing pressure on Turkey because of its escalation of tensions in the Eastern Mediterranean.  Biden rejects Ankara's policy against the Kurds in Northeastern Syria, in addition to his previous criticism of Erdogan's regime which he describes as ‘authoritarian’.

4-    The stumbling of the Turkish project in the region:

Following the outbreak of the Arab uprisings in 2011, Ankara provided political, media and financial support to the Muslim Brotherhood to enable it to reach power in the Arab countries in order to create allied regimes within the region, in the context of restoring the Ottoman Caliphate. However, the Turkish project took several blows such as: the fall of the Muslim Brotherhood’s rule in Egypt in July 2013, Ankara’s failure to employ the Brotherhood’s leaders internally to overthrow the regime, then the fall of the Bashir regime in Sudan in April 2019, and the inability of the Ennahda Movement in Tunisia to rule alone due to the intense resistance of civil parties.

The future of appeasement:

Accordingly, it is evident that the change in Turkey's foreign policy towards de-escalation is associated with several factors, primarily the deterioration of the Turkish economy, the regional and international trends countering the negative role of Ankara in the region and the faltering of Ankara’s regional project. This creates a Turkish realization that Ankara's continuation of its hostile policies will incur a high cost.

However, the main goal of the AKP since its coming to power in 2002 has always been to extend hegemony and strengthen influence in areas historically affiliated with the Ottoman Empire, whether that was through soft power tools during the pre-Arab uprisings phases or by employing hard power elements following the eruption of the uprisings.

Hence, some do question Turkey's intentions for changing its foreign policies. According to some researchers, this may just be a change in the means that Ankara uses to achieve its goals within the region tailored to circumstances and new developments.