Debate continues over the nuclear agreement in Iran 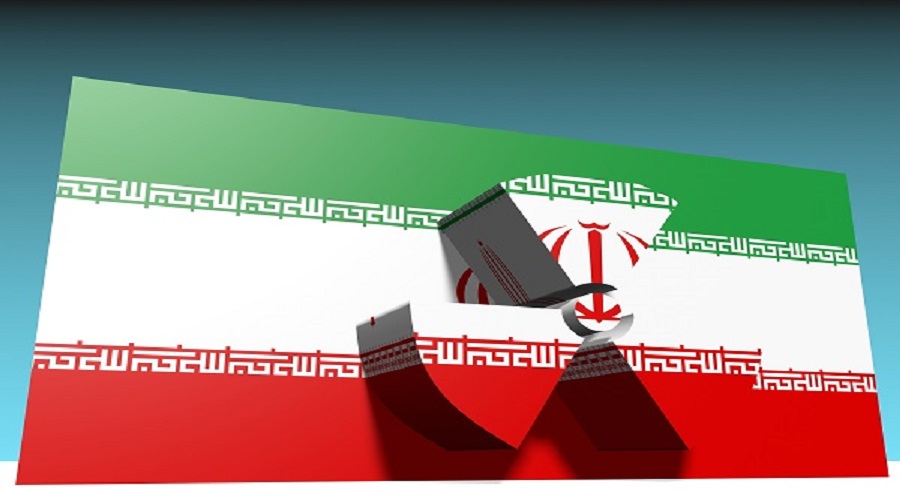 Even though a year has passed since the agreement over the nuclear deal and eight months since sanctions have been lifted, the agreement is still very much a point of debate between various Iranian political factions. Yet what is most noticeable in this case is that the debate no longer focuses on the economic consequences that this agreement has on Iran, it is now also focused on the relations between Iran and its regional neighbors such as Hezbollah of Lebanon and Hamas and the Islamic Jihad in Palestine.

This is a result of the differences between the government of President Hassan Rouhani on the one hand and the conservative movement as well as the Iranian Revolutionary Guard on the other. During the current period, these differences have risen from The Financial Action Task Force (FATF) which is an international group that was established in 1989 and is concerned with combating money laundry and terrorist financing. This group despite suspending some of the procedures that it had undertaken against Iran for a period of 12 months on June 2016, it has still kept Iran in the list of states that have High Risks, pegging Iran on the same level as North Korea.

Second, this highlights the lack of change in Iran’s foreign policy after the nuclear agreement, especially when it comes to support for militias and terrorist groups in the Middle East region. There were expectations that Iran would curb its foreign policy and adopt a more moderate approach after the nuclear agreement. There was a possibility to expand on the social base that was supportive of the nuclear deal with the P5 +1 and considered the moderate movement in Iran.

There seems to be two main directions on the political level in Iran when dealing with the FATF. The first is led by the government of President Rouhani and sees the need to adapt to the changes being asked by the FATF, which include combating money laundering and terrorist financing. This group of people believe that this is the path if Iran seeks to reap the economic benefits of the nuclear agreement. There are a number of hurdles that remain as a result of the fear of foreign banks when dealing with Iran, as these banks are fearful of being penalized or sanctioned by the US. This will remain the case as some of Iran’s banks and corporations are well known to deal in money laundering and are good supporters of terrorist finances.

In other words, the government of President Rouhani are seeking through negotiations to reach an agreement on the requests of the group and to quickly reap the economic benefits of the deal that are already delayed in their view. This would in turn decrease the pressure that they are getting and shore up support for the moderates in the domestic political scene. The conservative movement has been piling the pressure on as they have taken full advantage of the obstacles that have been laid out before the moderates in reaching their economic gains. The conservatives have also highlighted that Iran has conceded a lot in the agreement and they have not gotten anything in return whether in economically or technologically.

The intrinsic efforts that were undertaken by the government in order to end the sanctions and get nothing in return for Iran’s agreement on the nuclear deal, does not differ from their quest to expand their popular support base in the upcoming presidential elections in May 2017. It is expected that Rouhani will face stiff competition from candidates from the conservative movement, whom will seek to prevent a repeat of the mistakes of the 2013 elections where they let 4 of their candidates run against each other. This will most likely increase their chances against the moderates from the first round meaning that the political powers that belong to this movement will seek, in all likelihood, to agree on one candidate to run against Rouhani in the upcoming presidential elections.

The second direction, being led by the conservative movement and the Iranian Revolutionary Guard views the pressures being exerted by international groups and international agencies as attempts to weaken the capabilities of Iran to become a regional power. In their own view, there is an effort to stop the support being given to Iran’s regional allies, in specific some of the armed groups with which they are being accused of terrorist acts.In other words, this direction sees that some of the world powers including the US, are seeking through these various mechanisms to achieve, what the nuclear agreement has not been able to till now, a change in Iran’s foreign policy and align it with their own interests.

From here, a number of characters, belonging to the conservative movement, have started to not respond to the demands of these groups such as Professor Saeed Galeeli, the Secretary General of the High Council for National Security and a member of the council for reconciliation under the current regime. He stated that applying the demands of these groups will help others to increase the isolation of Iran. He also alluded that some are putting the people of Iran and Ayatollah under pressure. This is an accusation leveled at the government of Rouhani that they are acting in the interests of foreign agendas and hope to change Iran’s foreign policy to suit these states.

It seems that the differences will increase in the coming period of time. This is especially true considering that the nuclear agreement other issues that are no less important and are being used to accuse the government for trying to expand their influence in regional issues, such as the Syrian crisis. This is looking more likely to push the Ayatollah Ali Al Khamenei to intervene at some point with the aim of reasserting the makeup of Iran’s policies towards certain contentious cases.

Here one can say that Iran will find itself in front of two limited scenarios in dealing with the outside pressures that it faces. The first scenario is if it were to be responsive to the recommendations of the FATF would mean that they will need to take a number of bold steps to reduce aid and support to armed groups accused of terrorism. This is not the most likely scenario at this moment in time, and not having the Islamic Shoura Council ratify the combating terrorism law from 2012 will not help the justification for this. Ayatollah Khamenei has taken the opportunity on a number of occasions, especially after reaching the nuclear agreement, to reaffirm Iran’s support to its allies in the region seeing it as a cornerstone of Iran’s foreign policy, which has made this all the harder to change.

In the second scenario, Iran would move to not respond to these recommendations and as such would paint a negative image of Iran’s implicitness to continue in money laundering and terrorist financing. This will increase the obstacles and prevent the economic benefits and global integration from occurring. This will also most likely convince foreign banks and corporations that there is no point in dealing with Iran. Especially since November 2016 US elections will begin and their results could have an impact on Iran’s future.