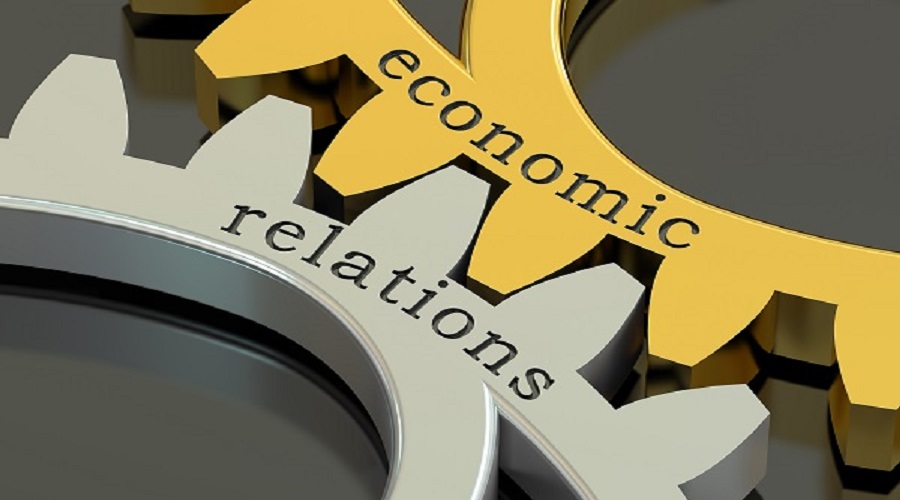 Some governments in the Middle East have recently moved to strengthen their economic relations with several international or regional parties which had been beset with deadlock due to complex political disagreements which arose between them in recent times. For example, Turkey is preparing to gradually resume economic dealings with Russia after several months of economic sanctions imposed by the latter. In another context, Iranian oil exports to European markets have recovered, representing an important indicator of the normalization of relations with Europe after the nuclear agreement was signed in July 2015 and international sanctions lifted in January 2016. Restoring economic relations to previous levels is likely to take a significant amount of time until an agreement can be made on a new basis for settling political differences.

A Variety of Models

Gradually, the stalemate suffered by economic transactions between various parties of the region on the one hand and other international and regional parties on the other will fade. In this regard, cooperation between Russia and Turkey is likely to improve following Russian President Vladimir Putin announcing that economic relations would resume once more in June 2016.

In the framework of rapprochement aimed at avoiding territorial disputes, the Turkish parliament ratified a draft law to exempt Israel and their citizens from all forms of responsibility for the attack on the Mavi Marmara ship in exchange for $20m in August 2016. This move hints that economic relations between the two countries will witness newfound momentum.

Although Iran has not yet been able to reintegrate into the global economic system after reaching a nuclear agreement in the P5+1 countries, oil exports to international markets – particularly Europe and Asia – have recovered over a short period, and Iran aspires to enhance economic partnerships with a variety of countries, Turkey and India in particular.

Without a doubt, if Morocco succeeds in rejoining the African Union - having submitted a formal request to obtain membership in July 2016 – the move will strengthen their links with sub-Saharan Africa. Morocco’s economic transactions with this region have witnessed a boom in recent years, with the nation now falling among the top investors in Africa.

Troubled domestic economic conditions in some countries of the region form one of the most important factors motivating an urgent review of tense relations with international and regional parties. Other incentives include for this type of initiative include political, security, and other considerations.

In light of the economic slowdown expected in Turkey in the mid-term following the failed coup of July 2016, it is of the utmost importance that the country averts the estimated $7.3bn in losses resulting from Russia imposing sanctions in various economic sectors, and most prominently tourism and construction. Political relations with their main economic partners – the EU and the US –took another turn following their recent stalling in extraditing Fethullah Gulen, who Ankara accused of participating in the attempted coup.

Rapprochement between Turkey and Israel is a strong boost for their business transactions which have increased from approximately $2.3bn in 2010 to $4.2bn in 2015. The two countries strengthened their partnership in utilizing natural resources in the eastern Mediterranean Basin.

Iran is engaged in attempts to overcome the economic crises which struck before sanctions were lifted in January 2016 as per the nuclear deal. Iran is hoping for its daily oil production to reach 4.6 million barrels within five years according to Oil Minister Bijan Zangana, and also aims to achieve its 5% growth target by the end of the current fiscal year.

According to preliminary indications, Iran succeeded in expanding its exports on international markets, especially in Europe and Asia. Iranian exports to Europe reached approximately 580,000 barrels per day in June 2016, compared to 530,000 barrels per day in May 2016, including an increase of close to six times the levels recorded before economic sanctions were lifted.

At the same time, the nuclear deal allowed Iran to conclude more profitable deals with civil society. In this regard, Indian President Narendra Modi vowed to supply $500m to develop the Chabahar project in southern Iran which will link Iran, Afghanistan, and Central Asia.

On the other hand, Morocco’s return to the African Union is consistent with their foreign policy, which grants Africa priority in terms of strengthening and developing relations on the political, security, and economic levels. In recent years, despite Morocco’s absence from the Union since 1984, they were successful in developing their economic partnerships on a bilateral basis with sub-Saharan African countries to become major investors in the continent.

Without a doubt, successfully joining the Union will strengthen Morocco’s position and help the country deepen its economic relationships and cooperation in the field of security, and in particular with regard to anti-terrorism efforts in West Africa. Moreover, the move may support the proposal for autonomous rule in the Western Sahara.

This trend paves the way for building confidence in the steps taken by countries of the region to preserve their economic interests vis-a-vis various international parties. At the same time however, it should be noted that normalizing economic relations to previous levels constitute a major shift which will take significant amounts of time to test the credibility and confidence of the various parties involved.

Thus it appears that Turkish-Russian relations will gradually return to their previous state. This trend was confirmed by Russian President Vladimir Putin during talks with Turkish President Recep Tayyip Erdogan in St. Petersburg in August 2016.

Despite the projects which the two parties claim to have made regarding normalizing relations once more, more time is required to set the foundations for continuing cooperation on security and economy, especially regarding contentious issues, such as coordinating dealings with the current Syrian regime, or projects of a strategic nature such as the Turkish Stream project which will supply gas to Europe via Turkey.

The potential to restore trade exchange between Turkey and Russia to their previous levels – which reached $31.1bn in 2014 – appears to be more feasible than progress in other areas. On the other hand, despite the agreement made to resume Russian tourism in Turkish cities, the political and security turmoil witnessed by Turkey in recent times may restrict Russian tourism flows.

In the same context, although the nuclear deal helped Iran achieve solid economic gains - especially by  reviving their oil exports – Iran’s new integration into the global economic system remains dependent on dissipating American fears that Iran won’t adhere to the conditions of the agreement, or that they may violate other terms related to human rights and supporting terrorist groups.

Thus far, Iran has faced great difficulties in settling its dollar transactions with global institutions, which recently pushed the country to sign an agreement with South Korea to use the Euro to circumvent US sanctions related to conducting transactions with Iran in dollars. This is in addition to other restrictions related to the investment climate as well as Revolutionary Guard companies interfering in many economic activities in the country.

According to the data, it is possible that economic transactions between sub-Saharan Africa and Morocco were not significantly impacted by Morocco’s leaving the African Union in 1984; on the contrary, perhaps the move has fed momentum in recent years. However, Africa’s position on the issue of the Western Sahara will remain a major obstacle in terms of Morocco’s cooperation with Africa on the whole.

Overall, we can say that normalizing economic relations between the aforementioned parties will require them to overcome political obstacles, which is not likely to happen smoothly, at least in the short-term. All of these leaves the process of strengthening economic relations subject to doubts.