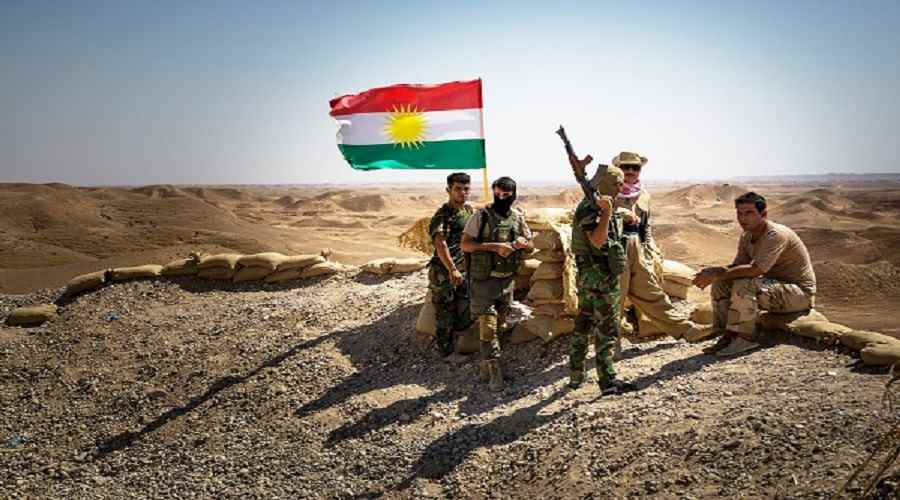 Turkey began on the 24th of August 2016, to conduct a military operation in the North of Syria calling it the “Euphrates Shield” with the stated aim of limiting the influence of the YPG militias in the North of Syria, as well as removing ISIS from the border region of Syria and Turkey. This coincides with the ongoing military engagement against the PKK in the South East of Turkey after the collapse of the truce between both sides. The confrontation is not only focused on the military aspect as Turkey is also seeking to quickly cut off the funding of these two groups with the aim of strangling them and finally neutralizing them once and for all.

For over two years now, the Kurdish fighters, such as the YPG and the Peshmerga, have been receiving widespread support from the International community with the aim of combatting ISIS. In return, it seems that the fighters of the PKK have become much more financially independent as they are bringing in finances from a number of sources including, illicit trade and blackmail.

This, however, does not deny the mission of Turkey to reduce the sources of funding for these militias is a tough one and is dependent on a number of external factors, most importantly, the coordination of crime fighting with regional countries. Added to this is Turkey’s aim to cut off Kurdish funding from the International community, which at the moment, is highly unlikely due to Turkey’s tensions with international powers, specifically the United States.

The Structure of Kurdish Funding

The military units of the Kurds are dependent on a number of financial sources, most importantly the international aid being received, as well as illicit sources of funding, that includes smuggling, taxes and protection money. The Peshmerga forces are considered, by the international community and the United States, a successful partner in the fight against IS since 2014 as they have been able to defeat them and kick them out of Kirkuk and Ninwai.

On a more official level, these forces rely on International Aid in armaments and training as the Iraqi Federal Government has not fulfilled its obligations towards paying 100 million dollars a month to pay for the salaries of the Peshmerga Forces as per the Federal Budgets of the years 2015 and 2016. This lack of payment is due largely to the ban put in place by Baghdad of paying out any dues to any region in Iraq so long as there is no agreement on the sharing of profits of the oil production.

To get past this crisis, the US and the EU has supported the Peshmerga both financially and militarily and has been steadily on the rise since 2016. In that respect the Foreign Ministers of the EU have agreed back in August 2014 to arm the Peshmerga and to increase the funding that they receive, especially from Britain and Germany.

In its own right, the US has also supported the Peshmerga through a number of allocations in the US military budget, according to the Homeland Defense Act of 2016 which gave the US President wide reaching authority to arm the Peshmerga without having to go back to the Iraqi Federal Government. As per the dictates of this act, it is very flexible and was signed between the Iraq, the US and the region of Kurdistan in July 2016. This joint military cooperation between these three sides ensures that the Kurds will receive political and military support estimated to be worth 450 million dollars for the Peshmerga to fight against IS.

On the other hand, the PKK, which has been on the US terror list since 1997, is much more financially independent and does not rely on foreign sources of funding. They are able to create their own funds through the black market, blackmailing, theft, and smuggling. The troubled security status in the region on the border between Turkey and Syria has created an ample enough environment to generate sources of funding to produce and smuggle drugs and other goods.

In that respect, the Turkish Interior Ministry’s reports are that the PKK is making upwards of 1.7 billion dollars every year from producing and selling drugs in the South East of the country, specifically in the province of Diar Bakr. For other sources, the group uses blackmail and donations from its supporters abroad, specifically Europe. Seeing EU states that neighbor Turkey are the primary route in the smuggling activities of the PKK, as well as it being a strategic source for donations, the Turkish police estimates that roughly 70% of the financial activities of the PKK come from Europe.

As for other sources of finances, Ridor noted in the same statement that during the same year, the YPG is making millions of dollars from Kurds all over the world at a time that the International Community is training and supporting the YPG since it increased its attacks on IS in both Iraq and Syria.

Besides this, the YPG depend largely on taxation that it collects from the Kurdish regions under its control, and without a doubt, the geographic spread for the Kurds has allowed them to control more of the Syrian Oil fields. For now, the Hassaka Oil fields, the most important Oil Fields in Syria has fallen under Kurdish control and includes the oil fields of Ramilan, Al Swedeya, Kartschuk. Another field is that of El Gabsa which includes Gabsa, Gona, Kebeiba and Teshreen and those two regions are capable of producing more than 250,000 barrels of oil a day. However, due to lack of maintenance and technical expertise these regions only produce around 15-20,000 barrels per day.

Mechanisms to Combat these Groups

The ongoing military operations by Turkey against the Kurds, in light of Operation “Euphrates Shield”, are aimed at attempting to reduce their sources of income in both Syria and Turkey and in light of Turkey’s policy there are two approaches that they can take:

Double Edged Policies (The Democratic Union Party): Turkey uses a mix between soft and hard power to limit the influence of the (The Democratic Union Party) that is closely tied with the PKK. In order to achieve this end, Turkey is trying to, at the same time as Operation “Euphrates Shield”, to reach out to the US, which is heavily sponsoring the YPG, to pressure them in order to retreat to the east of the Euphrates. It does not seem certain that the diplomatic and political efforts with Washington will achieve much and is pushing Turkey to carry on with its military operation in order to limit the influence of the Kurds in Syria. Turkey is well aware that the YPG is the main partner to the US, it however, declared this back in November 2015 that it would ban any weapons movements to the YPG, yet it still allowed these weapons movements despite the declaration.

Most likely, both sides, the US and Turkey, are unwilling to concede any ground in the YPG case and it is likely that Washington will continue to support the YPG in order to prevent them from losing in the war against ISIS, Ankara will also in turn increase their military operations in order to push back the Kurdish Forces.

In parallel to this, Turkey is continuing to work on a Cement Wall in the town of Karkamish in the province of Ghazi Antab on the borders with Syria and specifically bordering the town of Garbalus in Syria in order to prevent the smuggling of terrorists across the border.

The Military operation being carried out by Turkey against the Kurdish forces, might be a bigger danger on its financial resources if it were to target the facilities that house the oil, putting a dent in their ambitions to export oil across the port of Gihan in Turkey that goes through Kurdistan.

Some Kurdish officials are dismissing the possibility of exporting oil that is being extracted due to outdated production capabilities and fear from the Air Raids that are being conducted by the Syrian Regime. In that respect, the head of the Power Agency in the province of El Jazeera, Soliman Khalaf, stated that all oil sales from the side of the self-ruling authority to abroad, whether to Kurdistan or Turkey, would not take place unless there is a clear permission form the International Community or the authorities in Damascus.

Sealing the Siege on the PKK: The Turkish government ever since the collapse of the Truce with the PKK, has attempted to dry cut its sources of funding, which explains why security operations are still ongoing from the Turkish Police and Military fiercely targeting the smuggling and drug operations in the province of Diar Bakr.

At the onset of 2016, the Turkish Prime Minister Bin Ali Yildrim declared that the security forces have obtained during their operations in the east of the country over 40 tons of drugs and arrested of over 8561 people involved in the drug trade. The government is also planning to dismantle the local government in the provinces in the south east of the country by removing the mayors that are involved with the PKK as per the declaration of the Turkish Prime Minister.

Despite these efforts it is still not enough to close off the finances of the PKK as the mountainous areas of the region where the drugs are produced make it very difficult to destroy completely, as well as the difficulty of replacing the local governments as they continue to provide financial and logistical support to the PKK. Added to this is the difficulty of dismantling the financial web that ties the party with some states in the EU.

As opposed to the previous, the threats on the finances of the Peshmerga are far less threatening. This is with the exception of the oil division among federal regions in Iraq that is still being negotiated.

It can be said that despite the battles that are ongoing between Turkey and the Kurds, the efforts are still negligible in creating a large enough dent in the sources of financing, specifically its foreign sources. Yet at the same time, the foreign sources of financing remain a weakness for the militias, specifically if the relations between Turkey and the International Community were to improve.