The Problems of Local Governance in Arab Conflict Zones 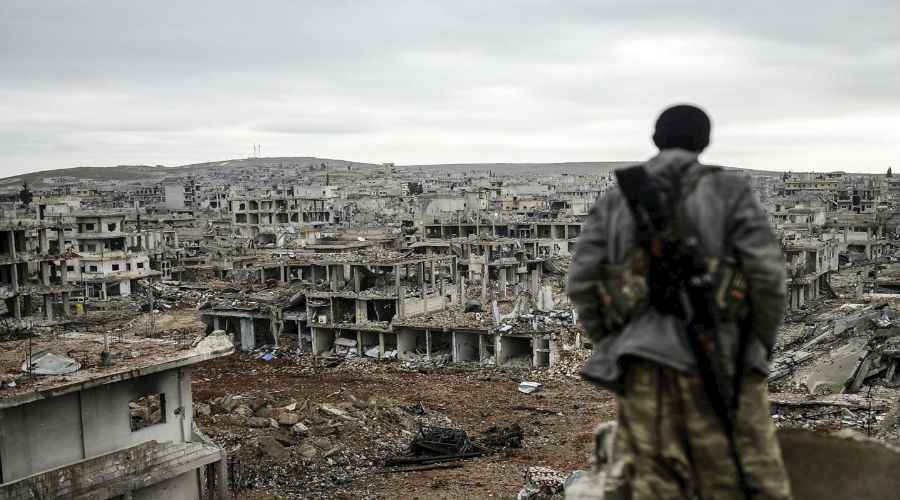 Improving the performance of local governments, local administration, village councils, and municipalities in Arab conflict zones face a set of challenges.  The most prominent among these challenges are the continued internal armed conflicts with regional dimensions, strengthening the legitimacy of certain political regimes, power struggle between central and local governments, growing partisan and political disputes, severe destruction in areas controlled by terrorist organizations, and the growing fiscal deficits of local councils. On one hand, the fiscal deficits have increased amid a low level of donor support,  poor development of councils’ resources, and the enduring conflict between the legitimate government and armed militias. The influx of irregular migrants have also imposed a double burden on already overstretched local bodies.

Armed conflicts in the distressed Arab countries have aggravated the challenges that hinder the role of municipalities over the past eight years. These challenges are as follows:

The Swirl of Violence

1- Continued armed conflicts involving local actors, regional powers, and international intelligence services, weaken the presence and effectiveness of local councils and municipal bodies. Internal forces brought their conflicts to local councils, and hence the destruction, which affects state institutions, to local councils. This is in addition to the lack of access to water, electricity, and fuel supplies. Gas cylinders are smuggled for sale on the black market in several Libyan areas such as Sabha. A few days ago, Libyan authorities seized expired foods, leading the House of Representatives to withdraw its confidence in the local government minister in the interim government Mohamed Farouk Abdulsalam.

In other cases, such as Syria, parallel power structures and rivalries have emerged in the communities, dominating but not replacing the official authorities. Meanwhile, the experiments of the local Syrian opposition councils in Aleppo, Idlib and Homs have faltered, undermining the ability of the leadership of the central opposition and provincial councils to effectively provide funds and assistance to the municipalities which fall within their purview.

2- Legitimizing political regimes: This issue was raised by several Western countries which criticized the organization of joint events between global development agencies and the Syrian regime. The United Nations Development Programme (UNDP) and the Ministry of Local Administration and Environment of Syria held the “National Workshop on Local Governance” on February 20 and 21, 2019, based on the law 107, whose implementation has been affected by the situation in Syria since 2011. Participants in this workshop believe that local government in Syria should take priority in the coming period.

The workshop was attended by Minister of Local Administration and Environment Hussein Makhlouf, Deputy foreign Minister Faisal al-Mekdad and UNDP Country Director in Syria David Akopyan, as well as representatives of local council heads, who were elected in 2018, including in the areas regained the Syrian army such as Zabadani, Homs and Aleppo. The workshop explored options for decentralization to provider better services for the Syrians. Estimates indicate that some 12.8 million Syrians in the country need education, health, and food services.

The reason why several major powers criticized holding such workshops is that they prejudge the political solution, especially that the regime, armed opposition and Kurds have divergent stances on the development of the local government system. While the Syrian regime supports the implementation of Law 107 of local administrations, opposition forces demand decentralization, as was evident in the Geneva negotiations, and the Kurds call for a self-administration system.

Those who refuse to deal with Assad at this stage say that these workshops legitimize the Syrian regime headed by Assad, in a way that goes beyond humanitarian assistance and the reconstruction of destroyed areas. This may explain why the third Brussels Conference on Supporting the Future of Syria, organized by the EU and the UN, will be held on 12-14 March.

The Center and Peripheral Regions

3- Power struggle between the central and local governments: This exists in Iraq between the Iraqi government and the Kurdistan Regional Government, especially after the referendum on the secession of the Kurdistan from Iraq. This may explain the obstruction of the flow of funding from Baghdad to Kurdistan to compel it to fulfill its obligations with regard to providing service to the residents of this region.

For example, the controversy in the capital city of Baghdad is still raging between two parties, Fatah and Sairoon, over the election of two governors, with each party claiming its candidates as lawful. After the election of Fadel al-Shuaili, a governor from the Sadrist movement, the Fatah Alliance challenged his legitimacy and managed to elect a new governor, Falah al-Jazairi. The two candidates await the Administrative Court to resolve this bitter dispute, after each party has lodged a grievance.

There is also another controversy over the post of the mayor of Baghdad, following the resignation of Abdul Hussein Abtan, a member of parliament from al-Hikmah Movement, from the parliament to run for the post of Baghdad’s mayor replacing the current mayor Zekra Alwach, who was nominated by the State of Law coalition. This controversy arises from the fact that Abtan belongs to Najaf not Baghdad.

Partisan disputes affect Basra and Wasit governorates too. Asaad al-Aydani remains governor of Basra despite being a member of the House of Representatives, sparking disagreements in the provincial council. In Wasit, three governors claim their right to the post of Wasit’s governor, a dispute that the Iraqi judiciary has not resolved yet. Similar disputes exist over the same post in Kirkuk, Karbala and Najaf governorates. Such local rivalries in provincial councils may reflect the struggle over power and influence, which de-prioritizes the provision of services to citizens and passes up the opportunity to correct the course of the municipalities.

5- Severe destruction in the areas controlled by terrorist organizations: The is the situation in Sinjar city in northern Iraq, located in a vital geographical area bordering the Kurdistan region with Syria, Iran and Turkey after ISIS militants were expelled more than three years ago. No reconstruction of the city has been carried out. Mines are still scattered, water is scarce, and power outages are frequent. And only one third of the displaced population has returned, all of them Yazidis.

It is worth mentioning that its population is about 100,000 people, belonging to various ethnicities (Yazidis, Sunnis, Shiites, Christians, Arabs, Kurds, Turkmen, among others). Perhaps the reason for this is the genocide they suffered at the hands of ISIS. In addition, citizens of this area are reluctant to return due to the tensions arising from the presence of rival armed factions, apart from bureaucratic problems related to approving a dedicated budget for Nineveh governorate.

6- The growing fiscal deficit of local councils: The takeover of power by the Houthi rebels has greatly affected the funding of local councils, eroding their ability to provide services to most areas of the country. The Houthis have exercised their clout at the local level through forming the so-called People’s Committees to ensure that local councils distribute revenues and channel direct external humanitarian assistance in line with agendas set by their leaders.

Therefore, the lack of funding was noticeable in the Houthi-held areas, amid their insistence on re-channeling the funds of those councils for other purposes. On the contrary, many analysts indicated that the multiple sources of income available for local authorities in Hadramout helped them to exercise a higher degree of independence in terms of their ability to pay employees’ salaries, and to finance the development and maintenance of electricity, water and sanitation infrastructure.

Similarly, Marib governorate cut a deal with the legitimate government in mid-2017 to keep up to 20% of the oil revenues extracted from the governorate, which the former central government used to monopolize. Thanks to its economic activity, it was able to attract thousands of the internally displaced persons. Thus, Marib has become a successful model of local administration in Yemen, supported by the unity of the people, availability of resources, and enhanced security, with the help of the Arab coalition forces.

7- Irregular migrants influx: It affected Libyan municipalities in the post-Gaddafi era, particularly amid the fierce power struggle between the east-based and west-based governments, and the proliferation  of armed militias across Libya’s porous borders, which led to the emergence of economic interest groups creating instability and perpetuating chaos in the country, especially human trafficking groups which help smuggle individuals from Libya and its neighboring countries to Europe. That is why the EU, the UNDP, and the UNICEF support any local bodies trying to stop this influx.

Despite the challenges facing local and municipal bodies in Arab conflict zones, they can play a role in reducing the intensity of the war , mediate between armed groups to negotiate cease fire, provide safe corridors for the delivery of humanitarian assistance across lines of engagement, and offer solutions to services-related problems if the local councils resources are available, as some cases in Yemen and Libya show.

Over the past years, structures and patterns of local government in Arab conflict zones have been developed and shaped based on different organizational structures, legal foundations and political objectives, as well as varied financial resources. Most of them suffer from poor management in providing the basic services to the local people, rampant corruption, lack of transparency and accountability mechanisms. However, few of them have gained considerable experience in managing of their regions, despite the risks. Thus, power sharing can be achieved through a decentralized formula, which will contribute to restoring stability and initiating the post-conflict reconstruction.