Why Iran is Cozying up to Taliban? 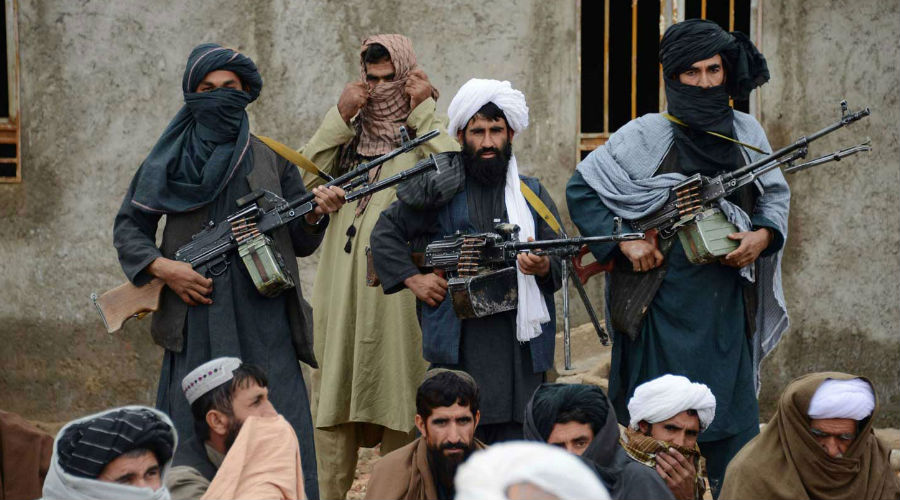 Iran is currently making unremitting efforts to further its relations with the Afghan Taliban. Although these attempts are not new, as there have always been unannounced channels of communication between the two parties, Iran is keen to uncover the presence of these channels and its efforts to foster relations with the movement. This was evident in the recent statements of Iranian officials such as its Foreign Minister Mohammad Javad Zarif and the Secretary of the Supreme Council for National Security Ali Shamkhani. This is, without a doubt, inseparable from the Iranian attempts to pave the Afghan arena for the return of elements of the Fatimid militia, and perhaps prepare in advance for a possible and sudden US withdrawal from the country, like the recent US decision to withdraw from Syria.

Iranian officials have recently been keen to hint that Tehran is moving towards establishing stronger ties with Taliban, a rival to Tehran during its rule in Afghanistan in the 1990s. After meeting with a delegation of the movement in Tehran on December 29, 2018, Iranian Deputy Foreign Minister for Political Affairs Abbas Araqchi visited Kabul and met with President Ashraf Ghani, a move that Iran touted as part of efforts to support the political process in Afghanistan, suggesting that it may act as a mediator between the Afghan movement and government.

This goal was reflected in the remarks made by Foreign Minister Mohammad Javad Zarif on January 10, 2019, in which he stressed the need for the Taliban to have a role in the future of Afghanistan, underlining that this role should not be in the leadership of the Afghan government.

These remarks, specifically, are highly significant and indicate Iran’s vision for the future political arrangements in Afghanistan, namely the need not to exclude Taliban and at the same time to set “red lines” that serve Iranian strategies and interests in Afghanistan. These red lines include preventing the movement from coming to power again, in a way that could lead to a renewed tension between the two sides during the Taliban rule over Afghanistan. Tension between the two sides came to a head in 1998 after the killing of several Iranian diplomats in the city of Mazar-i-Sharif, prompting Iran to draw up a plan for military intervention in Afghanistan, but it eventually backpedaled on the plan.

Iran’s attempts to further its ties with Taliban stem from several reasons, which are as follows:

1- Paving the way for the return of the Fatimid militia: The question about the future of the sectarian militias that Iran has formed and trained to defend its interests in countries, such as Syria and Iraq, is highly debated in Tehran, especially after the shift in the balance of military power in Syria are in favour of the regime, which now controls about two thirds of the Syrian territory, according to numerous estimates.

Several scenarios have been recently drawn up and transpired from the statements of Iranian officials and commanders for the future role of these militias, including deploying part of them in other areas where Iran is seeking to consolidate its influence or sending them back to their home countries, such as Afghanistan and Pakistan.

Raising the level of political and security coordination with Taliban would enable Iran to secure the return of the Fatimid leaders and members to Afghanistan, while avoiding an armed conflict with Taliban, which could reject and prevent such move.

In this context, Iran may claim that the return of these militia would be crucial in confronting ISIS in Afghanistan. However, such claims do not correspond to the realities on the ground, which demonstrate that Iran is one of the main supporters of terrorism and its interventions in Syria, Iraq, among others, have enabled terrorist organizations to spread in these countries.

2- Readying for a possible US withdrawal: Iran seems to be bracing itself for a sudden US move to withdraw from Afghanistan, similar to its decision to pull its troops out of Syria, which has already been put into effect. While Tehran is currently trying to fill the void that will ensue from the US withdrawal from Syria, it recognizes that early preparations for the same scenario in Afghanistan could help strengthen its influence in the latter, even before Washington takes a step in this regard.

3- Countering pressures: Tehran may be sensing that the pressures in the coming period will focus on its roles in the region, as evident in the US preparations to hold an international summit in Poland on February 12 and 13, 2019, to roll back Iran’s influence in the region, and the remarkable convergence of European and American stances on Iran, which will likely increase after the EU has imposed sanctions on Tehran, on January 8, for its involvement in operations to target opposition figures in European countries.

Therefore, Iran may anticipate the mounting pressures by consolidating its influence in conflict zones, signaling that it will not easily give up its roles and may even escalate in the coming period.

The above-mentioned attempts to cozy up to Taliban do not negate that the new role Iran is trying to play in Afghanistan faces significant obstacles. Most importantly, the parties concerned with the political and security developments in Afghanistan rejects such role, as evidenced in the harsh criticisms leveled by Kabul to Tehran. Deputy spokesperson of the Afghan president, Hossein Mortazavi called on Tehran, on January 11, to pay attention to its own internal political problem, which has led to crisis for many years. “Wouldn’t it be better [for Iran] to listen to the voice of its own political opponents… instead of the Taliban?”, Mortazavi said. This, of course, cannot be divorced from Kabul’s rejectionist attitude of any possible Iranian move to return elements of the Fatimid militia to Afghanistan, with all the negative implications that this could have on its security and stability.

Moreover, Iran’s attempts to bolster its presence in conflict zones will place further burdens on its budget at a time when it is facing spiraling domestic protests and getting less returns from oil exports, and hence it risks triggering unprecedented internal and external crises.