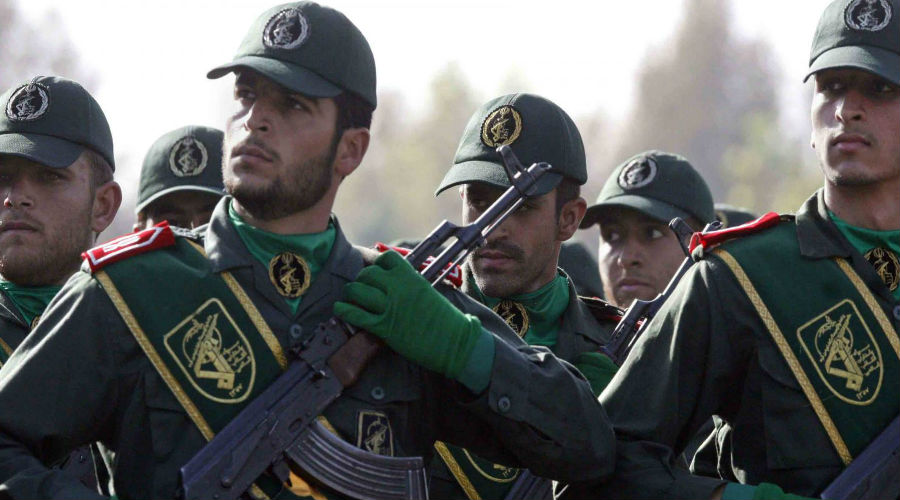 The announcement by Iran’s Revolutionary Guard Corps, on December 22, 2018, of a change in its military doctrine during recent exercises in the Gulf region, to keep pace with numerous developments in the internal and external fronts, reflect the mounting threats facing Iran due to its aggressive policy. This new move, however, may not necessarily reflect an overall shift in doctrine, as much as a pivot towards adopting new tactics in the military strategy to be better able to confront these threats. Most importantly, it does not involve a development in the tenets of the traditional military doctrine, which is predicated on a central doctrinal pillar that is hard to change, amid the current regime. Moreover, the IRGC has always pursued aggressive policies, as evident in its roles in conflict zones, exacerbating them and hampering the efforts to reach a settlement.

Eight years ago, in 2010, leaders in Pasdaran came to a conclusion that the traditional missions it had conducted during the war with Iraq (1980-1988) could no longer correspond with the developments at the current stage. Hence, they called for restructuring the Pasdaran’s units, with the aim of expanding its activity and enhancing its ability, to better suited for implementing the policies of the Iranian regime at home and abroad.

That has been accompanied by numerous attempts to curtail the role of the regular army, on the belief that it does not have the capabilities to achieve the regime’s non-conventional goals, a vision that has existed since the overthrow of the Shah regime in 1979.

Yet, the actions taken at that time were more of a development rather than a change in the military doctrine of the IRGC. They involved a structural expansion to align with the existing military policies, due to the perceived threats to the internal front, amid the growing impact of of the reformists and their increasing influence within the regime’s institutions.

Later, things began to change more clearly, given the roles played by the IRGC at the external front, by directly engaging in conflicts rather than remotely managing them through the militias that it has formed and trained in Iraq, Syria and Yemen, as part of asymmetric confrontations.

The recent announcement highlights the repercussions of this engagement with the resurging threats to the home front, as the regime claims, and the growing need to strengthen the capabilities of the IRGC on that front, in the wake of the recent attacks against the military and security institutions.

It should be noted that the military exercises during which the announcement was made on the change of the military doctrine, on December 22, featured a broader role for the IRGC’s ground forces, not the regular army. This indicates that the Pasdaran still pursues the policy of escalation to confront the pressures on the county. In addition, it tested a medium-range ballistic missile at the beginning of the same month. A week later, the commander of the IRGC’s Aerospace Force, Brigadier General Amir Ali Hajizadeh, said that it was part of 40 to 50 tests, carried out throughout the year.

The statements made by the IRGC leaders during the recent exercises in the Arabian Gulf, in which they referred to a change in their military doctrine, show a considerable concern over the reversal of the gains Iran has made in conflict zones. This comes at a time when it needs to dedicate additional resources in the wake of the US withdrawal from Syria which, according to the Iranian point of view, requires sending more troops to fill the ensuing void that requires an increase in military spending on the Syrian front. This poses a significant challenge given the internal economic crisis and the international escalation, amid the renewed US sanctions. According to several Iranian reports, the latter have been instrumental in reducing the allocations for the armed forces in the initial budget presented by President Hassan Rouhani to the Islamic Consultative Assembly on December 25.

This development cannot be detached from a trend in Iran that views the “defensive approach”, in its traditional form, as incompatible with the continued policy of expansion abroad. Its advocates argue that the defensive approach has negative impacts on the IRGC’s  ability to secure the home front, amid rising political tensions and security disturbances, aggravated by the US escalation, as evident in the arrival of the aircraft carrier, USS John C. Stennis, to the Gulf on December 22, the first since president Donald Trump declared the US withdrawal from the nuclear deal on May 8.

Moreover, these statements enhance the likelihood of Tehran attacking targets, it deems hostile, in the region, which would change the rules of conventional engagement with some powers. Such possible development carries high risks, given the regionals powers’ insistence on confronting the Iranian attempts to consolidate its influence in areas close to them. That determination was evident in the Israeli successive strikes against positions belonging to Iran, Hezbollah and the Syrian regime in Damascus and other parts of Syria. The most recent Israeli strikes targeted sites close to Damascus, including the international airport on December 26, followed by the Israeli Prime Minister Benjamin Netanyahu’s statement, in which he stressed that: “We will not abide an Iranian entrenchment in Syria” after the US decision to withdraw from there.

In short, there is a relative change in the nature of the functional role of the IRGC not in its general military doctrine, due to various factors that play a key role in setting limits on such change. These are not confined only to the internal developments but also the existing balance of power in the region.