Why Ports have Become More Central to Regional Interactions 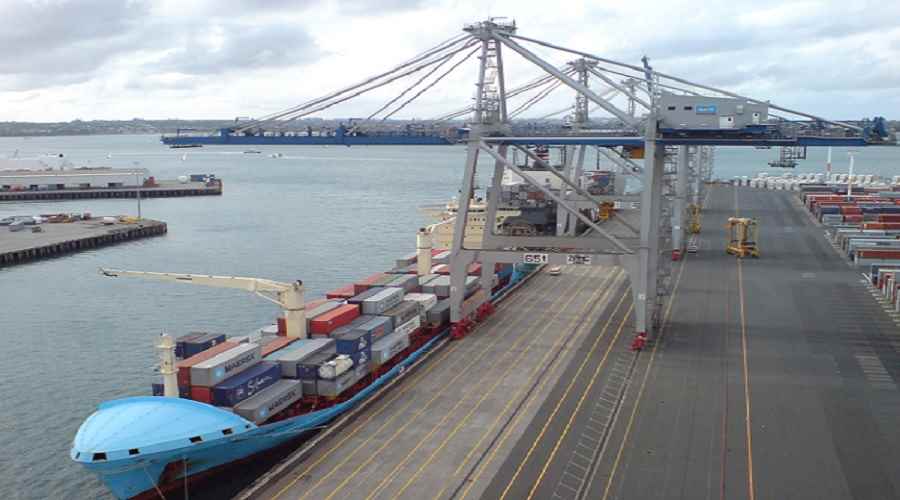 The strategic importance of ports, for trade and oil, has increased in Middle East regional interactions for several reasons. These reasons include cutting off armed militias’ supply lines, preventing piracy and looting of relief vessels, developing the Omani economy, dealing with the difficulties caused by a year-long Arab boycott on Doha, and the continued siege on occupied territories, such as the case of Israel in intercepting Palestinian ships. In addition to fending off the threats of irregular migration emanating from Libya to European countries, extending influence to African countries, as done by Turkey and Iran, and bolstering the strategic standing of international powers, such as Russia and China.

The past few years have seen a growing interest on the part of local, regional and international actors in existing or new ports such as Dubai Ports World, Libyan oil ports, Hodeidah port in Yemen, Duqm in Oman, Hamad in Qatar, Gwadar in Pakistan, Chabahar in Iran, Suakin  in Sudan, Latakia and Tartus in Syria, among others. In general, there is a set of factors explaining the heightened importance of Middle East ports in interactions, whether internal or regional, cooperative or confrontational, which are as follows:

The Battle for Hodeidah

1. Cutting off armed militias’ supply lines: This is clear in the role of the pro- legitimacy Yemeni army, in laying siege to the Houthi militias near the Red Sea port of Hodeidah, the main lifeline of the militia–held areas. Moreover, the port gains added importance due to its proximity to international navigation lines, which the militia leaders threatened to target by boat bombs.

Many estimates do not rule out the possibility of storming the city and port by the rapid reaction forces in the next period, particularly that sources of armament coming from Tehran as well as the bulk of aid and food assistance passing through the port. Moreover, the defeats of the Houthis in their traditional stronghold (Sa'dah) have disturbed their reinforcements on the West coast. It should be noted that naval battleships played a significant role in targeting the positions of the Houthi militias in Hodeidah.

“These forces are reinforced by new ones and will participate in the restoration of Hodeidah…In the beginning, we will cut the supply lines, especially between Sanaa and Hodeidah, and then siege the Houthis inside the city and bring it down without fighting”, said Colonel Sadiq Dwaid, spokesperson of the National Resistance, on May 31, 2018. Several signs support this scenario: their leaders are fleeing, they are smuggling their families out of the city, they are selling their property and vehicles and transferring their weapons to unknown sites.

The battle to control the port of Hodeidah, by the pro-legitimate government forces, will be over soon, closing the last key port under the Houthis’ control. Statements made by Iran’s Deputy Foreign Minister Abbas Araghchi confirm this; he said that the latter refused to link the nuclear agreement with developing ballistic missiles and the negotiation over its regional role in more than one country in its surrounding (Iraq, Syria and Lebanon), except Yemen.

“Singapore of the Gulf”

2. A move forward to boost the economy: Oman seeks to develop Duqm port to turn the country into a regional trade hub, so that, according to many estimates, the Sultanate will become a “new Singapore”. The advantage of Duqm Port lies in its location outside the waters of the Arabian Gulf, i.e. ships do not have to pass through the Strait of Hormuz. Therefore, Muscat plans to build an airport, an economic zone, oil refineries, oil tanks, shipyards, tourist resorts, roads and railway lines, extending from Duqm port. All this aims at boosting the Omani economy.

3. Circumventing the difficulties ensuing from the Arab boycott: The Qatari government has adopted this approach since June 5, 2017, through signing new navigation agreements that do not depend on GCC countries, which closed its ports to Qatari vessels. Qatar’s contribution to finance the development of Gwadar port can be viewed from this perspective, which gives it a comparative advantage versus neighbouring ports. In addition, it will provide China with its gas needs.

In accordance with the agreement signed on March 26 2018, Doha will also build a free trade zone on Suakin island in Sudan, thereby opening shipping line between Hamad port and Suakin port. This is the second agreement of its kind; the Sudanese authorities announced, in November 2017, an agreement with Qatar to develop the city of Port Sudan, with the aim of turning it into one of the largest container ports on the Red Sea coast. This is in addition to opening a direct shipping line between Hamad port in Qatar and Sohar port in Oman.

The siege laid by Tel Aviv

4. Continued siege on the occupied territories: On 29 May 2018, the Israeli naval forces intercepted a ship heading from Gaza Strip, through the Mediterranean, to the port of Limassol in Cyprus, arresting 17 Palestinians on board, including cancer patients and injured people in need of treatment, as well as several students. The ship along with the people on board were taken to the Israeli port of Ashdod without security problems, under the pretext of exceeding the 6 to 9-mile area set by the Israeli occupation for Palestinian fishermen.

On the other hand, the spokesman for the National Committee to Break Gaza Siege, Adham Abu Selmia, held the Israeli occupation fully responsible for the lives of the sick and students on board the ship, describing what had happened as “piracy” that requires the international community to intervene to ensure the security of Palestinian citizens who were aboard the ship, adding: “those people came out of Gaza carrying a message to the world to assert their right to life and reject Israel’s tightened siege on the Strip, which affects all aspects of life.”

5. Fending off immigration threats especially from the Libyan ports and coasts to Europe, where most of the clandestine immigrants from African-origin countries come to Zuwara, Sabratah, Zawiya and Tripoli ports to take boats and head towards the northern Mediterranean countries. This happens amid mounting activities of human smuggling gangs, which take the form of a “network” comprising travel agents, lawyers, bankers, operating offices, interpreters, housing agents and drivers to transfer immigrants to assembly points, plus hotel staff to receive them.

Such networks include people who have experience in irregular migration, to help determine travelling routes, whether via land or sea, which demonstrates the thoroughness, organization and great professionalism, from junior to senior workers, making it a multilateral process, and cashing in on the chaos in Libya to boost their trade, which generates millions in profits for its workers.

6. Extending influence to  African countries: The Horn of Africa has become a battlefield for regional conflicts, both military and commercial, as manifested in the moves made by several regional powers such as Turkey, Qatar, Iran and Israel, as well as international powers such as China, to obtain the right to run and utilize ports in African countries, such as Somalia, Eritrea and Sudan. The announcement by Turkish President Recep Tayyip Erdogan on December 26, 2017, of Sudan’s agreement to place the island of Suakin under Turkish administration, for unknown period, with the aim of redeveloping it, confirms the validity of this analysis.

In September 2014, Turkey also obtained, through Albayrak Group, the right to run and operate the Mogadishu port from the Somali government for 20 years, with 55 percent of its annual revenues being given to the Somali treasury. On 3 December 2017, Iran inaugurated expansions at the port of Chabahar at a cost of $1 billion, which would be a major transit route to Afghanistan and Central Asia, reinforcing its regional economic presence, especially as it is entering a new phase of US sanctions in the wake of the US withdrawal from the nuclear agreement On 8 May 2018.

7. Strengthening the strategic position of international powers: A case in point is the Russian presence in Syria, where Moscow has established a naval military base in the port of Tartus for 49 years, under an agreement signed with Damascus in January 2017. This demonstrates Russia’s interest in shoring up the Assad regime since its military intervention on 30 September 2015, which has led to a shift in the balance of power in favour of the regular army versus armed opposition forces, terrorist organizations and the Kurds. This is in addition to several other ports such as Latakia.

Likewise, China’s role in the region is on the rise, following Beijing’s entry as a  partner and major financier of Gwadar port in Pakistan for 40 years, in 4.5 billion-dollar deal. This leads to faster and cheaper freight transport to some of the world’s most populous countries, enhances China’s role in global trade and reduces the dependence of some countries on the US. Indicators suggest that Gwadar port will become the main maritime gateway for Central Asia, the port is also a major project in the “One Belt, One Road” initiative to build strong economic relations between China and the countries on the old Silk Road.

Accordingly, Pakistan would become the trade gateway to China. For its part, India seeks to develop Chabahar port, which reflects the Chinese-Indian rivalry for influence, amid New Delhi’s concerns over the passing of the ambitious Chinese project through the disputed Kashmir province with Pakistan. This means Kashmir will be protected by China after the former became a conduit for its goods. In 2017, China opened its first overseas military base in Djibouti off the coast of Yemen and Somalia, expanding its influence outside its territory, especially in areas of the US-led counter-terrorism operations.

In short, ports have been strategically important in interactions in the Middle East, whether between regional or international powers, or within states between regular entities, armed militias and terrorist organizations. The centrality of ports is likely to increase amid flaring crises, lack of horizon for settlement and rising rivalry among regional and international powers, since ports are the main artery of international navigation and trade, amid firm belief that “Whoever rules the waves rules the world”, as Alfred Mahan put it.