Mogadishu's approach to Deal with the Ports of Berbera 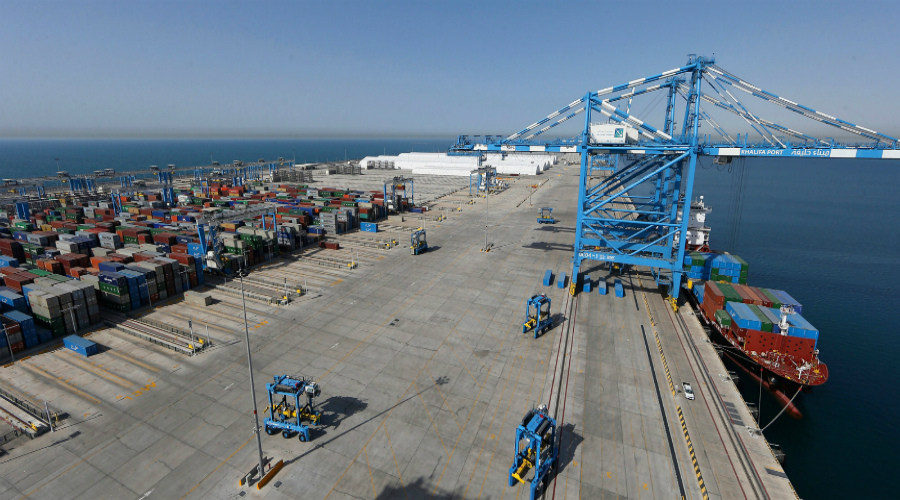 Following the failure to unite Somalia's region, after the country declared its independence in the 1960s, a fierce war erupted resulting in divisions in 1991. The National Movement declared the autonomous region of Somaliland with Hargeisa as its capital, while the United Somali Congress (USC) announced forming a cabinet in the capital Mogadishu. The USC inherited the federal state’s legacy, international recognition and endless domestic disputes. On the other hand, the North achieved political and security stability and attained relative development and growth.

The rift between the North and the South is a fait accompli that cannot be ignored. Mogadishu’s weak consecutive governments did not have any actual authority over Somaliland. Meanwhile, some politicians still attempt to retrieve the pre-1991 stance. This was evident in the political inhibitions they set regarding the agreement to develop the strategic Berbera Port, a key developmental and economic project.

Roots of the Dispute

The dispute between the government of Somaliland and the Somali government regarding the agreement to develop Berbera Port with DP World has deeper roots. In general, throughout the past couple of months the dispute focused on political aspects, while overlooked the economic dimension.

Since Somalia declared its independence, various politicians aimed to hold a firm grip over the country, as they feared facing secession attempts. This has not yielded any positive results whether on the country’s unity or in terms of improving security and the livelihood situation. The world “Somalia” became synonymous with the state’s failure in global media. The term “somalize” thus emerged in reference to civil wars and famine.

This approach prompted Mogadishu to issue a decision scraping the agreement, which would have economic benefits for Somaliland and assist in developing the economy that has been obstructed due to weak investment capabilities and turmoil in Somalia. Mogadishu’s approach reveals lack of strategic intellect that wisely and realistically deals with such a complicated matter. Such issues cannot be resolved via a political decision, which is not supported by realistic data that helps implement it.

Even though Somaliland has been a part of the federal state for 30 years and it does not enjoy wide international recognition as an independent state, one cannot overlook its uniqueness. Somaliland was colonized by the United Kingdom, unlike the region, and separately gained its independence. However, later Somaliland voluntarily joined the federal integration.

Furthermore, It is also not possible to ignore the suffering and destruction Somaliland witnessed, due to the practices of the regimes that governed Mogadishu, prior to the death of Siad Barre. Barre assassinated many northern generals in Hargeisa after he lost the war with Ethiopia, between 1977 and 1978. A fierce civil war broke out as a result. During this war, the regime, which was eventually toppled in 1991, shelled cities in the North and poisoned wells.

This heavy legacy, coupled with political and security instability in the South, makes Mogadishu’s decisions unrealistic. Under such turbulent status in Somalia, Somaliland cannot let the management of its economic resources under the control of a weak and unstable government, which has been incapable of imposing its control on all undisputed territories, despite all the regional and international support it has.

To improve its economy, Somaliland’s government signed an agreement to establish an economic free zone to complement the project to develop the Berbera Port. The aim of the project is to transfer the pivotal regional port to a major passageway for goods imported from regional and global markets. This zone would also attract investors, contribute to diversifying of the Somali economy and create hundreds of job opportunities.

The agreement gives DP World 51 percent of the project, while Somaliland gets 30 percent and Ethiopia gets the rest. Including Addis Ababa, which is the influential regional power in the region, as a partner in the project conveys a message to Mogadishu’s rulers that attempts to thwart this plan will not be welcomed.

The dispute regarding the development of the Berbera Port is partially linked to the power struggle in the strategic Horn of Africa, which overlooks vital water passages.  Regional and international powers compete over this region for various motives through resorting to several techniques such as soft power, via humanitarian aid economic support and indirect influence, and military presence in different forms and sizes.

According to analysts, Turkey may have influenced the stance of Mogadishu. Ankara has found a foothold in Mogadishu as it seeks to create strategic depth in Africa after Recep Tayyip Erdogan’s dream of joining the European Union began to fade away.

In addition to economic investments, Turkey established a permanent military base in Mogadishu, where Somali forces are being trained. This makes the government prioritize its alliance with Turkey. Some analysts argue that Ankara pushed Mogadishu to scrap the agreement to develop the Berbera Port, as Ankara fears competing with some Arab countries.

One cannot rule Qatar’s role here especially if we consider the Qatari-Turkish intertwining interests and the Qatar crisis.  Doha attempts to disrupt and hurdle the investments of the boycotting countries via any possible methods.

Despite the strong relations between Somalia’s regime and Turkey, the Arab axis, led by Saudi Arabia, has reinforced its presence in the Horn of Africa, including Somalia that cut its diplomatic ties with Iran following the attack on the Saudi embassy in Tehran in January 2016.

Given these domestic determinants of Mogadishu’s policies and their links to the role of regional powers, one can conclude that there are three potential scenarios regarding the stance on the agreement to develop the Berbera Port.

The first and most likely scenario is that Mogadishu’s government will maintain its stance, yet without taking any escalatory measures. This will appeal to people’s sentiment regarding unity and will help Mogadishu gain people’s support. This will also satisfy its Turkish ally, without losing the other axis. Perhaps this is why Somaliland President Muse Bihi Abdi said Mogadishu’s statement that it is mandatory to consult the latter regarding the Berbera Port agreement is a “joke.”

The second scenario is that Somalia will seek regional mediation to draft the agreement again and reach a new formula it approves of – even if the amendments were nominal and insignificant as this will help Mogadishu save its face. Mogadishu may thus resort to Saudi Arabia, which has good ties with all the parties that are directly involved in the project. This scenario is the most probable one.

The third scenario is that Mogadishu may try to internationalize the issue. This attempt is not guaranteed as although Somalia’s authorities are recognized, international powers and institutions are aware of the fragile security situation in Somalia. They are aware that the Somali government has not yet been able to ensure stability and security, but rather rely on foreign support to maintain security. On the other hand, they also know that Somaliland enjoys stability, a peaceful devolution of power and a better economic situation than Mogadishu. This makes it difficult to convince the international community to put the management of Somaliland’s resources in the hands of the South.