Why Crises Facing Doctors in the Middle East are Escalating 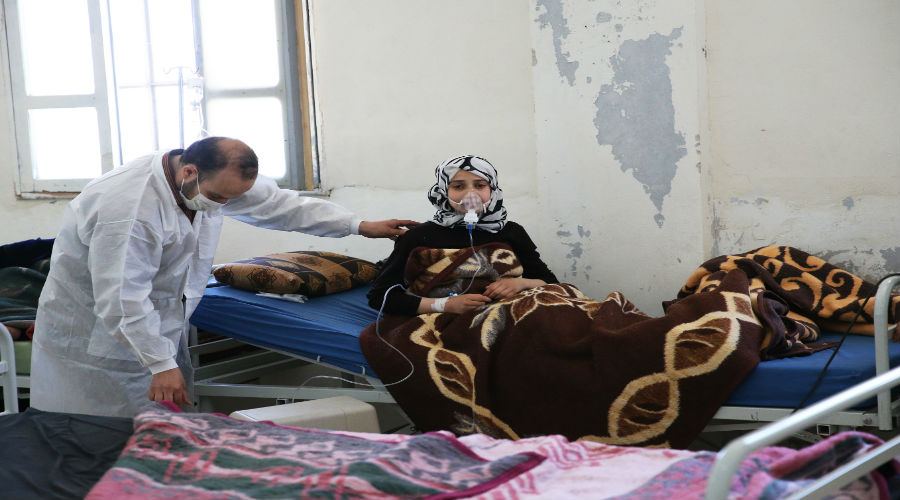 Crises suffered by medical doctors in several countries such as Tunisia, Algeria, Iraq and Turkey, escalated to varying degrees and in various forms due to several factors. These include delays in obtaining university degrees, intense outbound migration, working in geographically-isolated areas, systematic assassination, and stripping of citizenship due to disagreement in political views. But although these issues are segment-specific i.e. involve a certain segment of a certain society, they also reflect general societal symptoms.

Crises facing doctors in some Middle Eastern countries are multiple, and so are their which can be outlined as follows:

1- Delayed Issuance of Diplomas. This explains why Tunisian doctors protested at the ministry of health over the past four months. They held up banners protesting that "diplomas are held hostage" and "damaging training means jeopardizing patients". They also demanded diplomas be issued for doctors upon finishing seven years of basic medical studies.

However, according to the government’s reform plans angering young doctors, granting diplomas is delayed until they complete specialization, which can take up a total of 10 to 11 years. Due to this defect in implementing the government reform plan in the medical sector, young doctors will find themselves without diplomas in 2018 and will face the spectre of unemployment and be denied access to overseas training.

In a similar situation, in Algeria, young doctors are likely to expand their strike while ensuring that emergency care and rotating shifts are not disrupted. On January 24, a court ruling deemed their protest illegal, but they insisted on defying the competent authorities and about a thousand of them rallied in mid-February despite a government decision banning demonstrations in the capital.

2- Intense Outbound Migration is a problem suffered by doctors in Tunisia where public hospitals face administrative corruption and lack of investment, according to media reports. According to the Tunisian association of doctors, about a half of registered doctors in 2017 obtained necessary documents to practice medicine outside Tunisia, in what became to be known as the phenomenon of brain drain.

The main reason why these young doctors immigrate is that practices in some specialities such as radiology and nuclear medicine are dated back to the 1990s. Protests by doctors in Tunisia reflect severe issues in the healthcare sector, including a lack of training and capacity-building at government-run health institutions and archaic work practices, which creates a time gap preventing efforts to keep pace with developments in the field of medicine globally.

Given the continued crises of striking Algerian doctors, the French government issued a decree abolishing the requirement of equivalency certificates for foreign doctors to practicing in France. This encouraged more doctors to immigrate. An estimated 15000 Algerian doctors work in France now, with others leaving for European countries, the United States, Canada and Gulf countries.

On the other hand, media reports indicated that Algeria and Cuba signed an agreement during a visit by Algerian health minister Mokhtar Hasbellaoui to Havana a few weeks ago. The agreement will see more medical professionals go to Algeria in exchange for more oil for Cuba over the next three years. This produces mutual benefit for both countries, as it will mitigate protests in Algeria, on the one hand, and help address pressure on production in Venezuela, Cuba’s top oil supplier, on the other.

3- Working in Geographically-Isolated Regions. Since November 14, 2017, Algerian resident doctors, who complete studies at medical schools and are trained at educational hospitals, have been protesting a law by virtue of which the government imposes civil service on doctors who complete specialization and have them work between 2-4 years at remote areas, sometimes, before they are allowed to work at private clinics or have permanent jobs at public hospitals. On top of this, they should perform 12 months of compulsory military service. The independent national coordination committee of resident doctors considers the ministry of defense’ failure to exempt doctors from military service after the age of 30 as unconstitutional because it does not uphold equality for all Algerians.

During negotiations with the government, held on March 12, 2018, the committee asked for postponing a catch-up course, slated for March 18-April 12, 2018, for postgraduate medical studies, the culmination of specialized studies. The request was made after a series of negotiation rounds, or rather hearings, with representatives of the ministry of health in the previous weeks. Then protests returned to the streets with a string of semi-daily rallies organized in several provinces, and especially at Mustapha Bacha Hospital, the biggest health facility in the capital.

In other words, Algerian doctors threaten to disrupt specialization programs, where 1800 to 2000 resident doctors obtain specialization diplomas, according to government estimates. This prompted minister Hasbellaoui to warn, in press statements, of  "a white year". In this context, young doctors demand the legal status of residents be reviewed and consider the possibility of exempting those aged above 30 from military service just like other citizens.

But according to several views, the Algerian government suggest that it would negotiate with representatives of the doctors’ movement while at the same time seek to put and end to, or disperse the strike. This came especially after the administrative court ruled that the protests were illegal and ordered the removal of protesters from sit-ins. The duration of the strike sends out a certain message: that resident doctors will go on protesting until all their demands are met.

4- Systematic Assassinations. This is what Iraqi medical doctors and dentists suffered during 2017. In a number of Iraqi provinces, and especially Baghdad which teems with clinics, a number of doctors were assaulted or threatened to be targeted. A number of doctors in al-Sadr City and the al-Washash and al-Ma'amil districts were targeted in mid-2017 and the involved criminal gangs were arrested.

This forced doctors to adopt several mechanisms including closing and selling their clinics to move to other Iraqi areas, such as Kurdistan, planning to immigrate and leave the country. This is especially so because there are views that there is a plot to target highly-educated people and those with rare skills and specialties. This is reminiscent of the period marred by targeting doctors, military officers, engineers and university professors following the U.S. invasion of Iraq in 2003. Other doctors work secretly keeping a low profile.

5- Citizenship-Stripping. Evidently, this is what the 83,000-member Turkish Medical Association, which represents 80 percent of the country’s doctors, has suffered after being accused of spreading terror propaganda and provoking the public on social media. President Recep Tayyip Erdogan, on February 8, accused the the association of "treason" saying that "this organization has nothing to do with Turkishness and nothing about them is worthy of the notion of Turkishness."

Erdogan added that "a new law will ensure this group will not be able to use the notion of Turkishness, nor the name Turkey."  While details of the new legislation remain unclear, most reports indicate that membership in the association would no longer be a requirement to practice medicine in a private practice. The same happened to the association of lawyers, leading to more restrictions on movement of groups opposing Erdogan’s policies.

The statements came after members of the Turkish Medical Association publicly opposed the Turkish military operation launched on February 20 in Afrin, in north-west Syria. The Association condemned the operation saying "No to war, peace now and everywhere", angering the authorities which threatened to prosecute those who criticize the Turkish incursion aimed at cracking down on members of the Kurdish People's Protection Units, accused by Turkey of being a "terrorist" organization.

In a recent statement, the association said its "right to call itself  Turkish is enshrined in the constitution and reflects its service to the public good." It further said that "the comments made to discredit the association are met with sadness and amazement by conscientious, civilized people. We maintain our stance of being in favor of life and peace today, as we did in the past."

Following the statement, a number of the association's leaders were detained by the Turkish security forces. This raised concerns of the World Medical Association and Amnesty International which demanded protection for members of the association from violence and threats issued against them as well as the immediate release of prominent doctors.

In conclusion, the above-said issues facing doctors in a numbers of countries in this region reflect a failure to reform healthcare systems and failure of the civil service system. They also show a decrease in the numbers of medical professionals caused by targeted attacks, brain drain to the advanced countries, politicization of medical services as well as the role of armed conflicts in changing healthcare modalities in some countries in the Middle East and beyond.