A Preliminary Map of Political Coalitions in the Iraqi Elections 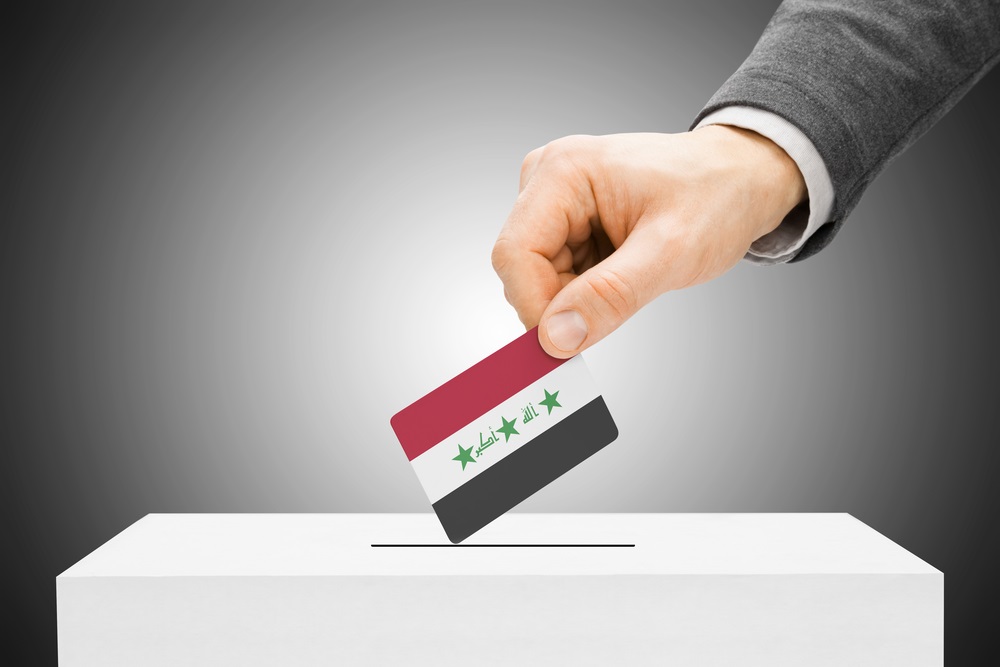 The map of Iraq’s political alliances has witnessed fundamental changes ahead of the legislative election to be held in May 2018. Although the boundaries between the main constituencies that reflect the governing pluralism of Iraqi society remain unchanged, the pre-election phase has seen an intense competition between political leaders and parties. The structure of alliances has changed, after the Supreme Federal Court ended the controversy over delaying the election, ruling that it must be held on time.

The Independent High Electoral Commission, which is responsible for polling in Iraq, announced the close of electoral coalitions’ registration period on Thursday, January 18, 2018. 27 electoral coalitions were approved. These coalitions comprise 143 political parties that will participate in the upcoming local and national elections, scheduled on May 12, 2018.

There are still several political parties that have not entered in electoral alliances, but have the right to participate individually. After the close of registration, the Electoral Commission called on the political parties to submit lists of candidates to the Commission, within a timeframe beginning on January 4 and ending February 10.

An estimated 24 million Iraqis have the right to vote in the upcoming elections, according to the Commission. They are divided into 18 constituencies equivalent to the number Iraqi governorates, each governorate accounts for 7 to 34 MPs according to the census of each governorate. There are additional eight seats for minorities, divided among five seats for Christians and one seat for Sabian, Yazidis and Shabak. Thus, the total number are 328 MPs for a four-year term. Polling will be conducted through a new electronic system to prevent vote-rigging. The Commission has opened hundreds of electoral centers to update voter registers.

The preparations for the Iraqi elections led to the emergence of a new map of coalitions, the official number recorded in the Electoral Commission is about 27 electoral coalitions, the most prominent are the following:

1 - Victory and Reform coalition is led by the Iraqi Prime Minister Haider al-Abadi, joined by several political parties and figures. The most important of which are the Virtue Block and Independent movement led by Hussein al-Shahristani, Reform movement led by Foreign Minister Ibrahim al-Jaafari, and Ataa bloc led by Faleh al-Fayyad. In addition, there are  Sunni political parties and figures, most notably the former defense minister Khaled al-Obeidi, leader of the Bayrak al-Khair and Mutahidun, led by the chief of the Sunni Waqf (endowment) Abdullatif Al-Humim and Al-Wafa, led by the Minister of Electricity, Qasim Al-Fahdawi. This coalition had previously included the Wisdom Stream led by Ammar al-Hakim, but it withdrew from the coalition.

2 - State of Law coalition is led by Vice President and former Prime Minister, Nuri al-Maliki, joined by several political movements, parties and figures, including: Center movement led by Mowaffak al-Rubaie, former Iraqi national security adviser, Youth movement led by Yasser Abdul-Sakhil al-Maliki, the Advocates of Islam - the organization of Iraq, led by Khudair Khuzai,  former vice-president of Iraq , Alnour - Intifada and Change led by Mohamed al-Hindawi, a member of the Iraqi Council of Representative , Together with Law, led by Mohammed Ja'az, the Civil party led by Hamed al-Moussawi, as well as the National Cultural Movement, led by Ali Wattout.

3 – Al-Fateh coalition comprises the political wings of the armed factions, whose representatives announced their resignations from the Popular Mobilizations Forces. It is led by Hadi al-Ameri, the head of Badr Organization. The most prominent political forces are:  Asa'ib Ahl al-Haq, the Islamic Supreme Council, Wafa and Change Movement, the Iraqi Hezbollah, 15th of Shaban Movement, Kataib al-Imam Ali (the Imam Ali Brigades), as well as some factions affiliated with the Yezidi sect.

4 – Sa’irun coalition: One of the most prominent parties participating in this coalition is Istiqamah party, which represents the Sadrist movement led by Muqtada al-Sadr. Other members of the coalition include the Iraqi Communist Party, the Fair State Party, Youth for Change, among others.

5 - The National coalition comprises Vice President Iyad Allawi, and the Parliament Speaker, Salim al-Jabouri, who founded the Civil Rally for Reform, Saleh al-Mutlaq head of al-Arabiya coalition, and others. This collation is seen as across-sectarian because it comprises diverse powers and figures.

6 – The Qarar al-Iraqi coalition is established by Osama al-Nujaifi former parliament speaker and Vice President of the current president, in cooperation with the businessman, Khamis al-Khanjar, who leads the Arab Project, in addition to the Minister of Planning, Salman Jumaili and other Sunni figures.

7 – The Homeland coalition includes the Democracy and Justice movement led by Barham Mohammed Saleh, Change Movement and the Islamic Group. The coalition is expected to run elections in Kirkuk and disputed areas.

8 – The Rafidain coalition consists of political parties and movements from the Christians, Assyrians and Chaldeans to represent the Christians in Baghdad, Nineveh and Kirkuk.

Electoral coalitions have witnessed several splits due to disagreements within political parties and forces, and cut-throat political competition. For example, the Islamic Dawa Party refrains from participating in the elections, but allows its members to participate in their personal capacity, not in the name of the party. The party formed a committee to monitor the elections, following the intensifying political rivalry among its members to such point that the most prominent leaders of the two rival coalitions in the elections are members of this party: State of Law coalition headed by leader of the party Nuri al-Maliki, and Victory and Reform led by Haidar al-Abadi.

The coalition between Victory and Reform led by Haidar al-Abadi and Al-Fateh coalition led by Hadi al-Ameri has only a few hours to endure, after Al Ameri’s withdrawal from Al-Fatah citing technical reasons. Also, the Wisdom Stream broke away from the Victory and Reform on January 29, 2018. Some analysts point out that the reason for such split was disagreements over the distribution of positions, which were denied by some close associates of the parties, citing instead disagreements over the sequence of candidates and their geographical distribution.

Currently, each coalition is trying to win over the greatest number of influential political forces and figures to strengthen its position in the elections. Changes in the map of alliances are likely to continue even after the announcement of election results. The two coalitions of Islamist Dawa Party may merge. Sectarianism and nationalism continue to be influential factors in the forging electoral alliances, thus, the Kurdish parties are likely to merge into one coalition.

Splits in electoral coalitions are likely to grow due to the presence of a big number of political parties and movements characterized by personalism and ever-shifting positions, depending on the achievements of their leaders.

Controversy over Postponement of Elections

Some political parties have demanded that the elections be postponed for six months or one year because circumstances are unfavorable for holding elections in Sunni governorates and areas liberated from ISIS control. That is because  the inhabitants of many of these areas have not been able to return to their homes, depriving these parties the votes of their traditional supporters. After their demand was rejected, they requested delaying the elections in the liberated governorates from ISIS until reconstruction and the return of their inhabitants, a demand that is supported by the Kurdish political parties.

In return, the Prime minister Haider al-Abadi and several Shi’ite political parties have reservations about this demand, as they want to take advantage of their popularity following the defeat of ISIS, restoration of ISIS- controlled territories, the successful handling of the Kurdistan separation crisis, and opening the anti-corruption dossier.

In the light of this controversy, 144 Iraqi MPs signed a petition calling for postponement of the elections, which was scheduled for discussion by the Council of Representatives on Thursday, January 18. However, it failed to pass a decision on the matter. The discussion was then deferred to Saturday, January 20, yet no decision was reached. Accusations flared between the political parties, which reject the postponement and those advocating it. Some MPs threatened to boycott the sessions, if the Council did not schedule the issue for discussion. Others boycotted them, protesting against raising the issue, as some of them want to remain in the Council for as long as possible fearing that they will not win in the upcoming elections.

The ruling issued by the Supreme Federal Court put an end to the controversy, in which the Court ruled against delaying the elections in a statement. The Supreme Federal Court, by agreement, made an interpretative rule on the provisions of article (56/ II) of the constitution, at the requested of the Council of Representatives on January 21, 2018. The court ruled that the period specified in the article should be observed for the election of the new members of the House of Representatives and not be altered.

In conclusion, shifts in the Iraqi political landscape are likely to continue with the changing map of electoral coalitions amid ongoing differences between political leaders and major parties and movements, as each seeking to secure the majority of votes, overcome political opponents, and solely represent the main components of Iraqi society.