Why Iran's Pasdran Pursues a Strict Policy towards Dual Citizens? 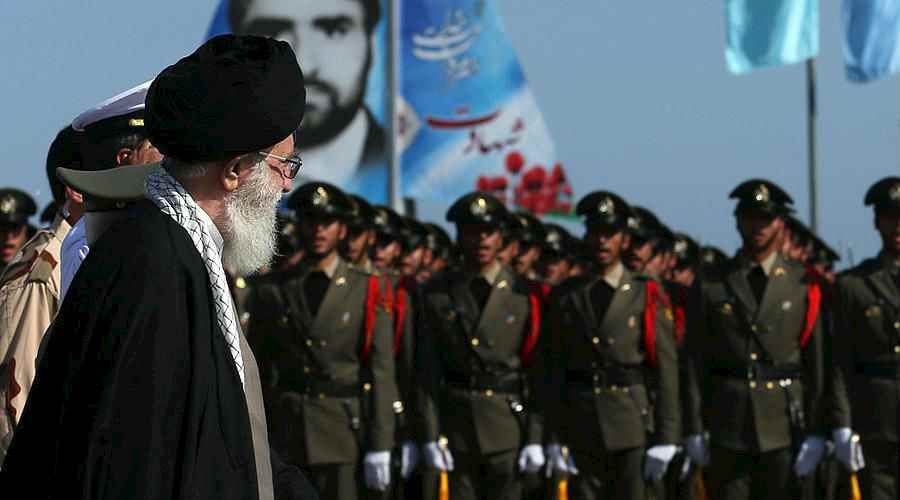 The nuclear deal, reached in mid-July 2015, has contributed towards improving relations between Iran and the world powers, especially after some of them signed new economic deals with Tehran. However, this has not driven Iran to change its policy on pending issues regarding dual citizens and foreigners recently detained over charges of spying or attempting to topple the regime.

Several reports indicate that the Iran’s Revolutionary Guards Corps (IRGC) has arrested more than thirty Iranian dual citizens after the nuclear deal was sealed, up from ten. Nineteen of these have European citizenship, while previously most those arrested were American-Iranian dual nationals.

Several views have it that this was due, in part, to Iran’s non-recognition of dual citizenship, which puts more restrictions and pressure on the detainees and push world powers to pursue a cautious policy towards the issue. Despite this, there are other factors that can explain Iran’s persistence on pursuing a strict policy towards this issue in particular that is not only driven by its relations with world powers, but also with the ongoing disagreement among its key institutions, especially the IRGC and the government, about several issues relating to the nuclear deal.

The increasing cases of dual citizens in Iran can be explained in light of the following main considerations:

1- A Need for Pressure Cards: Iran has always sought to enhance its position in negotiations and looked for pressure cards that it can use during interactions with world powers, and the United States in particular. It exploited the keen interest of US Administration of Barack Obama in increasing the chances of reaching a nuclear deal to put pressure on it and elicit as much benefits as possible from the deal.

Interestingly, Iran and the United States reached a deal to swap prisoners on January 16, 2016 at a time when the international sanctions against Iran were lifted after the International Atomic Energy Agency certified Iran’s compliance to the terms of the deal.

This goal in particular appears to be of special importance for Iran. That is because of escalating tensions with the United States after the Trump administration announced its new strategy for countering threats posed by Iran's Nuclear programs and its regional role and an increasing possibility that it might withdraw from the nuclear agreement at a later stage stressing that the nuclear deal didn't serve American interests.

2- Preserving Economic Interests:  The IRGC appears to continue to believe that the nuclear agreement might impose negative consequences on economic interests, especially after several foreign companies such as Total entered the Iranian market. Hence, the IRGC may seek to pursue a more strict policy on this issue in particular to push these companies to refrain from entering into economic deals with the Iranian government.

In other words, the IRGC is trying to block the efforts of President Hassan Rouhani’s government to get all possible economic benefits through deals that can impact the economic activity of the IRGC’s companies.

Although it can bring more economic pressure on Iran, the move is not without benefits for the IRGC. Most importantly, it would give special importance to its view of the agreement, that the benefits Iran has received are not comparable with the concessions it has made to reach it. These include reducing uranium enrichment, decreasing the number of centrifuges, open nuclear facilities for inspections and change the core of the Arak reactor.

3- Weakening the Government: The Pasdaran is also trying to highlight that the government is not able to solely determine the directions of relations with world powers, especially after the nuclear deal. This is in light of concerns voiced by the IRGC commanders over the possibility that the government would exploit this situation to open backdoor communication channels with some world powers, and the US in particular, and hold negotiations on non-nuclear issues, such as ballistic missiles, seen as the most prominent pending issue between Iran and the international community.

Interestingly, the IRGC arrested Nizar Zakka, a Lebanese permanent resident of the US in September 2015, although he visited Iran on an official invitation from Rouhani’s vice president for women and family affairs, Shahindokht Molaverdi to participate in a conference on women’s role in sustainable development. It was a sign that the government cannot intervene in this issue despite its impact on political relations with world powers for the improvement of which Rouhani’s government made strenuous efforts over the past two years.

But this policy can cause negative repercussions for Iran in the coming period. Not only will it weaken the government’s ability to attract more Western investments again, after they had fled Iran due to the international sanctions against it, this will also cause convergence of opinions between these world powers about the best mechanisms to deal with Iran.

In other words, this issue may cause convergence between the positions adopted by these powers and the the new policy pursued by the US Administration of President Donald Trump on Iran. This is especially so after these powers started to recognize the risk of relying solely on Iran’s compliance to the nuclear deal while overlooking the negative impact of its continued intervention in the internal affairs of states of the region and its role in crisis-hit countries. This had led to further exacerbating regional conflicts and gave an opportunity to terrorist organizations to expand in some of these states.

Hence, this issue can, in the coming period, become a center of interactions between Iran and these powers after they became aware of the risk of being keen on not raising the issue with Tehran which keeps looking for pressure cards for bargaining with these powers.