How are MENA Political and Security Tensions Impacting Oil Prices? 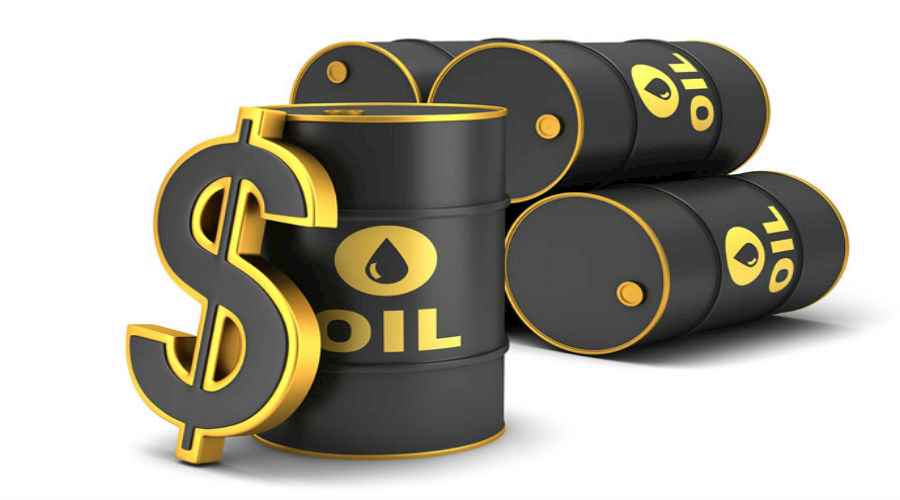 Global concerns are rising over the potential disruption of, or decline in oil supplies from some crude producers in the Middle East and North Africa (MENA). These concerns are driven by a widening security turmoil in producing countries such as Libya, escalating tensions between the Iraqi Kurdistan Region, on the one side, and the Iraqi government, Iran and Turkey, on the other, over the region’s independence referendum held on September 25, as well as an increasingly widening rift between the United States and Iran over the 2015 nuclear deal. Consequently, uncertainty about the future of this region has given rise to views that global oil prices are likely to be impacted by the current situation.

Over the past period, regional turbulence have impacted Brent crude prices to varying degrees. While oil markets ignored US President Donald Trump’s string of threats to Iran and the escalating turmoil in Libya in August, Kurdistan’s referendum was quick to significantly drive oil prices up because it stirred fears of a conflict between the Kurdistan Regional Government (KRG) and the central Iraqi government in Baghdad that can very well affect oil production in the country’s north.

However, it is evident that the impact of political tensions in the region on oil prices remains marginal and fast-fading, leaving prices hovering around US$50 a barrel or a little higher. This weak impact can be explained through these two factors:

Firstly, compared to the situation five years ago, serious threats to MENA’s oil industry have petered out. Although in Libya threats posed by local militias can halt production at some oilfields, the authorities manage to overcome resulting turbulence often within two weeks. Moreover, Iran continues to enjoy access to global markets and has become a major oil exporter to Asian countries such as South Korea despite the US Administration’s frequent threats to withdraw from the nuclear deal.

Despite its strong opposition to Kurdistan’s independence, Turkey is not likely to carry out its threat to impose comprehensive economic sanctions against Kurdistan. Turkey’s potential sanctions include cutting off the pipeline that carries oil from northern Iraq to the outside world via Turkish port of Cihan which represents a significant source of energy supplies for Turkey itself and neighboring countries. Moreover, Russia has become a key partner to Kurdistan’s oil industry and can preserve its interests in the Region by putting pressure on, or holding talks with Kurdistan’s neighboring countries.

Secondly, the dynamics of global oil prices started to change in late 2014 due to a global glut in crude caused by an oversupply from producers outside the Organization of the Petroleum Exporting Countries (OPEC) despite low global demand. This has reduced the impact of a potential decline in oil production in the Middle East. The International Energy Agency cut its global oil demand forecast for both 2016 and 2017. Although oil supply remains strong by the hand of OPEC, it predicted the market unbalance will persist for much longer. For the second half of 2017, global oil supply stood at 96.1 million bpd, while demand averaged 96 million bpd, and he glut was expanded by 4.6 million bpd in stocks held by major economies.

Renewed escalation of political and security tensions across the MENA region, in the wake of the outbreak of the Arab Spring revolutions, stirred fears of a potential oil-supply disruption or decline and even caused, frequently, a decline in production.

In Libya for instance, production at major oil fields was shut down several times this year impacting the country’s ability to maintain stable production. According to the National Oil Corporation, Libya’s crude production has fallen by 360,000 barrels per day after armed brigades blockaded pipelines and closed the Sharara, El Feel and Hamada oilfields.

Similarly, in Iraq, Kurdistan’s referendum captured the attention of oil markets because the autonomous region produces about 600,000 barrels per day and could hold 45 billion barrels of crude reserves, more than OPEC member Nigeria, according to KRG data. Moreover, due to an already simmering dispute between the KRG region and the Iraqi central government in Baghdad over the oil-rich and multi-ethnic province of Kirkuk, now seen as shaping up as a possible flashpoint of a conflict damaging oil production in northern Iraq.

Moreover, based on US President Trump’s statements delivered on several occasions, his Administration appears to be serious about its inter-agency review of the nuclear deal reached between Iran and the P5+1 group of world powers in mid-July 2015. US withdrawal from the deal can threaten the economic gains made by Iran over the past period and consequently its oil exports to global markets.

Political tensions in the Middle East impact global oil prices in varying degrees. For instance, while the markets remained unaffected by renewed  tensions in Libya in late August, with Brent crude prices continuing to dip, crude prices were more sensitive to Kurdistan’s September 25 referendum, with Brent crude going up by $2.16 a barrel, or 3.8%, to reach $59,02 a barrel, its highest since July 2015. The spike of the international oil benchmark was driven by fears of a potential deterioration of the security situation in Kurdistan due to its bid to achieve independence. However, the varying, marginal and fast-fading impact of Middle East political tensions on global oil prices is driven by global variables the most important of which speculation, plentiful supply and global oil stocks.

That said, overall, it can possibly be concluded that the impact of tensions in the Middle East varies according to the situation dominating oil markets. That is, when markets are hit by a deficit in oil supply, these tensions can drive prices up, due to fears of disruption to supplies. In the case of oversupply, now dominating the market, tensions are not likely to have a significant impact, due to the fact that consumers can ensure adequate supplies from other producers, which is the case now where consuming countries are more capable of diversifying their sources of supply and gradually became more reliant on producers such as the United States, Russia, Brazil and Canada, in addition to producers in the Middle East.