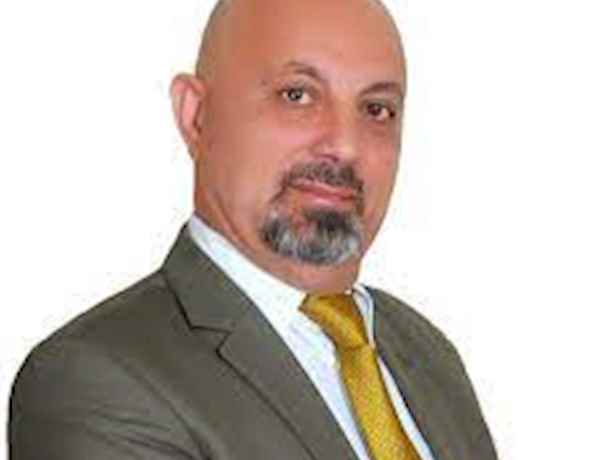 Turkish diplomacy seems to have entered a new political phase. This new phase, as described by Prime Minister Binali Yildirim, seeks to “increase its friends and decrease its enemies,” implying that his predecessor Ahmet Davutoğlu is responsible for the tension and the regional isolation undergone by Turkish foreign policy over the past few years. Turkey has ridden the wave of the Arab Spring revolutions and sought a regional role amidst the dramatic developments witnessed by the Arab world. But Ankara soon discovered that its calculations lacked accuracy and have immersed the country in a structural crisis at multiple levels.

On June 28, 2016, Turkey and Israel signed a deal to normalize relations after a six-year rift over the attack by Israeli troops on the Turkish aid ship, Mavi Marmara, in May 2010. Israeli commandos killed 10 Turkish activists on board of the ship that was part of an aid flotilla attempting to breach the blockade of Gaza.

Reasons behind the Turkish Detour

Turkey’s new path seems to emerge from a series of factors, including:

1- Turkey’s foreign policy, especially with regards to the Syrian Crisis, has reached a deadlock. In light of Russian military interference in Syria and the US-Russian agreement to find a political solution to the crisis, Turkey can no longer stick to its previous strategy aimed at toppling the Syrian regime, establishing a safe security zone or relying on armed factions to achieve Ankara’s goals.

2- Turkey has become aware that it is no longer feasible to embrace an ideological dimension in its foreign policy by supporting Political Islamist movements, namely Muslim Brotherhood factions, in the Arab world. That approach has inflicted huge losses on Turkish diplomacy as foreign policies should not be based on ideologies, but rather on mutual interests and in the spirit of honoring international relations.

3- Turkey feels that its previous policy has led to the emergence of serious risks to its national security with the rise of Kurdish forces in Syria and Iraq and their spread to Turkish territory as a threat to the State’s structure. Most importantly, Kurds took advantage of the tensions in Turkish diplomatic ties and got closer to the US and Russia. Therefore, Ankara is now compelled to open up in order to curb the Kurdish rise and make use of international relations to face attempts to establish a Kurdish state that would affect Turkey the most.

Assessment of the Turkish Deal with Israel

When Israel attacked the Turkish aid ship that was heading to Gaza to lift the blockade on the Strip and killed 10 Turkish activists in May 2010, Ankara imposed four conditions to reconcile with Israel: sending a written apology to Turkey, paying compensation to the victims’ families, lifting the blockade on Gaza and forming an international commission to investigate the Israeli attack. Although Turkey renounced the last condition, Israel did not accept these conditions. With time, and after several rounds of undisclosed and public negotiations, Israel managed to reach an agreement on its own terms. Below is how Israel dealt with Turkey’s conditions:

1- Concerning the apology, the Israeli Ministry of Foreign Affairs refused to issue an apology in a written statement on its website. Israel had thus offered an oral apology in a telephone conversation between Benjamin Netanyahu and Recep Tayyip Erdogan when US President Barack Obama was about to leave Tel Aviv on March 22, 2013.

2- The deal was brokered without lifting the blockade on Gaza; it was limited to giving Turkey the role of providing humanitarian aid and services to the Gaza Strip through the Israeli port of Ashdod, already dedicated to transmitting aid to Gaza.

3- Compensation to the victims’ families fell short on the initial Turkish condition that demanded 100 million USD. The deal reached would see Israel pay 20 million USD in compensation, provided no legal action is carried against the Israeli soldiers and officers who attacked the Freedom Flotilla.

Although the deal was brokered under the terms mentioned above, Turkey considered it as a political victory as it carries several advantages, mainly:

1- The deal puts an end to the political tension with Israel and would start a new chapter between both parties in the hope to regain a former ally and make use of Israel’s role in the ongoing regional developments.

2- The deal marks a new beginning for Turkish diplomacy and is concurrent with the apology letter sent by Turkey to Russia in the hope to settle differences with Moscow, which shows that Turkey is hastening towards opening up broader diplomatic prospects. This same approach might be applied in the upcoming days with Egypt and the Syrian regime after hearing news about Algeria’s mediation between Ankara and Damascus.

3- Turkey hopes the deal would position it as a passageway for the transportation and export of gas from the Mediterranean Sea to Europe. Such an arrangement needs political determinants, especially after the emergence of a bloc between Egypt, Greece, and Cyprus based on collaboration on oil and gas projects in the Mediterranean.

4- Military, intelligence, and security partnerships have been the pillars of Israeli- Turkish relations since Turkey hastened to acknowledge the State of Israel in 1949 and then signed a series of security and military agreements with Israel. Turkey even gave Israeli air force access to Turkish airspace in 1996 in an attempt to buy more Israeli drones to fight the Kurdistan Workers' Party (PKK).

1- Reaching an agreement with Turkey to export Mediterranean gas through Turkey’s well-established infrastructure and its geographic proximity to Europe.

2- Resuming previous military relations as Israel is one of the leading exporters of weapons and military equipment to Turkey and collaborates with Ankara in military intelligence, security, information and frequent military training. This collaboration might constitute an essential requirement for the Israeli military institution.

3- Striking a blow against Hamas by dismantling Turkey’s ties with the Palestinian movement after many Hamas military, political and security leaders had settled in Turkey. Furthermore, Israel aims to push Ankara to change its stance towards Hamas, in particular, and the Palestinian Cause in general, after Erdogan intensified his supportive discourse and repeatedly stressed that his country would not abandon the Palestinian cause even if the whole world does. Israel may have achieved substantial gains in this regard as the deal did not result in the lifting of the blockade on Gaza and stipulates that all Hamas military and security activities in Turkey end. The deal also calls for the expatriation of many Hamas leaders, namely Saleh Al-Arouri, who is accused by Israel to be behind Hamas’ military activity in the West Bank.

The first phase following the Turkish-Israeli deal will see a series of steps aiming to regain trust between both sides, including the ratification of the deal in parliament, the exchange of ambassadors, the signing of several economic, military and commercial agreements between both states and the return of Israeli tourists to Turkey. It is true that the next phase will depend on the development and regional repercussions of the renewed ties. However, Turkey has many regional goals, mainly:

1- Besides normalizing relations with Israel, Turkey seeks to maintain good relations with Hamas to promote its role in Gaza, competing thus with Egypt, and strengthening its stance in reconciling with Egypt. However, Turkey is on a perilous path for two reasons. First, the steady historical role performed by Egypt with regards to Gaza, of which Israel is not ready to let go, and second, the repercussions of the Turkish detour on Hamas in light of the movement’s alleged splits over the deal and the abandon of the call to lift the siege.

2- The deal coincides with Turkey’s turning towards Russia that expects Ankara to make certain moves regarding the Syrian crisis, mainly closing its borders to armed factions and stopping their weapons supply. Such a move would isolate Turkey from the Syrian crisis. However, such isolation would require a change in Turkish policy as well as the replacement of all Turkish entities and officials in charge of the Syrian file, including the head of Turkey’s intelligence agency, Hakan Fidan (some news report indicate that Fidan has been relieved of his duties following the signing of the deal).

3- Although said repercussions would be agonizing for Turkey’s policy, Ankara and Tel Aviv have agreed that the deal would allow both parties to strengthen their stances in regional affairs, especially in the face of Iran. The path undertaken by Turkey and Israel brings them closer to Russia, which has recently supplied Iran with an S-400 air defense missiles system and marks a new step in countering Iran’s efforts to make use of the regional developments after brokering the nuclear agreement with the West. The Turkish-Israeli deal creates a new reality that is also attracting the attention of Arab Gulf countries and Western states alike as it represents a path leading to a new regional vision in the region.

The Turkish-Israeli reconciliation represents more than just bringing the warmth back to relations between both sides; it is a new regional path that will be determined further by major regional interactions and transformations in the Middle East.