Why Is Hamas Seeking Stronger Relations with Iran? 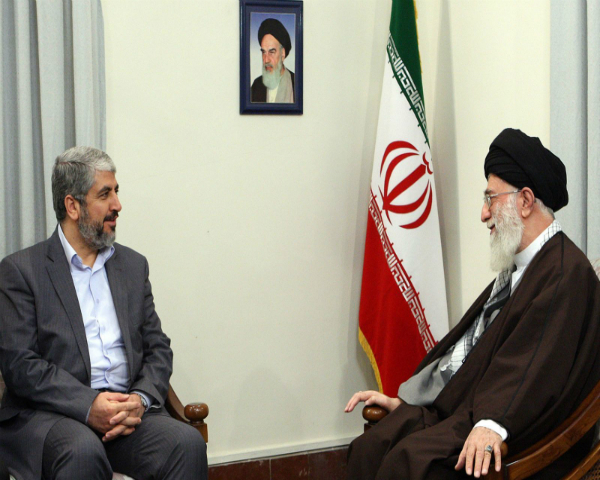 The Islamic Resistance Movement (more commonly known as Hamas) has recently intensified its efforts to enhance its relations with Iran, especially after President Hassan Rouhani was elected for a second term. It also seeks to invest favorable official attitudes inside Iran where most mainstream political parties are urging for what they believe is necessary support to some organizations operating across the region, including the occupied Palestinian Territories, and resume full-fledged relations with Hamas.

Indications that Hamas seeks to bolster its ties with Iran and that Iranians were responsive with the Movement’s bids can be summarized as follows:

1- A high-level delegation from Hamas recently visited Iran to participate in President Rouhani’s inauguration. The visit shows that Hamas was keen on capitalizing on the event to push relations forward with Iran.

2- An influential internal political current led by high-profile Hamas leaders, primarily Ismail Haniyeh and Mahmoud al-Zahar, embraces the view that more realistic and pragmatic relations should be built with pivotal regional powers, including Iran, and that Hamas should diversify its tools at the regional level while not placing all its bets on just one ally in the current complicated regional environment.

3- In early May, 2017, Hamas unveiled a new policy document presenting its realistic regional policies and emphasizing an interest in opening up to “different states in the world”, implying a keen interest in building strong relations with major regional powers, including Iran.

4- Tehran has been responsive to movements made by Hamas. This was evidenced by a series of statements by senior Iranian officials calling for restructuring  Iranian interests with Palestinian partners, bolstering Iran’s role in the Palestinian Territories, through Hamas in particular, while at the same time continuing to promote relations with the Islamic Jihad Movement as well as the Gaza-based al-Sabireen Movement for Supporting Palestine, which has strong ties with Iran.

Efforts by both Hamas and Iran to promote their ties can be explained by several motives of which the following stand out:

On the Hamas side

1- Hamas recognizes that current challenges require it to adopt realistic policies and diversify regional alliances so as not to be confined to a sole ally. It should be noted that Hamas currently embraces this logic through a group of agreements. Hence opening up to Iran is in line with Hamas’ current general regional movements.

2- Hamas seeks to draw the Israeli government’s attention to the fact that its newly-revived  relations in the region, whether with Turkey or Iran, are proof that the Movement is able to address challenges, including the Israeli blockade.  Hamas is keen on sending a message that it can diversify its international alliances so as to restrict Israel’s movements and push it towards reconsidering its current policies against Hamas and Gaza Strip and give serious thought to the negative consequences of any potential Israeli aggression against Gaza Strip.

On the Iranian side

3- Iran seeks to focus again on the Palestinian issue through its relations with Hamas. Its aim is to recover its role in the issue, especially because other regional actors are playing an increasingly role, and make sure that it has a pressure card that it can use, when necessary, to serve its regional interests.

4- Iran wants to promote its current and future relations with a Sunni movement the size of Hamas to improve its relations with Arab states, and mitigate the Sunni and Arab rejection of Iran’s negative interference in the internal affairs of Arab states such as Syria, Iraq and Yemen.

5- Iran wants to use the Palestinian forces again as a bargaining chip against both Israel and the United States, especially because Israel is increasingly highlighting the importance of reconsidering the 2015 nuclear deal and imposing more sanctions on Iran. That is why Tehran believes that it is important to gain effective leverage that can be used against Israel to deter it from making adversary movements against Iran.

6- Iran wants to diversify its web of relations inside the Palestinian Territories. That is, in addition to historic ties with, and economic aid to the Jihad Movement, Tehran seeks to bolster its ties with Hamas. One of the goals of this bid is to also resume its economic aid to Hamas.

7- The Iranian government wants to tilt the balance in favor of a supportive political current inside Hamas. The influential current includes high-profile political and military leaders backing the view of building unique relations with Iran. Their bid is driven by fears that the opposing current is working towards other options including stronger relations with Arab states at the expense of ties with Iran.

Hamas’ current efforts to promote its relations with Iran are facing several challenges of which the following stand out:

1- Hamas’ probable failure to manage its relations with multiple parties in the region. That is, strengthening its relations with a certain party might readily lead to the Movement’s loss of support from another party. This view is supported by the fact that there is another current inside Hamas that calls for a clear determination of the Movement’s options and alliances so as not to leave the situation open-ended because this means the cost would be high for the Movement.

2- Regional rivalry between Turkey and Iran of which the Palestinian issue and relations with Hamas is a key aspect. The longtime rivalry, which is currently witnessing cooperation with regard to the Kurdish cause, might push either state to pressure Hamas for moving closer to the other state’s camp.

It can possibly be concluded that the current relations between Hamas and Iran are likely to significantly improve in the coming period, with Iran focusing on supporting Hamas financially while also developing the capabilities of military wing the Izz ad-Din al-Qassam Brigades, a bid that will cause concerns in Israel. Because Iran is likely to intensify its support to Hamas to push it closer to its camp, Tehran may very well capitalize on the resulting atmosphere and invite a delegation led by Hamas' political bureau chief Ismail Haniyeh to visit Tehran in the near future.