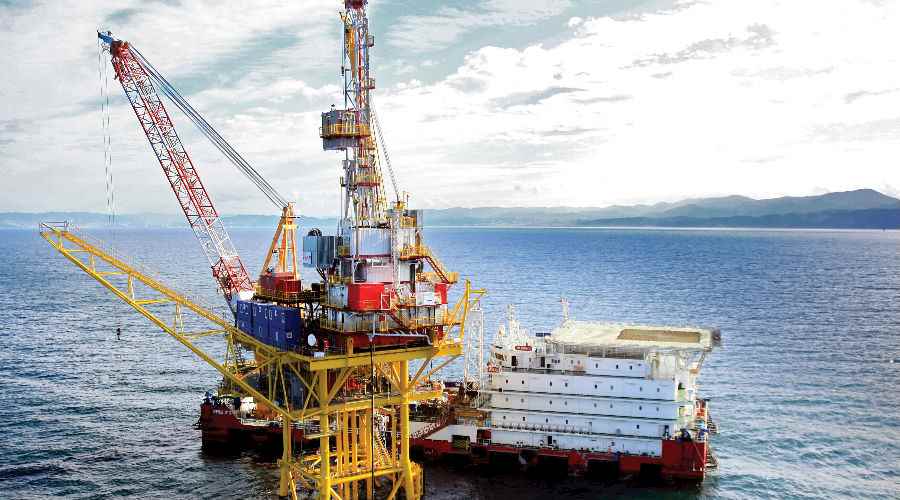 Turkey has recently launched vigorous efforts to increase its domestic oil and natural gas production to meet its domestic demands. The ongoing problem of reliance on energy imports to meet the majority of its increasing demand has become a key determinant in Turkey’s foreign policy. It is even driving the country’s push towards convergence with the world’s biggest two gas exporters, especially Russia.

Over the recent years, the Turkish oil and gas sector witnessed a surge in exploration and prospection, exploration and drilling activity in the country's south-eastern regions. Onshore, foreign companies discovered giant reserves of shale gas near Diyarbakır City. As a further step, the Turkish government has recently intensified prospecting for offshore oil and gas resources in both the Black Sea and the Mediterranean Sea.

Turkey’s new effort bears three key indication. Firstly, Ankara wants to consolidate its international influence, especially because global investments shifted their priority in favor of the strategic regions. Secondly, Ankara is keen on narrowing the gap between domestic energy consumption and production. Thirdly, Turkey seeks to preempt attempts by the Greek part of Cyprus to increase its oil and exploration operations in the Mediterranean Sea.

According to the US Energy Information Administration (EIA), Turkey’s proven oil reserves do not exceed 312 million barrels, which is why its daily production was as low as 62000 barrels per day in 2015. Natural gas reserves stood at 177 billion cubic feet, with production in 2015 standing at only 14 billion cubic feet.

Despite the limited outlook for its oil sector, the huge oil and gas reserves in countries temp Turkey to continue exploration for oil resources. In regions to the west of Turkey, oil reserves in Greece’s territorial waters in the Aegean Seas and Ionian Sea are estimated to be 26 billion barrels. In Cyprus, Israel and Lebanon, which lie to the south, discovered natural gas reserves are very promising. In Azerbaijan, which lies to the east, exploration for gas in the Caspian Sea has yielded encouraging results.

Encouraged by the Turkish government, several local and foreign companies launched drilling and exploration operations across Turkey, especially in the south-eastern provinces, near the Iraqi, Iranian and Syrian borders, where potential oil reserves are located. Moreover, in early 2012, state-owned Türkiye Petrolleri Anonim Ortaklığı (Turkish Petroleum Corporation or TPAO), in a joint venture with oil giant Royal Dutch Shell started exploration for gas in Anatolia. Moreover, to date, Royal Dutch Shell and other oil companies have drilled around 100 oil exploration wells in Turkey.

According to the Turkish Association of Petroleum Geologists (TAPG), Turkey also has promising shale gas reserves estimated at 13 trillion cubic feet in Thrace, in the west, as well as in east and southeast Anatolia, of which only 1.3 trillion cubic feet can be produced. However, the huge potential attracted foreign companies, as Royal Dutch Shell and Turkey’s TPAO starting exploration at Saribugday 1 field near Diyarbakir in the south-east in 2013, which estimated to have 6 billion cubic meters of shale gas reserves.

In addition to these areas, Turkey launched oil and gas exploration operations in its territorial waters in the Black Sea. Furthermore, in 2015 Royal Dutch Shell and TPAO entered into another partnership to increase exploration in the west of the Black Sea with investment estimated at USD 296 million.

To further its push for oil and gas resources, Turkey started exploration in the eastern Mediterranean in April 2017 using a Turkish drilling vessel. In the same month, Turkish Energy and Natural Resources Minister Berat Albayrak, said the government will continue its search in its territorial waters and will buy a drilling vessel this year “to carry out drilling activities in the seas, with two in the Black Sea and two in the Mediterranean Sea each year for the first time in history.”

Through its ongoing exploration and drilling activity in the Black Sea and the Mediterranean Sea, Turkey seeks to achieve three goals that can be summarized as follows:

1- Consolidating Global Influence. The ongoing efforts to exploit energy resources in the eastern Mediterranean Sea and the Black Sea are part of a strategy developed by the government to turn Turkey into a global hub for energy. Currently, Turkey cooperates with Russia and Azerbaijan to complete TurkStream, a natural gas pipeline, and the Trans Anatolian Natural Gas Pipeline Project (TANAP) to carry natural gas to Europe.

2- Meeting Growing Demand. Without a doubt, Turkey’s ability to make progress in oil and gas exploration will contribute towards narrowing the gap between domestic consumption and production. At present, domestic resources meet only 26 percent of total demand for energy. According to BP’s Statistical Review of World Energy released in June 2017, Turkey’s consumption in 2016 reached 137.9 million tons of oil equivalent (mtoe), a 4.5 percent increase from the previous year (131.9 mtoe).

3- Confronting Rivals. The Turks’ intensified gas exploration activity in the Mediterranean sends clear messages to Greek Cyprus that Turkey too has interests in exploring for energy around the eastern Mediterranean. In July 2017, Turkey put pressure on the Greek Cypriots to dissuade French oil major Total from drilling exploration wells off the coast of the island. On July 13, Turkey sent two ships and a submarine to monitor the "West Capella" drilling vessel, which was contracted by France's Total and Italy’s Eni, when it moved into position in the eastern Mediterranean to start exploring for gas. A week later, on July 20, Turkish Prime Minister Binali Yildirim warned that Ankara would continue to protect the rights and interests of Turkish Cypriots.

Turkey’s ongoing efforts to expand drilling and exploration operations can lead to the discovery of proven commercial oil and gas reserves, in the Mediterranean Sea and the Black Seas in particular. However, these efforts may face several challenges of which the following stand out:

Firstly, exploration in the Mediterranean Sea carries geopolitical risks. Amid the long-standing dispute with Greek Cyprus over sovereignty and related rights in the area of the Aegean Sea, companies are less willing to invest off the coasts of both countries.

Secondly, the dramatic decline of global oil prices has slowed down the pace of drilling and exploration projects across the world. The Organisation of Petroleum Exporting Countries (OPEC) estimated that the global oil and gas industry lost more than USD 300 billion between 2015 and 2016 due to the fall in oil and gas exploration and production spending.

Thirdly, investment in south-eastern provinces is currently difficult due to escalating military confrontations with the outlawed Kurdistan Workers' Party (PKK).

In conclusion, it can possibly be argued that although Turkey has launched a new era of development of its energy sector to achieve geopolitical and economic goals, its relevant efforts would face various challenges arising from the volatile global environment in the oil industry as well as the increasing geopolitical risks facing investments in this industry.