How does the Saudi-Russian Rapprochement affect Oil Markets? 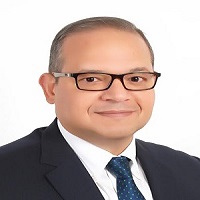 The Organization of Petroleum Exporting Countries (OPEC) and oil producers outside the organization led by Russia reached an agreement, last May, to extend oil production cuts until the end of March 2018, to maintain market stability. This agreement is considered outstanding due to its coverage period of more than nine months from the original conclusion date, in last November. The countries agreed to slash oil production by 1.8 million barrels per day until the first half of 2017.

This latest accomplishment is a clear indication of a new approach to cooperation between Saudi Arabia and Russia, especially in the energy sector. This was clearly emphasized by Prince Mohamed Bin Salman, Saudi Arabia's crown prince, after meeting with Russian President Vladimir Putin in Moscow on May 30, stating that the Kingdom and Russia achieved a lot together, and there is still more to accomplish, and that there are no inconsistencies between the two countries with regard to the oil market.

On his part, the Russian President thanked Saudi Arabia for its efforts to achieve cooperation between OPEC and oil-producing countries outside the organization, pointing out that this cooperation was remarkable, and it helped stabilize the global energy market. In addition, cooperation between Moscow and Riyadh has reflected positively on the growth of trade between them in an unprecedented way, rising by 130 percent this year compared to last year.

Ongoing cooperation between Saudi Arabia and Russia overcomes the negative impacts of the first attempt of cooperation to reach a joint agreement following OPEC’s meeting in December 2014. This attempt was after 6 months of falling oil prices below USD 100 a barrel, revealing the depth of disagreement between the two sides at that time. The Russian side, at that time, said that it would maintain output levels unchanged even if oil prices drop to USD 20 per barrel, while Saudi Arabia’s oil minister then, Ali Al-Naimi, affirmed that Russian oil production would collapse due to declining prices.

Nevertheless, several economic factors pushed Riyadh and Moscow to strengthen cooperation and reconcile viewpoints to reach a common ground. On one hand, the decline of oil prices, at a time when both countries needed to increase government spending, led to growing government budget deficits. On the other hand, given the leading role of the energy sector in Saudi Arabia and Russia’s economic growth, declining prices led to negative repercussions in terms of continued economic slowdown, with negative impacts on employment.

It is important to contextualize the timing of this rapprochement with the domestic scene in both countries. With the upcoming 2018 Russian presidential elections and the implementation of Saudi’s crown prince Vison 2030, both countries have had to cooperate to avoid any further negative shocks on future oil prices, to ensure improved and stable economic conditions and boost the drivers of economic growth.

However, during the past decade, the US shale oil played a growing role in increasing U.S. crude supply by about 1 million barrels each year, imposing an imminent threat as a competitor to conventional oil. The ongoing production of Shale oil would further contribute as an essential factor to the decline of oil prices, the growth of non-hydrocarbon energy supply, and energy efficiency efforts globally.

The decision by major oil-producing countries, unlike the United States, to maintain production levels despite the drop in oil prices over the past four years, can be attributed to a major concern. That is their desire to pile pressure on the US shale oil producers to drive them out of the market and decrease their output by making it economically unfeasible due to its high cost of production.

Indeed, these relative pressures succeeded in reducing the US production temporarily, but shale oil production rose again recently because of several technical and financial factors that allowed the producers to bring down the production costs and improve its efficiency. Thus, US shale oil earns a high latitude in raising and lowering production levels, according to market factors, enabling companies to operate efficiently at lower prices compared with the situation a few years ago.

Repercussions of the Crises

The current crises in the Middle East play uncertain and complex role in the global oil and natural gas markets due to the subtle relations between Russia and certain parties in these crises in the energy sector. Russia has been the main exporter of natural gas to Europe, covering about 30 percent of its needs. However, as the Ukrainian crisis unfolded and Europe imposed economic sanctions on Russia, the Qatari’s liquefied natural gas (LNG) emerged as an alternative to the Russian natural gas supplies to Europe. Yet, with the ongoing crisis in Qatar, there will be a potential rise in the cost of transportation and insurance of the Qatari LNG. This might lead to a cut off in the LNG supply, making it less appealing. Accordingly, the significant importance of the Russian gas and Russian pipeline projects to Europe will be maintained in the upcoming phase, despite the political disputes between Russia and European countries.

On the other hand, Qatar has recently worked on the expansion its investments in the Russian oil sector. Qatar Investment Authority, in conjunction with Glencore (in which Qatar owns a majority share), bought 19.5 percent of Rosneft, Russia's biggest oil company, worth USD 11.5 billion in December 2016. This reveals Qatar’s attempts to interlock its interests with Russia, and thus makes it difficult to speculate the impact of the crisis on the long run.

The outstanding cooperation between Saudi Arabia and Russia in energy is expected to lead to several results, most importantly of which are the following:

2. Reach a fair price in oil markets: Riyadh and Moscow are expected to join forces to secure a fair price in oil markets within the range of USD 55 per barrel on average. That will help achieve good financial position for both countries, while ensuring its convenience to maintain the pace of growth of the world economy. The anticipated less severe volatility in price will reduce risks for both producers and consumers, boosting investments, growth and employment.

3. Scale up the investments: The average price is projected to be a good one securing appropriate revenues from the initial public offering of a part of Saudi Aramco.  In addition, both Russia and Saudi Arabia will step up mutual investment in the oil sector to cement their relations and common interests, which will likely cover not only economic aspects, but extend to achieve greater understanding and convergence regarding their political views.

To sum up, in light of recent developments in oil and gas markets, cooperation between Saudi Arabia and Russia regarding oil production is expected to increase significantly and that their common interests will allow them to overcome any possible points of contention outside energy policies. Given the influential role of Saudi Arabia in OPEC and being the second largest global oil producer, the increased cooperation with Russia- the first producer of oil globally, - will likely have positive impact on the stability of the global oil prices to be convenient for both producers and major importing countries, to maintain global economic growth prospects.